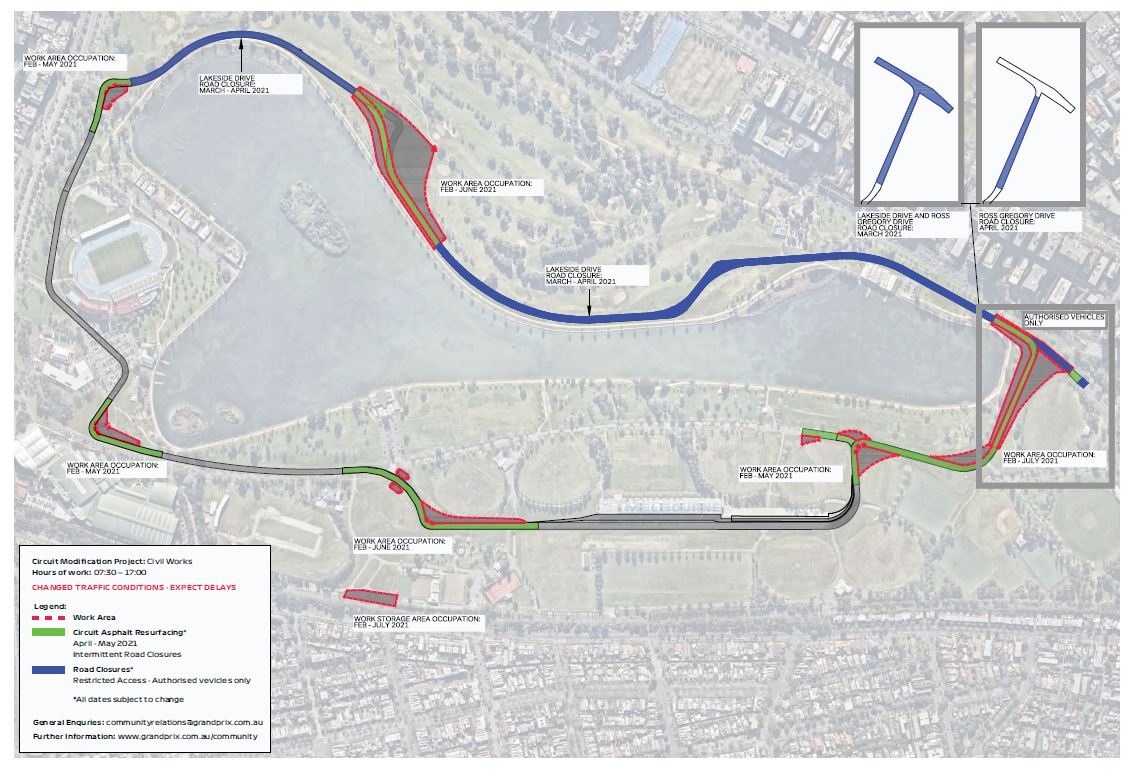 Modifications to the Albert Park circuit are set to begin on Monday in readiness for the 2021 Formula 1 Australian Grand Prix.

Geometric changes and resurfacing was planned to take place after this year’s race which has been postponed from March to November.

Initially it was planned to both modify and and resurface the circuit ahead of the 2022 race, though this year’s postponement has seen part of that project brought forward.

“We had to look at what the scheduling of works was before or after the November date, and what we could fit in,” Australian Grand Prix Corporation CEO Andrew Westacott told Speedcafe.com.

“The ability to make the geometric changes, the civil changes, the realignment changes, as well as doing the resurfacing wasn’t possible before the temperature dropped to levels where you can’t lay the asphalt mixes appropriately.

“This is not just your common garden variety asphalt mix you put on normal roads, they have stiffer binders, they have different characteristics, they have to be laid in a particular manner, and you have to do those when there’s warmer months.

“So what needed to be done was, with the phasing, we got the work done pre-Christmas which was pit lane widening. Those works are completed and were very, very well done and constructed.

“We’re now doing the geometric changes and we will put an asphalt mix down consistent with the asphalt surface in those areas.

“Post the November Grand Prix we will re-asphalt the surface with an asphalt mix that has a higher level of abrasiveness than the current mix that is down there, and has been down there since 1995.” 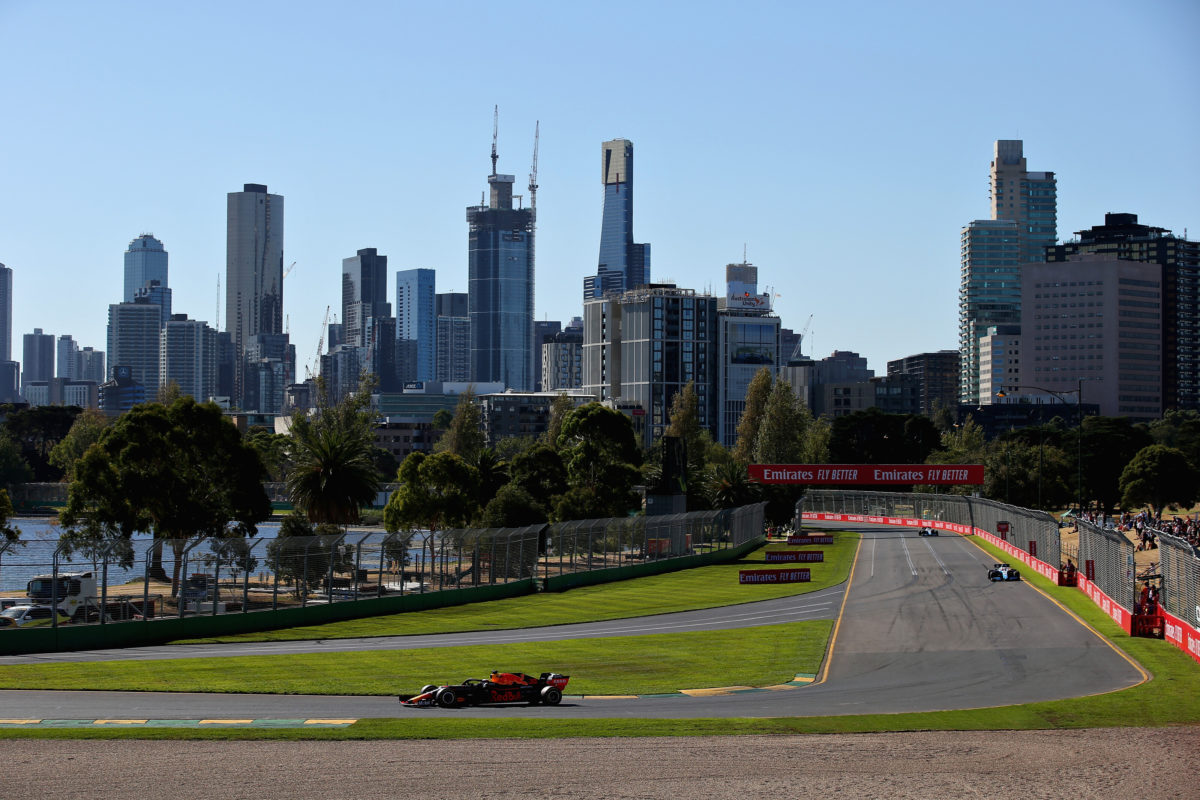 Most notable of the changes set to be made is at the Turn 9/10 chicane.

What has traditionally been a heavy braking zone into a 90-degree right-hander and a flowing left will be transformed into a sweeping right-left sequence.

Works at Turn 13 will see the entry to the corner widened, and camber added to the turn itself in an effort to encourage different racing lines.

“I’ll rely on the F1 simulations on the full throttle aspect, but it’s certainly going to be considerably faster through Lakeside [Drive] than it will have been in the past.

“That will mean two things; one it will mean Turn 11 and 12 becomes an even more critical part of the circuit, as does Turn 13, which will be deceleration from a much higher set of speeds.

Work on the circuit will begin from February 22 with road closures commencing in March, and be completed in July.

Albert Park is set to remain open throughout, aside from localised areas where work is being undertaken.