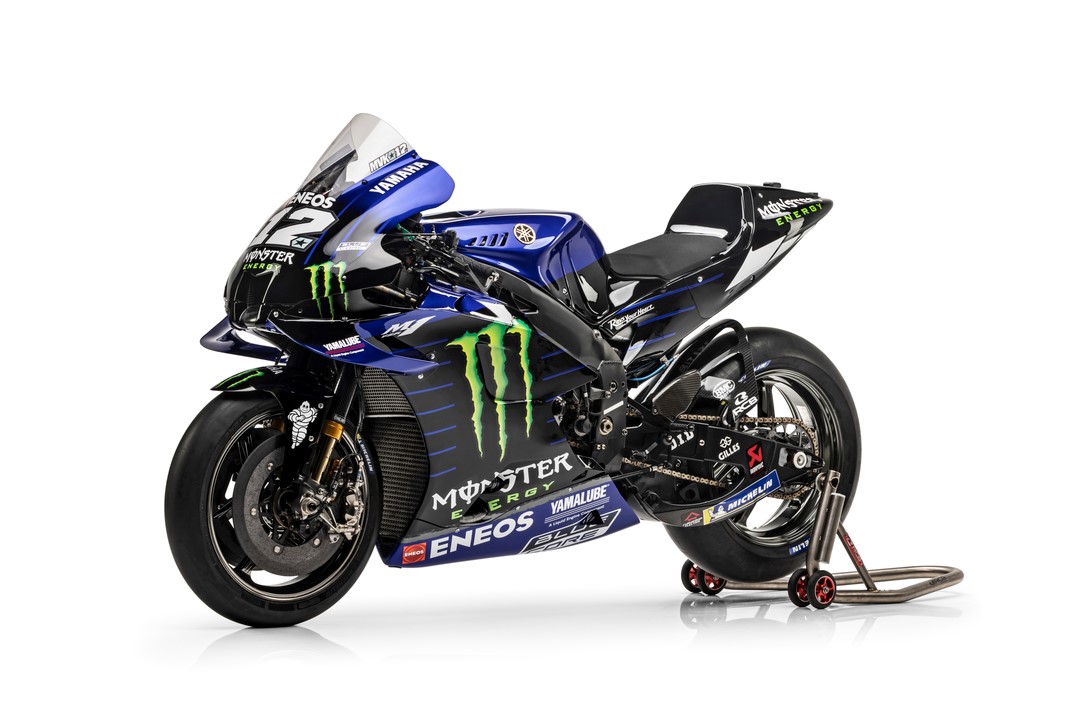 The Monster Energy Yamaha MotoGP Team has revealed its YZR-M1 ahead of the 2021 season.

Maverick Vinales and Fabio Quartararo will lead the team’s efforts in this year’s MotoGP World Championship, the latter taking over from Valentino Rossi.

Quartararo joins the factory Yamaha squad off the back of a standout second season in the top-flight world championship.

The Frenchman won the opening two races of the season at Jerez, later that year winning at Catalunya.

“Throughout my career I have always been moving from team to team – I like this. It’s exciting to work with new people and learn new things.

“I’m looking forward to the Qatar Test – it can’t come soon enough! I’ll finally get to try my Monster Energy Yamaha YZR-M1 for the first time.

“I’ve seen quite a lot of photoshopped versions of my number on the Factory Yamaha bike on social media, but – however well they are made – nothing compares to the feeling I got when I saw the real thing for the first time. I can’t wait to start riding.” 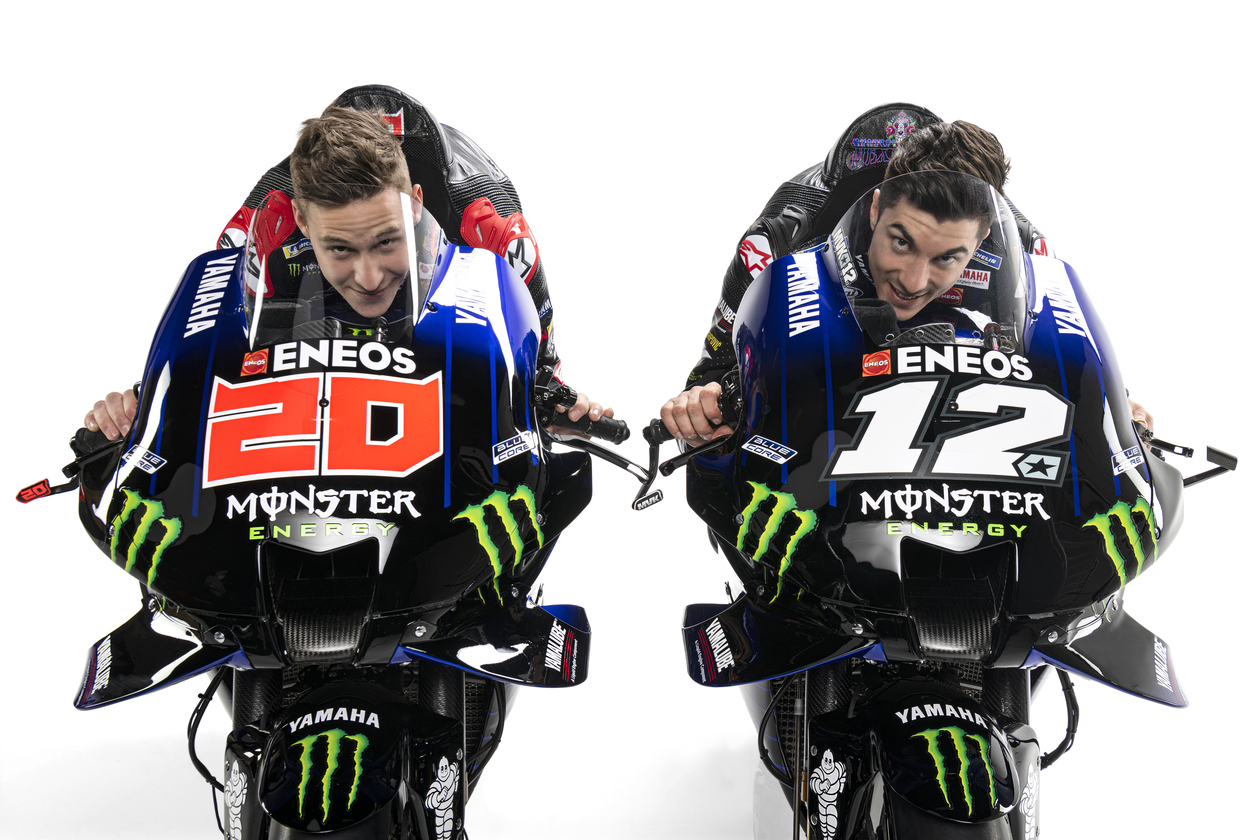 Quartararo’s team-mate Vinales claimed one win in 2020 at the second Misano event in what was a coronavirus disrupted season.

The Spaniard said he’s eager to get his season underway with pre-season testing.

That was supposed to take place at Sepang in Malaysia. However, the coronavirus pandemic has meant testing will instead be held at Losail in Qatar across March 10-12.

“Last year was a crazy year for all of us. We have left that behind us now and we’ll focus on what’s to come,” said Vinales.

“With the two tests in Sepang cancelled I will have to wait a bit longer to ride my M1 again.

“It’s a long winter break, so I’m feeling impatient to get to work, but in a good way. After having enjoyed some time of rest during the off-season, we are all excited to start work again.

“We don’t have a lot of testing opportunities – just the Qatar Test – so we will have to be on our A-game straight away.”

Round 1 of MotoGP is slated for March 26-28 with the Grand Prix of Qatar.

A week later the championship will race at the Losail International Circuit again for the Grand Prix of Doha. 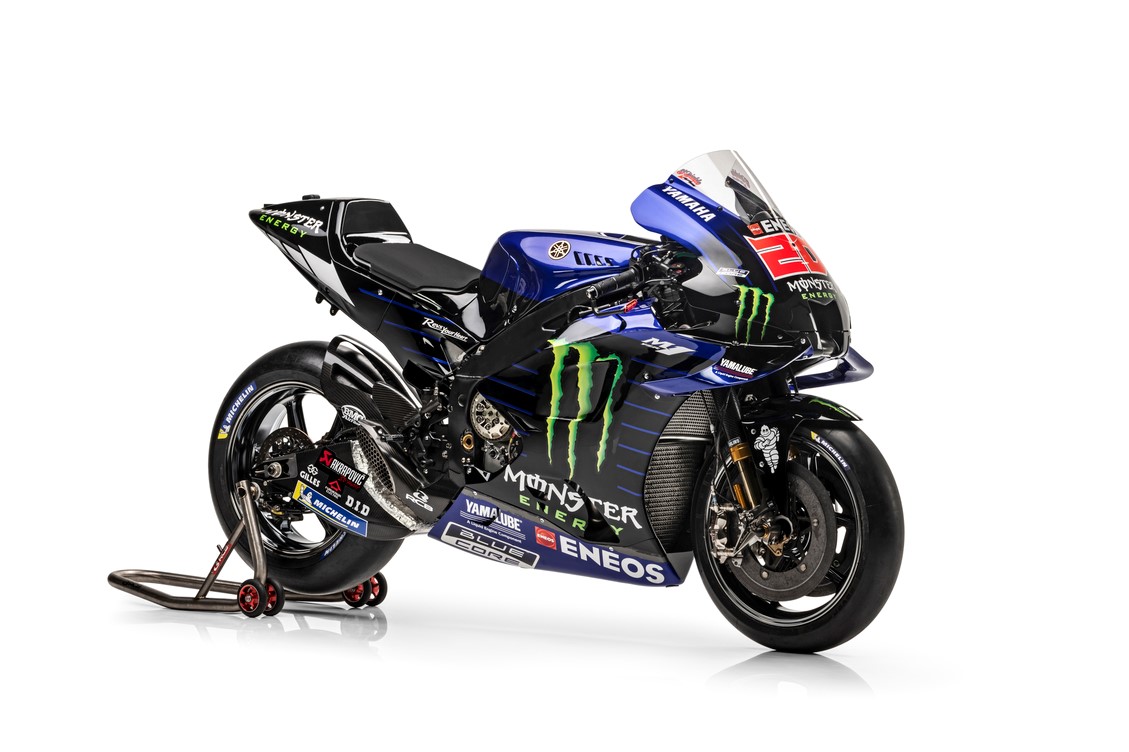 The Yamaha YZR-M1 to be riden by Fabio Quartararo