Ricciardo and Norris looking to learn from each other

Ricciardo and Norris looking to learn from each other 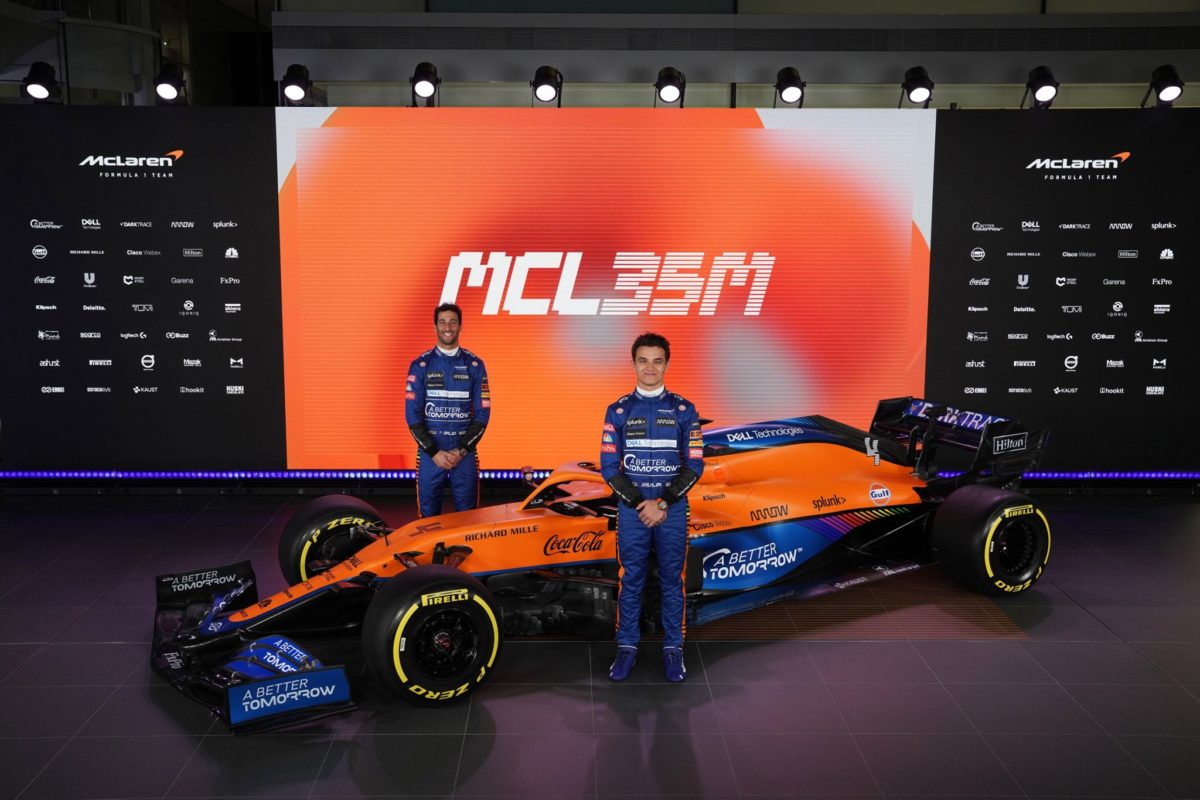 Daniel Ricciardo and Lando Norris with the MCL35M

Daniel Ricciardo and Lando Norris are looking to learn from one another as they embark on their first season as McLaren team-mates.

Ricciardo has joined Norris at McLaren for the coming season, bringing with him the experience of seven grands prix wins.

While the 31-year-old is set to embark on his 11th season in F1, it’s his first with McLaren, a team Norris has been with for the previous two years.

“So for sure there’s some things I can learn from him, particularly within the team itself and kind of integration into the McLaren family.

“I think every time you have a new team-mate it’s a real opportunity to learn something new,” he added.

“Whether it’s work ethic or a driving technique, or both, I’m always pretty open minded.

“I know every driver has confidence in themselves and their ability but I am very confident as an individual, but I’m also open minded.

“If there is something that I can take from Lando and use it to better myself then obviously I’m looking to learn as much as I can.”

Norris, entering his third year in F1, expects to be pushed by the Australian throughout the coming season, and hopes to return the favour.

Later this week McLaren is scheduled to shakedown its new Mercedes powered challenger, after which Norris expects to have a clearer impression of where Ricciardo’s strengths lay.

“I would already be able to take things away from just being able to do a few laps – learning from him, learning from his feedback and things on the simulator already I’ve been able to pick up on,” the Brit explained.

“In terms of how and where he’s going to push me more than ever, it’s difficult to know until we get into a proper pre-season test and we get into the first race, because that’s where everything kind of comes to life a little bit more and people show their true colours.

“I’m sure it’s going to be basically every area where he’s pushing me, and hopefully I’ll be pushing him, too. That’s the aim.”

Despite the difference in age, Ricciardo suggests he and his new team-mate share a similar approach to their work and hopes that will drive the team forward.

“I think we both have a similar approach to the game,” he ventured.

“Obviously we both love what we do, we enjoy our job, I guess, and we’re not afraid to show that.

“I think we have the same approach but also from a bit of a different generation.

“I think I’m 10 years on Lando, so I think it actually creates quite a good combination.

“Off track for sure we’ll always be seen to be having a good time but I do believe the competition on track will be good – it will be fierce – and more importantly, I think driving the team forward.”

The McLaren duo are two of the more popular drivers on the grid, and have had a number of light-hearted public exchanges which endeared them to fans.

However, despite those ‘matey’ interactions in public, Norris admitted the pair actually had little to do with one another prior to becoming team-mates.

“The only contact I had with him was probably when you saw it, and that was in press conference and interviews and so on, or just in the paddock, on the grid, those kind of things,” the Englishman revealed.

“We never really spoke, or very rarely spoke via text or on the phone or anything like that.

“I probably knew Daniel a bit more than when I knew Carlos entering Formula 1.

“I never spoke to Carlos once until the first day we actually met here in MTC (McLaren Technology Centre).

“With Daniel, obviously I know him a little bit more already, so it’s slightly different.

“Things are a little bit further along but days like today, we’re in the factory together, we’re doing maybe some interviews together or something like that – those are the days you kind of get to learn and get to know a bit more about the guy you’re working with.”