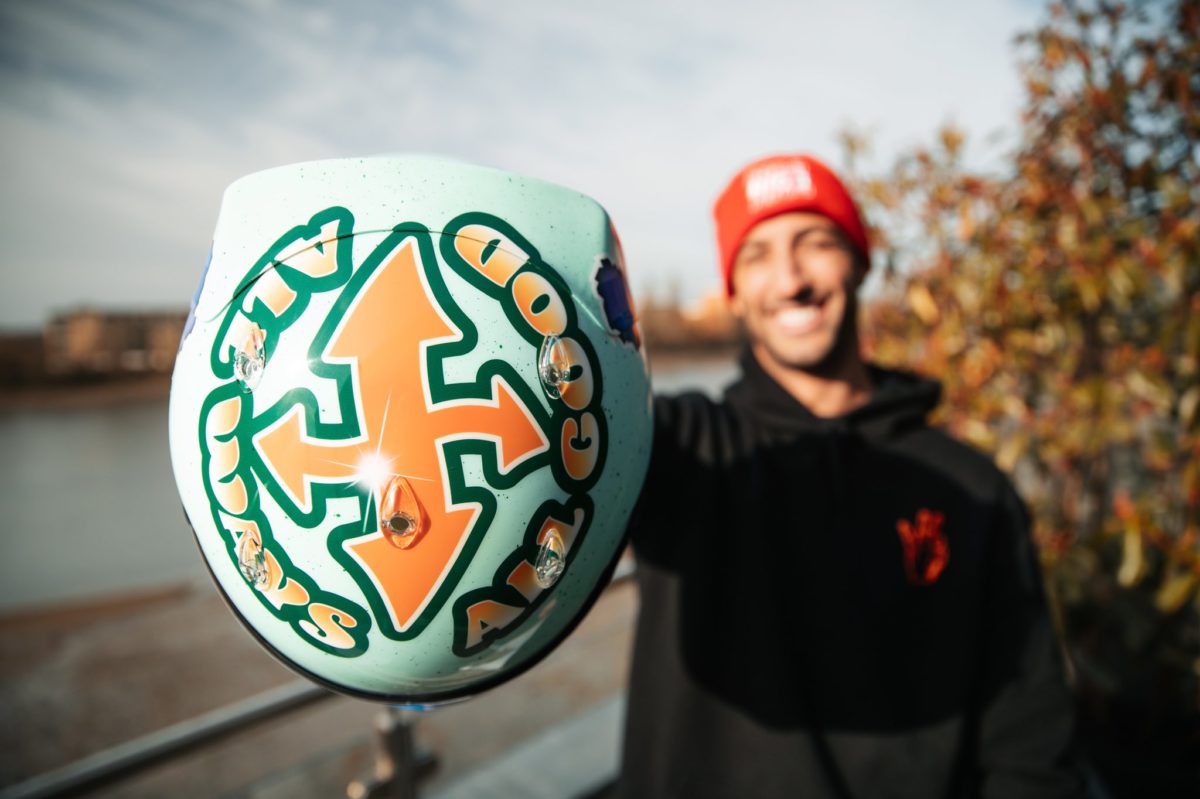 Daniel Ricciardo has shown off the helmet design which he will use in the 2021 Formula 1 season.

The Australian, who is about to embark on his first campaign as a McLaren driver, took to social media to show off the new look.

The top features an illustration of an arrow design pointing in four directions with the message “All good all ways”, while the back reads ‘Honey badger’, Ricciardo’s nickname.

Another of his trademarks, the #3, appears on at least the left-hand side while the ‘Conifer Race Service’ reference on the rear identifies the designer, Nicolai Sclater.

Branding of personal and McLaren sponsors, plus mental health charity Mind, also appear on the lid.

The 31-year-old’s reveal comes just under 24 hours from his first official engagement for his new team, namely its season launch at the McLaren Technology Centre.

Ricciardo signed with the McLaren F1 Team before the delayed start to his second season with Renault, and considers this his best chance to win the world championship.

He will be team-mate to young incumbent Lando Norris, who is “curious” about how the seven-time grand prix winner drives.

Following tomorrow morning’s (AEDT) launch, the Mercedes-powered MCL35M will have its first serious running in pre-season testing at Bahrain on March 12-14. 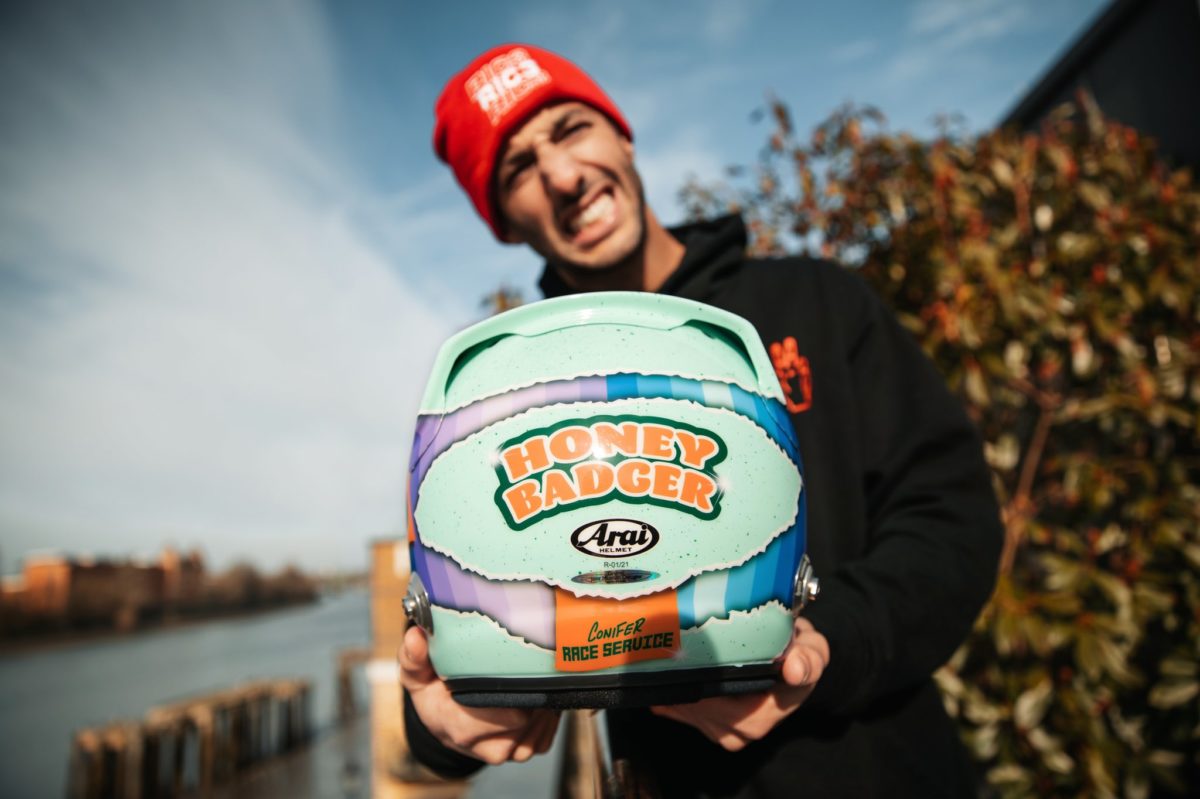