Push on to stop Bradl’s ‘unfair’ testing for Honda

Push on to stop Bradl’s ‘unfair’ testing for Honda 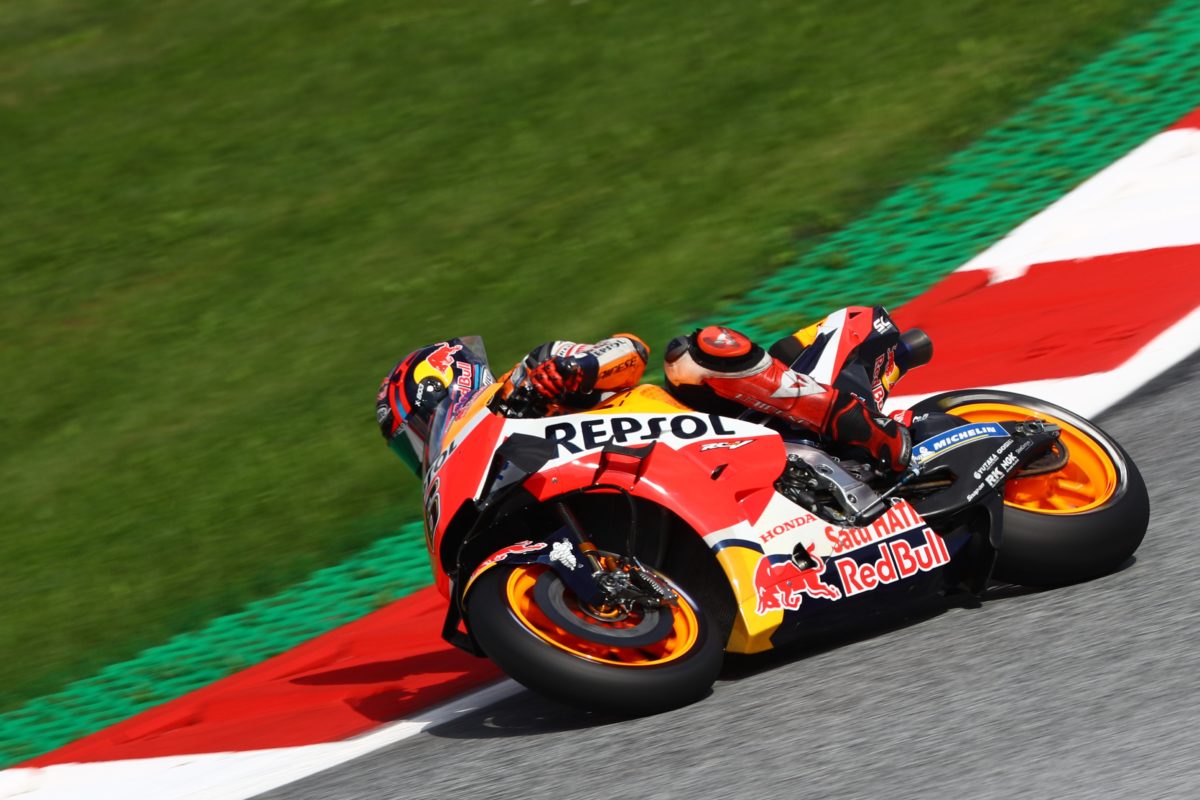 MotoGP’s manufacturers’ association will look at whether or not Stefan Bradl should be allowed to enjoy testing privileges while also filling in for Marc Marquez on an indefinite basis.

Bradl came to contest all but two MotoGP rounds which were held last year after Marquez broke his right humerus, and the German looks set to continue racing at the start of 2021.

However, in recent weeks he has also ridden the RC213V, Honda’s MotoGP bike, at Jerez and also held test rider status throughout 2020.

As such, he and Lorenzo Savadori, who had been Aprilia’s test rider until a late-season switch with Bradley Smith, arrived at the season finale at Portimao with experience on race bikes on what was a new venue for the championship.

While they and the other four factories’ testers were granted such a freedom in the test which was put on at the Portuguese circuit in the preceding month, the notional grand prix regulars were only allowed onto road bikes.

Notably, one of Bradl’s two top 10s for the year, a season-best seventh, came at Portimao.

According to KTM’s Pit Beirer, the Motorcycle Sports Manufacturers’ Association which represents the factories is now looking at whether there should be a cap on the number of grands prix which riders in such a situation can contest.

“As a world champion team, HRC [Honda Racing Corporation] had testing opportunities like only a concession team would otherwise have. That was unfair to the other manufacturers.

“That is why we will be discussing whether in future a test rider may step in as a substitute rider a maximum of three or four times a year.

“Our approach is not directed against Stefan, but it is about equal opportunities.”

While wildcards were dropped last year due to the pandemic, Bradl, being from a non-concession manufacturer’s stable, would ordinarily have been entitled to three starts in his capacity as a test rider.

Even concession manufacturers, being those whose results have not triggered a points threshold in a rolling two-year period, are normally only allowed six wildcard starts.

Honda’s test rider, on the other hand, ended up entering 12 rounds in 2020, although he withdrew from one after Free Practice 1 due to arm pump.

Andrea Dovizioso remains theoretically available to take Marquez’s seat on a temporary basis, but a key HRC manager suggested in Japanese media earlier this month that the Italian is not “interested” in doing so.

As such, it appears Bradl will continue to fill the dual role, meaning he will join the other test riders and the 2021 rookies for the Shakedown test on March 5 at Losail.

The rest of the field will join them on track when the Official Test takes place on the following two days.