Mercedes to start 2022 talks with Hamilton ‘much earlier’

Mercedes to start 2022 talks with Hamilton ‘much earlier’ 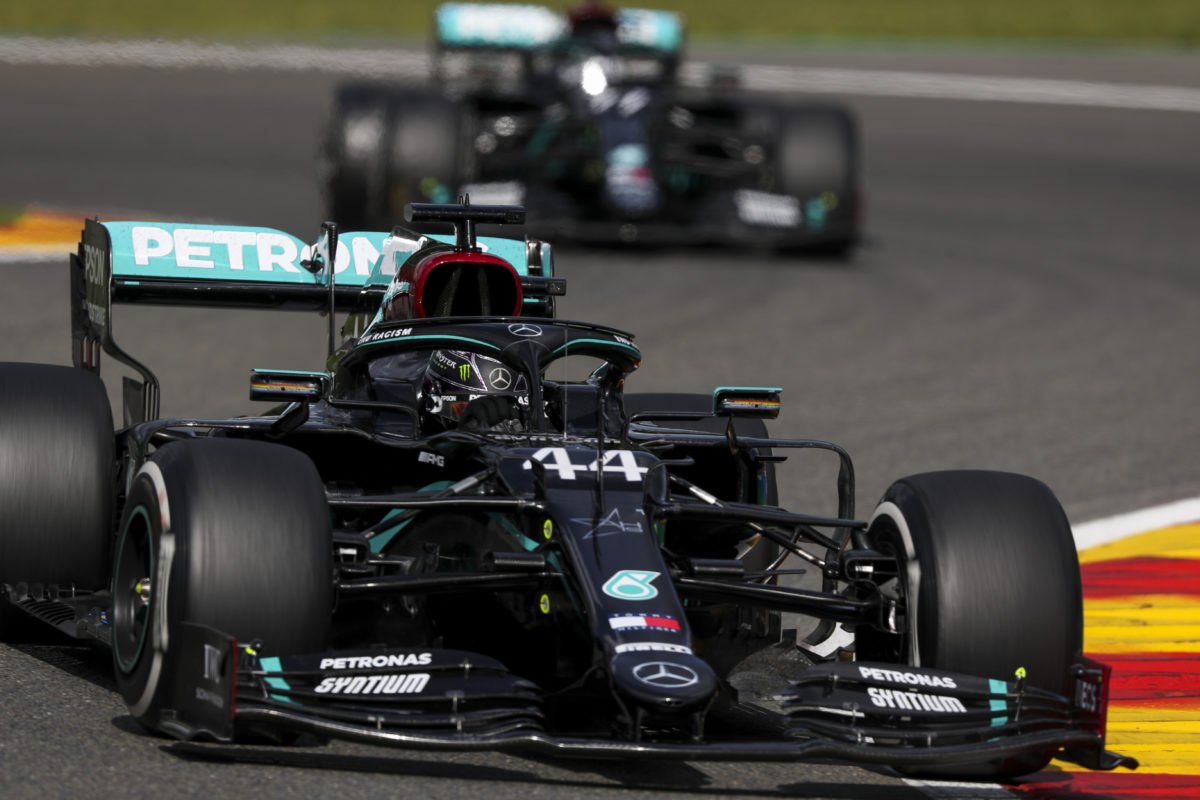 Negotiations between Mercedes and Lewis Hamilton over a contract for 2022 are set to start “much earlier” given how late the recently concluded talks wrapped up.

Hamilton will stay on with the Mercedes-AMG F1 Team for at least one more year despite not having an agreement until just over a month from the start of 2021 pre-season testing.

According to team principal Toto Wolff, one of the main reasons for that single-year term was simply to finalise a contract before the season gets underway, although the Austrian also claimed “there was not a moment where we thought he would not sign”.

Instead, it was Hamilton contracting COVID-19 in the latter stages of the 2020 campaign which is said to have held up the renewal process.

With that in mind, Wolff says that talks over 2022, and potentially beyond, will commence “Definitely earlier than the 2021 deal.

“It’s always tricky to find some time whilst racing but we have learnt the lesson that external factors can delay discussions and we don’t want to end up in January again, so we are probably going to pick up checking about 2022 much earlier.

“We agreed jointly that we didn’t want it dragging on as much or as long as we did this time around and we are trying to find some time together during the season.”

Despite the new agreement being something of a stopgap, it does include a commitment to what the Anglo-German team referred to as a ‘joint charitable foundation’.

Hamilton was particularly outspoken on social matters before and during the 2020 season, and Mercedes even traded its Silver Arrows livery for black as an anti-discrimination message.

The foundation, says Wolff, also demonstrates the two parties’ commitment to each other despite the brevity of their current contract.

“The foundation was a joint idea that came up whilst we were discussing the new contract because we felt that making a real financial contribution to our diversity and equality project was an important statement,” he explained.

“Also on that topic, it felt the right thing to do and it shows our long-term commitment to each other because it is a multi-million investment into the foundation which we are going to run jointly.

“We felt it was a very important topic to address.”

However, it was in fact the brainchild of Ola Kallenius, the chairman of Mercedes’ automotive business.

“Lewis was enthusiastic about the idea,” recounted Wolff.

“We are going to run it jointly and it also shows that there is an alliance and a relationship much beyond 2021 but in the long term.

“As I said before, we’ve invested substantial million euro amount into the foundation which is a real commitment from us to have an impact.”

Mercedes’ season launch will be held on March 2, before testing in Bahrain on March 12-14.