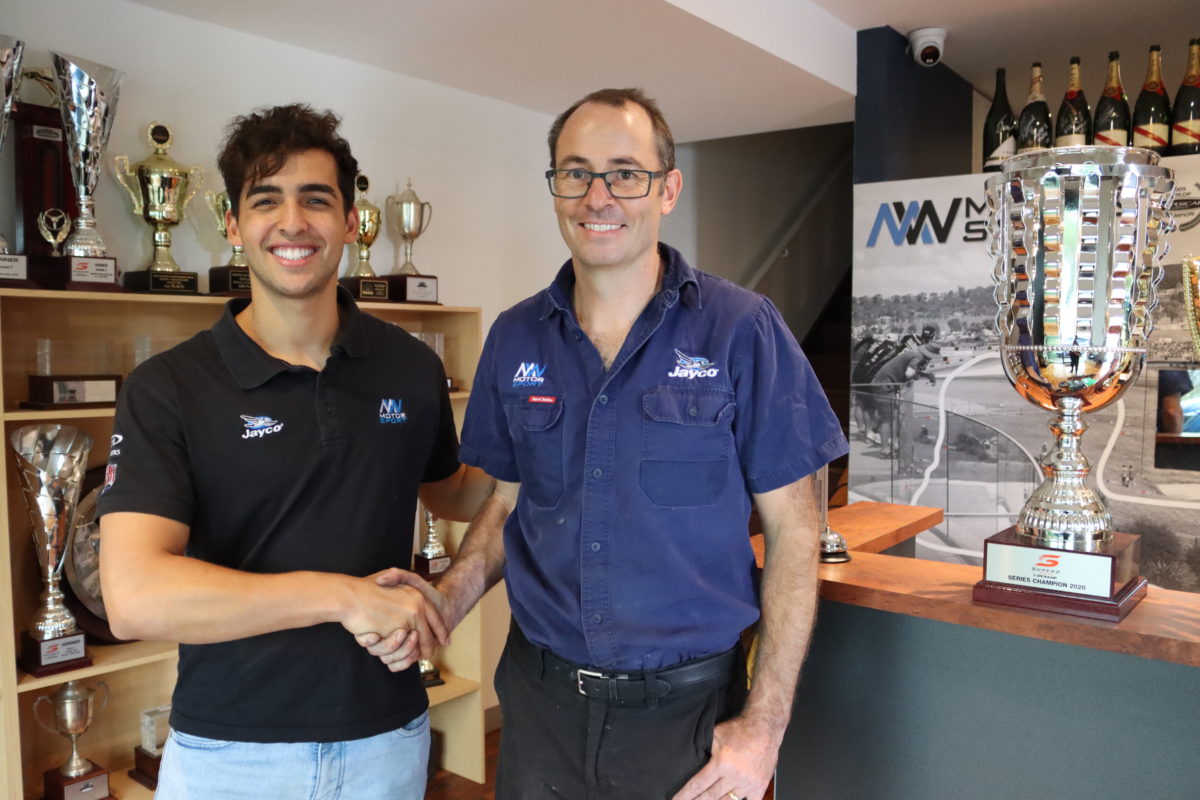 Jayden Ojeda will remain with MW Motorsport for the 2021 Dunlop Super2 Series.

The 21-year-old, who ended last year’s truncated campaign as top rookie, will pilot one of the squad’s four Nissan Altimas.

He’ll carry backing from long-time sponsors Jayco and Sparesbox while continuing to brandish the #31.

“MWM have had so much success in the category over the years so I am honoured to have the opportunity again in 2021,” Ojeda said.

“I was going through all the drivers in last year’s Bathurst 1000 and something like 18 drivers in that field had driven for MW Motorsport,” he added.

Team owner Matt White is excited Ojeda will remain with his operation for the coming year.

“We’re really excited to have Jayden stay with us for the 2021 Dunlop Super2 Series,” White said.

“Jayden made great progress last season and managed to exceed our expectations in his rookie season.

“He showed us he is capable of racing with the leading drivers, he managed himself really well in what was a most difficult season for us all.

“We are thrilled to give another young driver like Jayden the opportunity to continue to learn and progress their career.”

Ojeda finished fourth in last year’s series, chalking up three podiums in the final four races of the season.

He recorded finishes inside the top 10 on every occasion he saw the chequered flag.

The 21-year-old will be joined in the team by Josh Fife, Declan Fraser and MWM returnee Tyler Everingham, with whom Ojeda co-drove in a Bathurst 1000 wildcard last October.