Test all about ‘learning language’ for Van Gisbergen, Cauchi

Test all about ‘learning language’ for Van Gisbergen, Cauchi 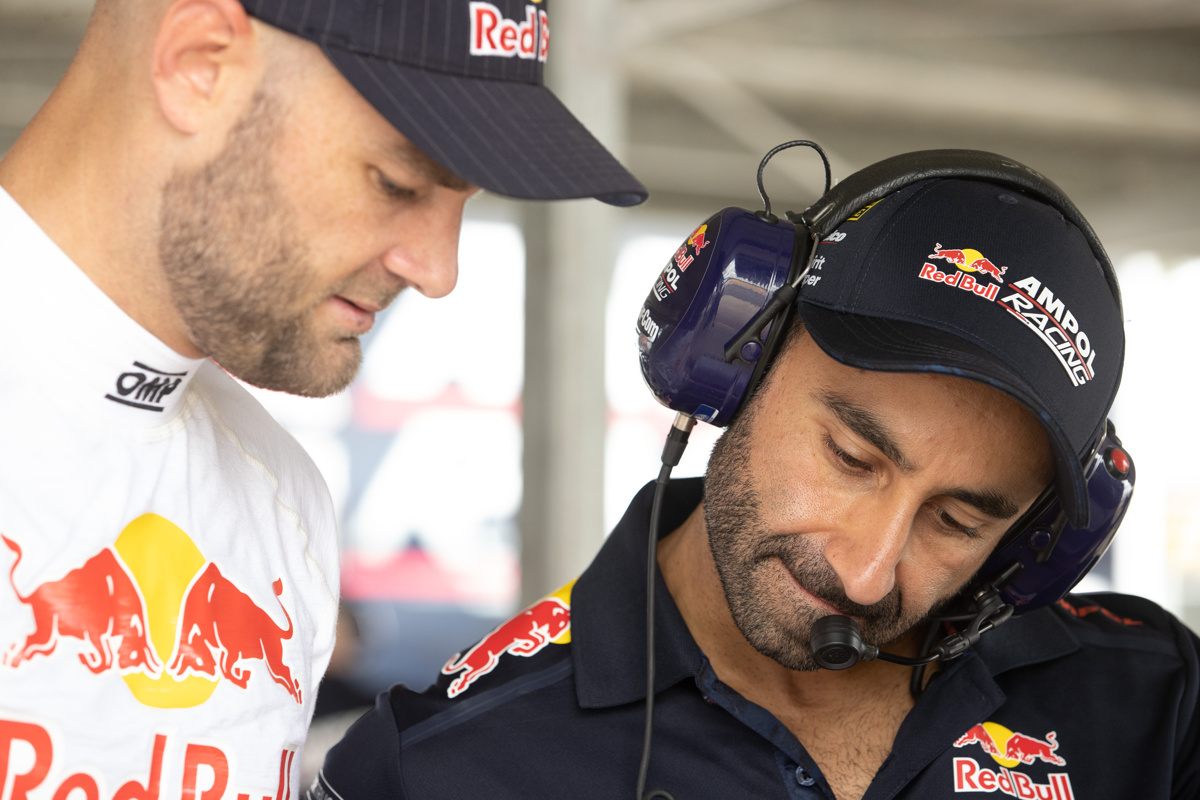 Shane van Gisbergen says his driver-engineer relationship with David Cauchi is off to a good start at Queensland Raceway.

This year Cauchi moves across to engineer the #97 Holden ZB Commodore to replace Grant McPherson who has taken up a performance engineering role at Walkinshaw Andretti United.

Cauchi, who previously worked as Jamie Whincup’s engineer on the #88, has been replaced in that role by Wes McDougall; formerly of Matt Stone Racing.

Speaking with Speedcafe.com, van Gisbergen said much of the test day has been about learning each other’s language.

“He sort of knows how I talk and describe the car anyway. Just how much certain words mean and how bad that is inside the car. You just learn that language a bit.

“It’s off to a really good start. I’m getting along really well. The last few weeks have been pretty intense, learning and deciding what we want to achieve. It’s pretty cool.”

The New Zealander’s return to Australia comes off the back of triple successes at home.

Van Gisbergen won his class in the City of Auckland Rally, a day later winning the Battle of Jacks Ridge overall.

More recently, the 31-year-old won the New Zealand Grand Prix after starting from the pit lane.

Earlier this week van Gisbergen drove a Toyota 86 and a Mercedes-AMG GT3 while coaching his Highness Prince Jefri Ibrahim of the Johor Royal Family.

Van Gisbergen relished a return to the hot seat of his Supercars, despite hot and slippery conditions at Queensland Raceway.

“The first time you put your foot flat, you just feel the power and it moves around.

“You’re shifting properly. I just hope they don’t go paddle shift next year because paddle shift is shit. These cars are awesome to drive. Hopefully we stay that way.

“I’ve driven some cool stuff, but I’m always meant to get in these. I love driving these the most.”

With just shy of an hour remaining in the day, van Gisbergen and co-driver Garth Tander had completed a little under 150 laps.