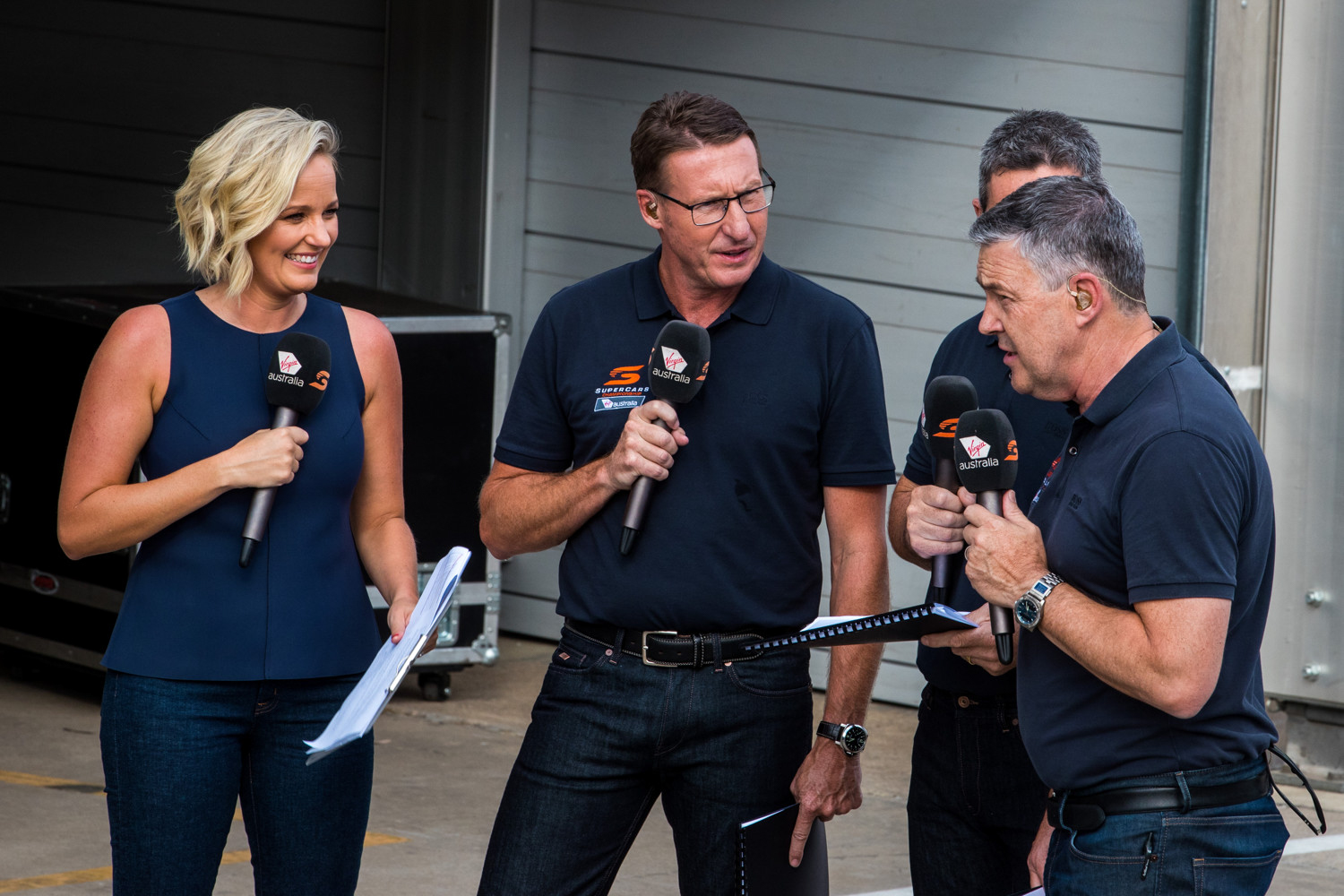 Supercars has confirmed the TV line-up for 2021

Supercars has confirmed its presenting line-up for Fox Sports’ and the Seven Network’s coverage ahead of the 2021 season.

Fox Sports has retained Jessica Yates to front its programme while “voice of the sport” Neil Crompton and five-time Supercars champion Mark Skaife will continue as lead commentators.

Despite reports Yates might miss the season opener with a baby on the way, category TV boss Nathan Prendergast said she is slated to attend every event this year.

Craig Lowndes will remain an integral part of the commentary line-up, albeit in a new-look presenting role.

Garth Tander joins the broadcast team for the forthcoming season in a “multi-purpose” role, which will also see him occasionally join Crompton during Supercars races later in the season.

Tander will take up pitlane reporting duties as well Super2 Series commentary alongside Chad Neylon, who also returns for 2021.

As previously announced, Mark Larkham returns to the coverage.

Mark Beretta of the Seven Network makes his return, ending a seven-year hiatus from the sport.

The Seven Network has also confirmed expanded coverage for the forthcoming Mount Panorama 500.

Notable omissions from this year’s coverage are Riana Crehan and Andrew Jones. While not part of today’ announcement, Matt Naulty is expected to be part of the support class line-up.

Greg Murphy is set to miss the lion’s share of the 2021 season, but has an agreement in principle to return when travel allows.

The Seven Network will show the season-opening Repco Mount Panorama 500 and Repco Bathurst 1000 among its roster of six free-to-air events shown live.

As yet, the free-to-air network has not confirmed its full line-up of events it will broadcast this year.

Alongside a refreshed television line-up, Supercars has also announced a new graphics package which will feature across both networks.

“It is a pleasure to announce our new-look commentary team in conjunction with Foxtel and the Seven Network as we prepare for one of the most anticipated Championships in recent times,” said Supercars head of television Nathan Prendergast

“The credentials of our commentary team are unrivalled, from some of the greatest drivers to have ever driven a Supercar, to Australia’s most respected and experienced commentators and presenters.

“We’re excited to integrate new talent who, alongside our experienced team, will continue to provide fans in Australia and around the world with exceptional coverage of the world’s most exciting touring car series.”

Managing director Seven Melbourne and head of network sport, Lewis Martin, added: “We’re counting down the days until the world’s greatest touring car championship returns to where it belongs, on Seven and 7plus.

“We are rapt to bring all Australians the passion, intensity, chaos and sheer excitement of V8 racing, with a fresh new commentary team that will give our new era of motorsport coverage a dynamic edge.

“There’s no better way to get things started than at Bathurst, the spiritual home of Australian motorsport.”