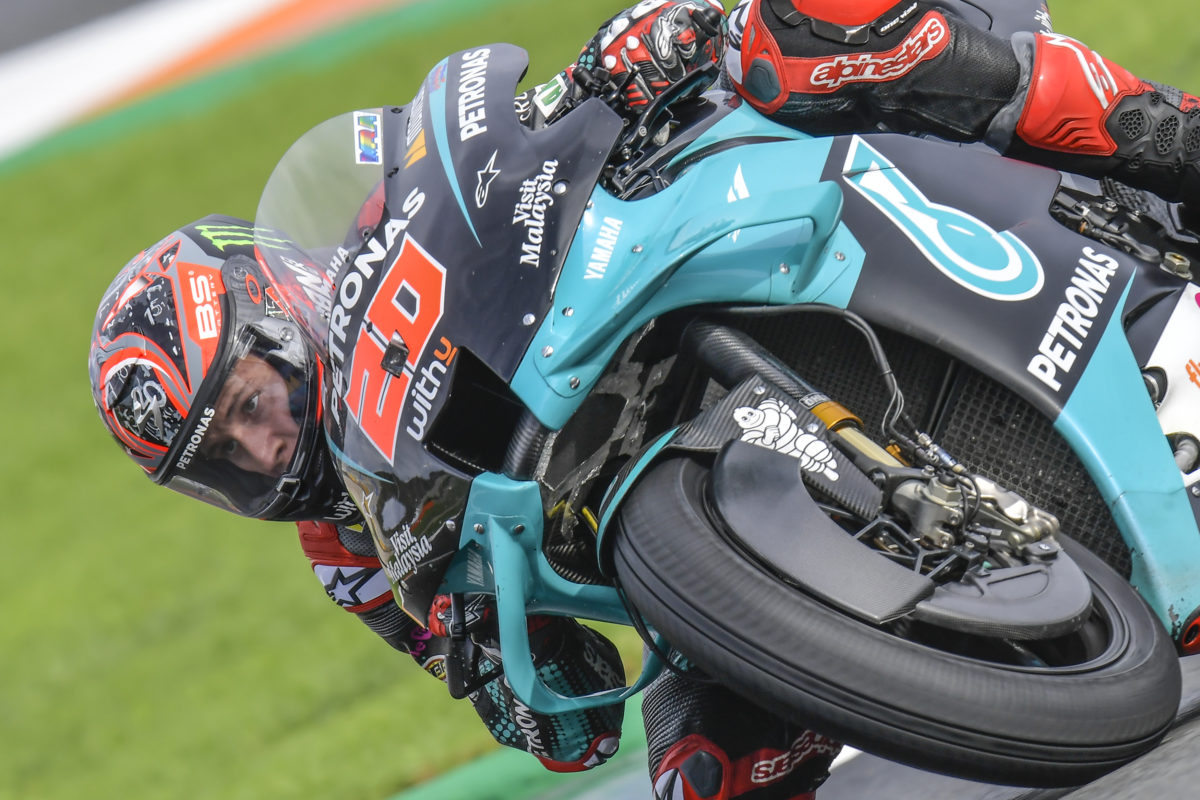 Future Yamaha Factory Racing rider Fabio Quartararo has revealed that he contracted COVID-19 shortly after the conclusion of the 2020 MotoGP season.

The Frenchman, who led the championship after winning last year’s first two races for SRT, took to social media to advise not only of the infection, but that he is back to a high level of fitness.

“After catching COVID in December, I lose some physical condition but [it is] great to be back at my top level,” wrote Quartararo in Instagram. 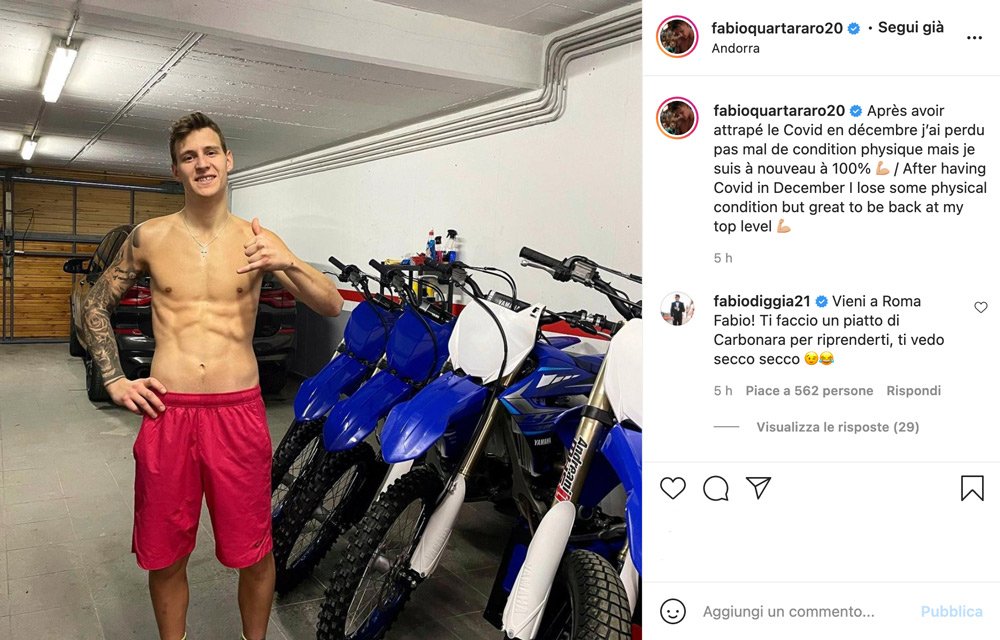 Ironically, the man who he replaces at Monster Energy Yamaha, Valentino Rossi, was the most prominent member of the MotoGP paddock to be infected by COVID-19 in 2020, missing both Aragon races as a result.

Tech3 KTM’s Iker Lecuona was also sidelined for the latter rounds of the season due to being a close contact of an infected person, namely his brother, while a number of crew members caught the coronavirus at other times, including from the factory Yamaha team.

Meanwhile, the condition of Gresini Racing owner Fausto Gresini, who has been in hospital all year with COVID-19, is improving again.

The two-time 125cc world champion’s health has fluctuated since he was transferred to a specialist coronavirus ward in December, but son Lorenzo has provided an encouraging update.

“As of today we are officially back in the race, dad is awake!” he wrote on social media.

“The tests are stable as well as the oxygenation, the kidneys are recovering, he continues to be on antibiotics and has no fever, the lungs are not in good shape, but they give some positive signs.

“Obviously a serious and fragile situation remains. Updates will follow.”

Gresini Racing remains Aprilia’s MotoGP team for one more season, before it reverts to Independent status.

The Shakedown Test is the first official track activity of 2021, on March 5 at Losail.