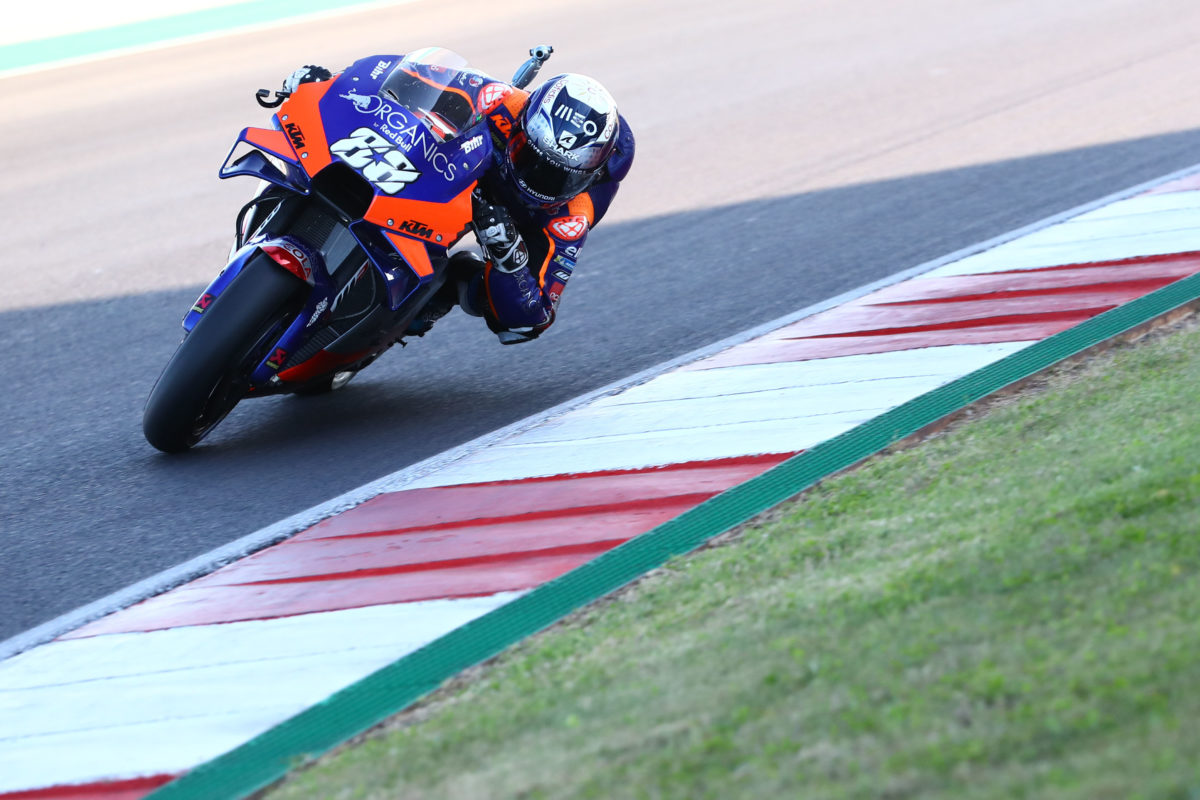 Miguel Oliveira on a Tech3-entered KTM

The deal, which applies from 2022 to 2026, grants the Independent Teams (non-factory) the right to participate in MotoGP and share the commercial benefits.

Ducati, Honda, and KTM have so far signed new agreements with Dorna, while Gresini Racing, LCR, and Tech3 Racing have already signed with IRTA.

“We could not be happier to announce another five-year agreement with IRTA and the Independent Teams,” said Dorna Sports CEO Carmelo Ezpeleta.

“I am proud of what we have achieved so far and I look forward to continuing our collaboration.

“One of the first things we did when we began in MotoGP [in 1992] was to start working closely with IRTA, and the historic levels of competition and interest in the sport are an achievement we are proud to share.

“It gives me great pleasure to watch our Independent Teams going from strength to strength and I very much look forward to at least another five years working together, pushing MotoGP to new heights once again.

“I also want to extend my personal thank you to both Mike Trimby [IRTA CEO] and Hervé Poncharal, their input into the Championship and the sport is invaluable and the relationship could not be better.”

Poncharal, IRTA President and Tech3 boss, said, “The 2021 MotoGP racing season hasn’t started yet, but we have already great news to announce to the world; Dorna, IRTA and the MotoGP class Independent Teams have already decided to extend their partnership for another five years from 2022 to 2026. This is the best news we could have.

“The times are not easy at the moment, therefore having security, having visibility and to be able to carry on working with the same partner is always a big bonus.

“To have a promoter like Dorna on our side, managed by Mr Carmelo Ezpeleta, is like a dream for all of us. The relationship since 1992, when we started to work together, has been excellent and has improved every single year. Any question or request arising from the teams or the riders is always taken into great consideration from Dorna.

“The safety, the racing, the technical side and the show has always been improving and I’m convinced that 2020 was an unbelievable year, where we saw nine different winners and a thrilling battle in each round. This is down to the hard work done by Dorna, IRTA, the manufacturers and the teams.

“I would like to thank Mr Carmelo Ezpeleta and the whole Dorna organisation for being on our side and letting us dream for another five years.

“For sure, we will step up and improve again in order to try to have the best possible show.”