Garry Jacobson will spend back-to-back seasons with a Supercars Championship team for the first time in his fledging career after confirming his agreement with Team Sydney runs to the end of 2022.

It’s been a bumpy start to life in the main game for the 2016 Super2 winner, moving on after lacklustre one-year campaigns at Kelly Racing and then Matt Stone Racing.

He’ll have two years to build a foundation at Team Sydney, however, in what shapes as a critical period for his career.

“I’ve never been able to actually have an off-season and be able to jump straight back into the same car with the same team so I’m looking forward to building a two-year campaign with Team Sydney,” he told Speedcafe.com.

“There are big budgets racing in main game and to survive and sustain a career has been a massive thing for myself, my sponsors and my family.

“To still have a drive, a seat, is fantastic, I’m very proud of what I’ve done so far.

“Last year I found that I progressed pretty quick from around 20th or so up to 10th or 11th a couple of times, so I want to get there again but way more consistently.

“So top 15s, keep plugging away and I reckon I can do it, I believe that I can.” 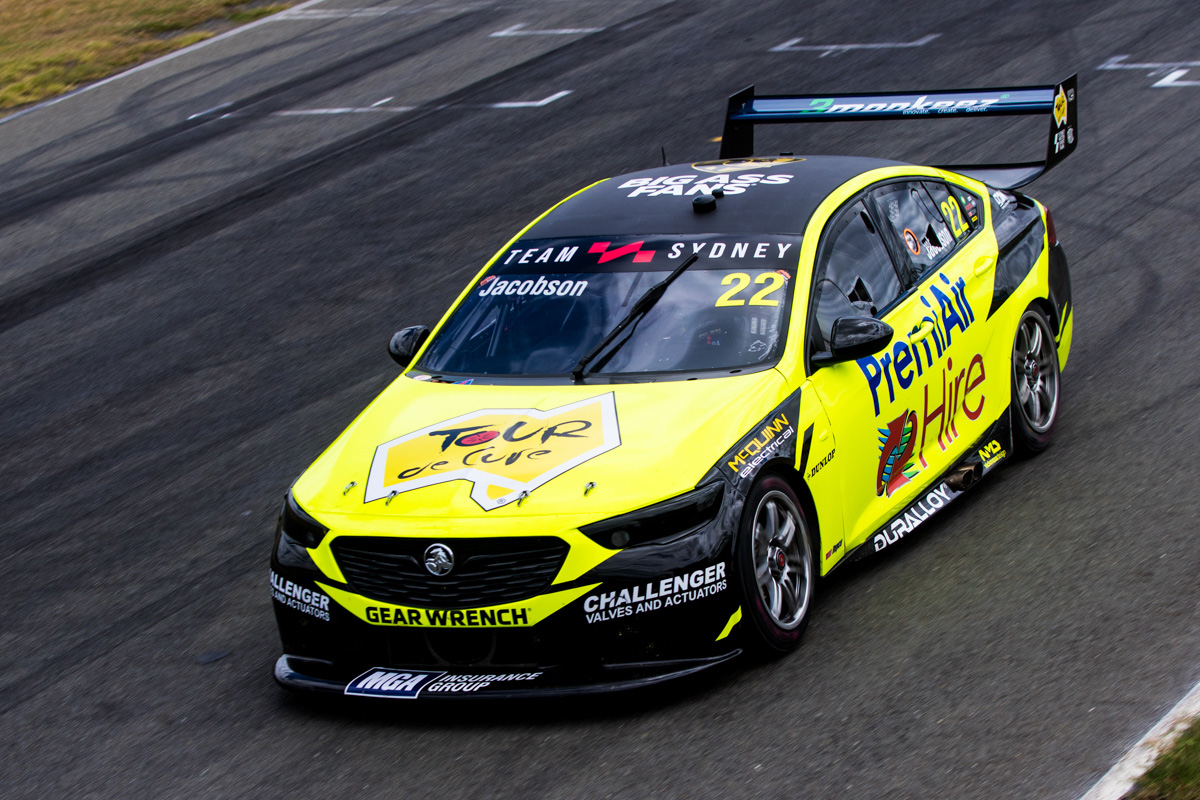 Jacobson will be engineered, at least initially, by Mark Robinson, who he worked alongside for the first time at the Queensland Raceway pre-season test today.

“We met today literally so we’re doing the best we can to understand our knowledge,” said the Shepparton product, who may move to Sydney later this year.

“He’s a great guy, he’s very calm. I know he has got a lot of experience already from just working a couple of hours with him.

“We’re all happy and we’ll go to Bathurst with a little bit more knowledge than what we had yesterday.”

Having noticed minimal differences compared to his previous MSR Commodore – both MSR and Team Sydney are Triple Eight customer outfits – Jacobson is looking to accomplished team-mate Fabian Coulthard as a benchmark.

“He’s been consistently up the front for the last five years so the guy knows how to race fast, whether he was with Brad Jones Racing or Penskes, so it’s up to me to learn as much as I can,” said Jacobson.

“Last year I was with the SuperLite drivers [Zane Goddard and Jake Kostecki] and I enjoyed that challenge but I have still got to move forward in my path, so being able to strive harder and push harder and catch him will be my mission this year.

“I need to push him because it will be better for the team, it will elevate us both and yeah I’m looking forward to seeing what progress we can make.”