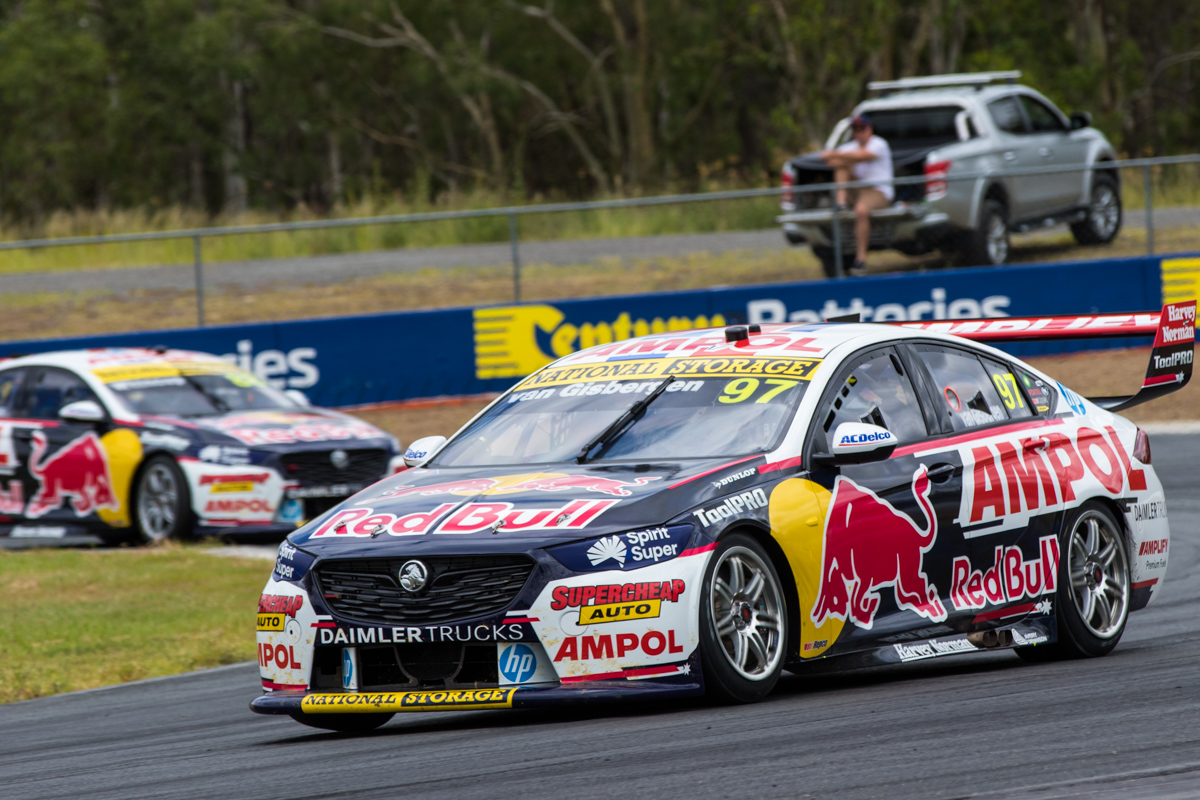 Zane Goddard was quickest in pre-season Supercars testing at Queensland Raceway, but it was Red Bull Ampol Racing that clocked the most laps.

The YellowCover Racing driver set a 1:09.0257s early on in proceedings when conditions were coolest at the Ipswich circuit.

Goddard completed 78 laps in all, his 16th lap the quickest of the day in the #35 entry.

The #88 and #97 entries completed a combined 297 laps, the van Gisbergen/Tander car cutting the most laps of all with 166.

Dick Johnson Racing returnee Will Davison was sixth, completing 90 laps with a best lap of 1:09.4946s.

For Matt Stone Racing, it was the second test of three for the team having had its first rookie day on Wednesday and another rookie day coming next Tuesday.

“The car feels a lot better. The whole team is doing a good job.

“Obviously Jack Bellotti has stepped up from data engineer to race engineer, so he’s doing a fantastic job and then having Nathan [Leech, MSR senior engineer] oversee that as well has been really productive.

“It puts me in a good mindset. I’ve got a lot of confidence in them, my mechanic is doing a really good job as well. I’m in a really good headspace.”

Southern-based Supercars teams were set to run at Winton Motor Raceway next Tuesday but have had their test pushed back due to Victorian lockdowns.