Free-to-air Supercars rounds not yet decided

Free-to-air Supercars rounds not yet decided 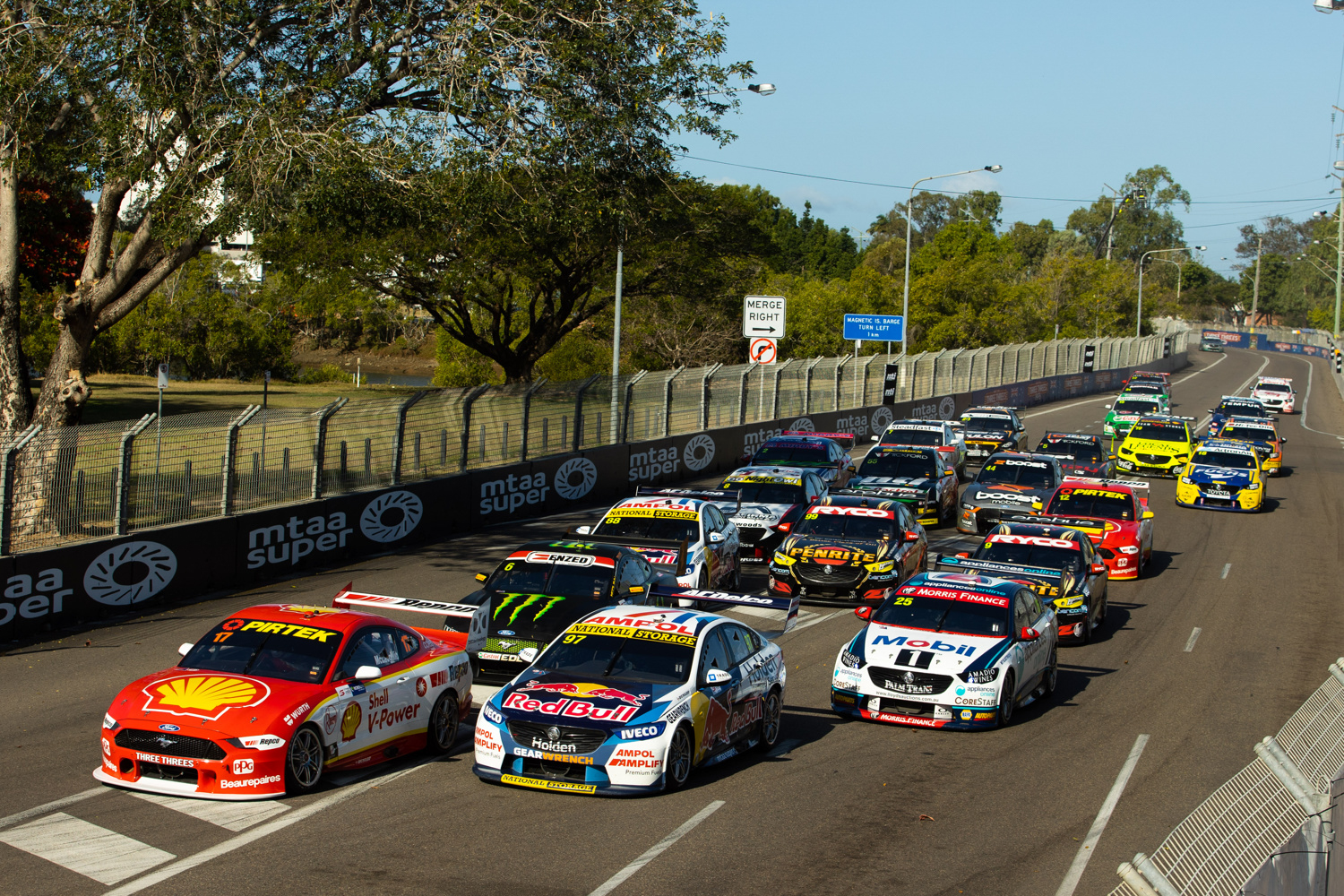 Townsville is tipped to be shown live on free-to-air

Exactly which rounds of the 2021 Repco Supercars Championship will be broadcast live on free-to-air television remains unclear, with only three marquee events locked in thus far.

As part of the sport’s new long-term broadcast deal in which the Seven Network replaces Network Ten as its free-to-air partner, a total of six rounds will be shown free this year.

One of those will be the season-opening Repco Mount Panorama 500 on February 26-28.

The Bathurst 1000 and season-ending Gold Coast events too will be covered by Seven, but beyond that is a mystery at this stage.

“We’re still working with them on finalising the remaining three.

“There’s still a couple of obvious ones to consider, but until I get clarification from them you can definitely say both Bathursts and the Gold Coast.”

Among the stops on the calendar that could fit that “obvious” category are the SuperNight events at Sydney Motorsport Park and Wanneroo Raceway, given the opportunity for prime-time racing.

Townsville too shapes as a feature event.

Should the Formula 1 Australian Grand Prix go ahead and Supercars be on its support card, the championship would have a seventh event broadcast on free-to-air, albeit by Network Ten.

Prendergast noted the Seven and Fox broadcasts will largely be a “one-production model”.

“Whilst this is a one-production model for the majority of the season, for the Mount Panorama 500 Seven will be doing some of their own hostings and segments between some of the races,” he said.

“So they’ll be delivering some of their additional talent like Jack [Perkins] and Brad Hodge, which will allow them to conduct some of their own interviews, deliver their own colour stories, and also do their own hostings.”