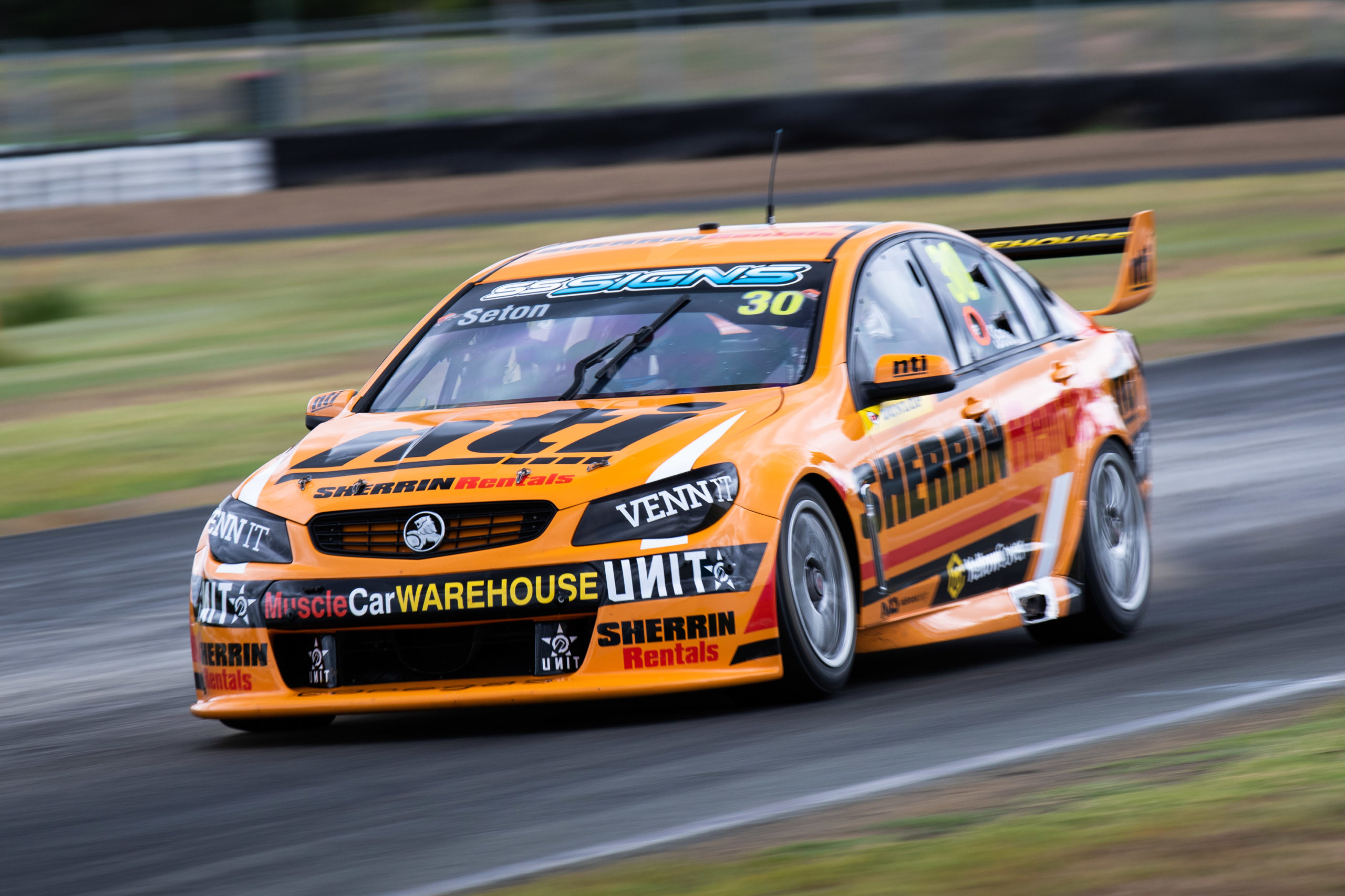 Aaron Seton’s journey towards following his family’s footsteps into Supercars’ top tier ramped up this week at Queensland Raceway.

The third-generation racer will compete full-time in the championship feeding Dunlop Super2 Series this year with Matt Stone Racing, the same team that took Todd Hazelwood to the 2017 title.

Speaking with Speedcafe.com, Seton said it was a successful test which focused largely on procedural elements.

“It’s just the general stuff, getting comfortable in the car, getting the seating position right – stuff that adds up – practicing some starts and working on technique as a driver and a few car set-up things,” said Seton.

“It’s looking positive. I’m looking forward to the next test next week, then obviously Bathurst and the rest of the season.”

The 22-year-old spent much of last year on the sidelines as the coronavirus pandemic wreaked havoc on the calendar.

Now the young gun will undertake double duties, racing not only in Super2 but the National Trans Am Series as well.

His Super2 campaign will be supported by father Glenn, who won the Australian Touring Car Championship in 1993 and 1997.

Former Supercars full-timer Dean Canto will also play a helping hand at the season opener, which will take place at Mount Panorama.

“We had a bit of a long break last year,” said Seton.

“We got to do Adelaide and then obviously COVID hit and it put a stop to a lot of things. It’s cool to be back in the car doing Super2 and Trans Am. I’m just looking forward to racing.

“Obviously I can’t thank the team and all the supporters enough in making all of this happen,” he added.

“It’s pretty cool and it’s great to have Dean and Dad involved. I’m just looking forward to the year and improving as a driver and developing the car as we go. It’s just really exciting.”