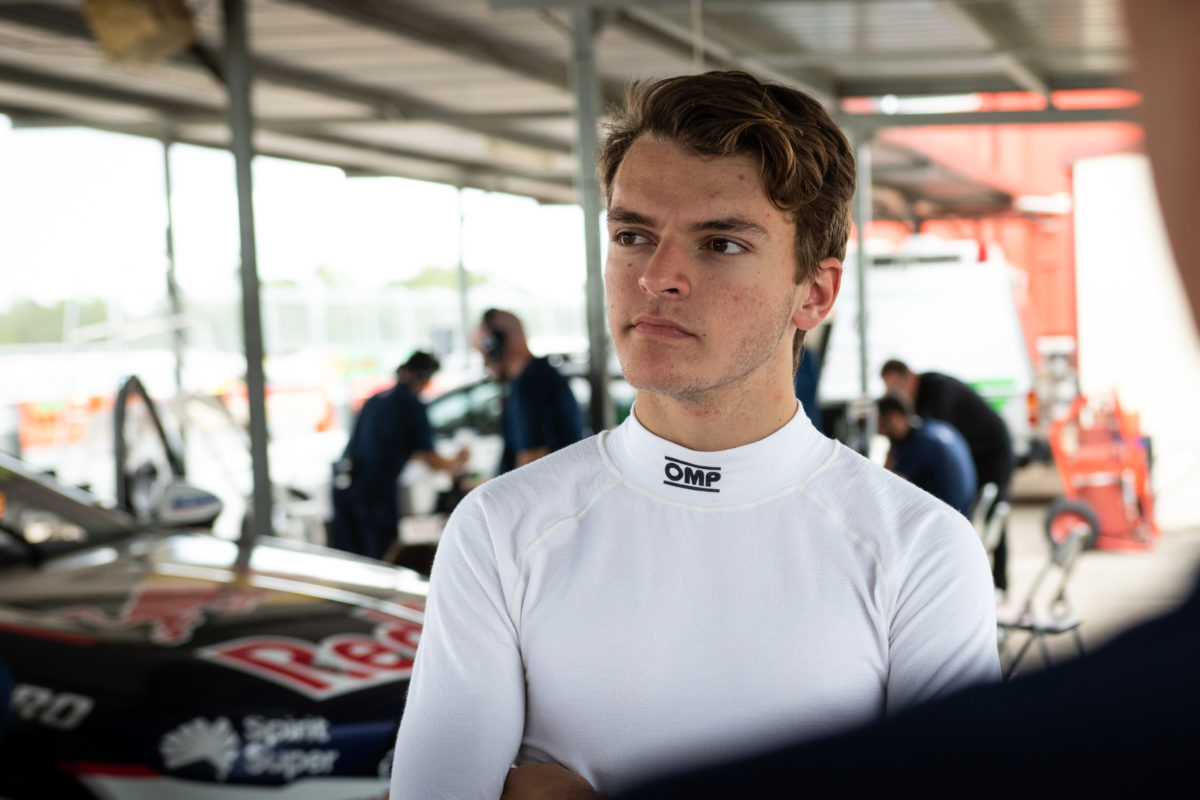 Angelo Mouzouris believes the addition of Broc Feeney to Triple Eight Race Engineering’s Dunlop Super2 ranks will be beneficial to his own development.

Mixed results led him to ninth in the standings, although there were promising glimpses including a top five finish at Sydney Motorsport Park.

Feeney, then at Tickford Racing, was two spots ahead overall and switches to Triple Eight carrying big expectations, not to mention the iconic #888.

Mouzouris is looking forward to seeing how he matches up against his fellow teen.

“It’s good having a baseline there that’s fairly competitive. Obviously that will help you gain lap time a lot quicker,” he told Speedcafe.com.

“Broc Feeney is a highly-rated young driver in Supercars and to have someone next to me in the same machinery, inside the same team, is a huge bonus,” he added.

Mouzouris has Chris Stuckey back as race engineer this year, having had the journeyman in his corner for the start of last year before Stuckey took up an opportunity to work on Alex Davison’s Team Sydney Supercar.

After two days of testing at Queensland Raceway this week, conversing closely with Craig Lowndes along the way, Mouzouris is ready to tackle the Super2 season-opener at Bathurst on February 26-28.

“It has been great to get the two test days under my belt ahead of the new season,” he said.

“Last year was a real challenge, but even to get three rounds was a big bonus. Compared to how green I was at this time last year, I certainly feel very prepared.”

Along with racing, the 19-year-old is chipping away at an apprenticeship through Triple Eight.

“Starting my fabricators apprenticeship is a really great way to learn more about another side of this business,” said Mouzouris.

“This is a game of learning and earning your place, and I can’t thank Roland [Dane], Jessica [Dane] and the team for the opportunity to continue my progress.

“I also know that if I rip a panel off my car, I’m the one who is probably going to have to fix it!”