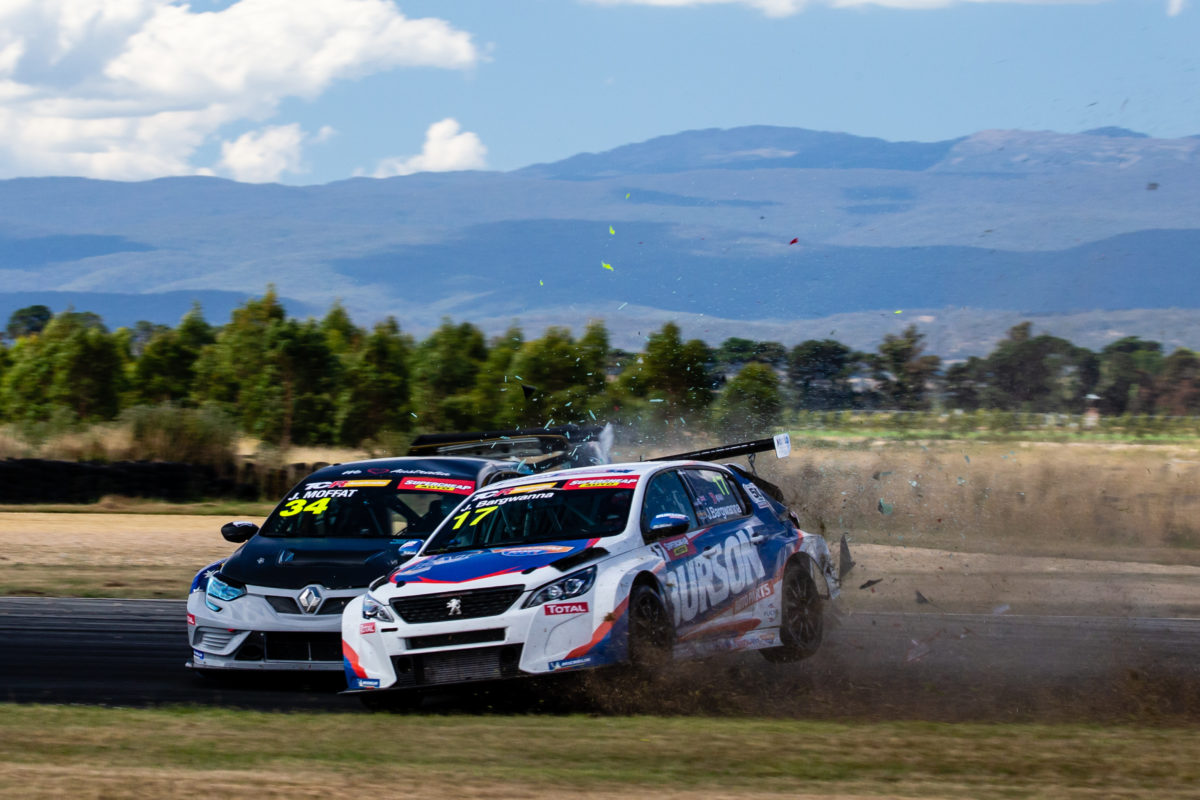 James Moffat will use a spare Renault for Round 2 of Supercheap Auto TCR Australia at Phillip Island after being caught up in a heavy crash at Symmons Plains.

Moffat was rounding the penultimate bend of the weekend in the opening round when he was taken out by Jason Bargwanna, whose Peugeot suffered a brake rotor explosion.

The Megane will be repaired, despite initial indications that it would be a write-off, but that will have to wait until after the Phillip Island event.

In the meantime, Moffat reverts to his original Megane, which will be upgraded to current homologation specification.

Both he and Bargwanna are part of the Garry Rogers Motorsport squad, as is Alfa Romeo driver Michael Caruso.

All three incurred damage at Boost Mobile Race Tasmania, the latter having tangled with another GRM pilot in Dylan O’Keeffe in Race 2. 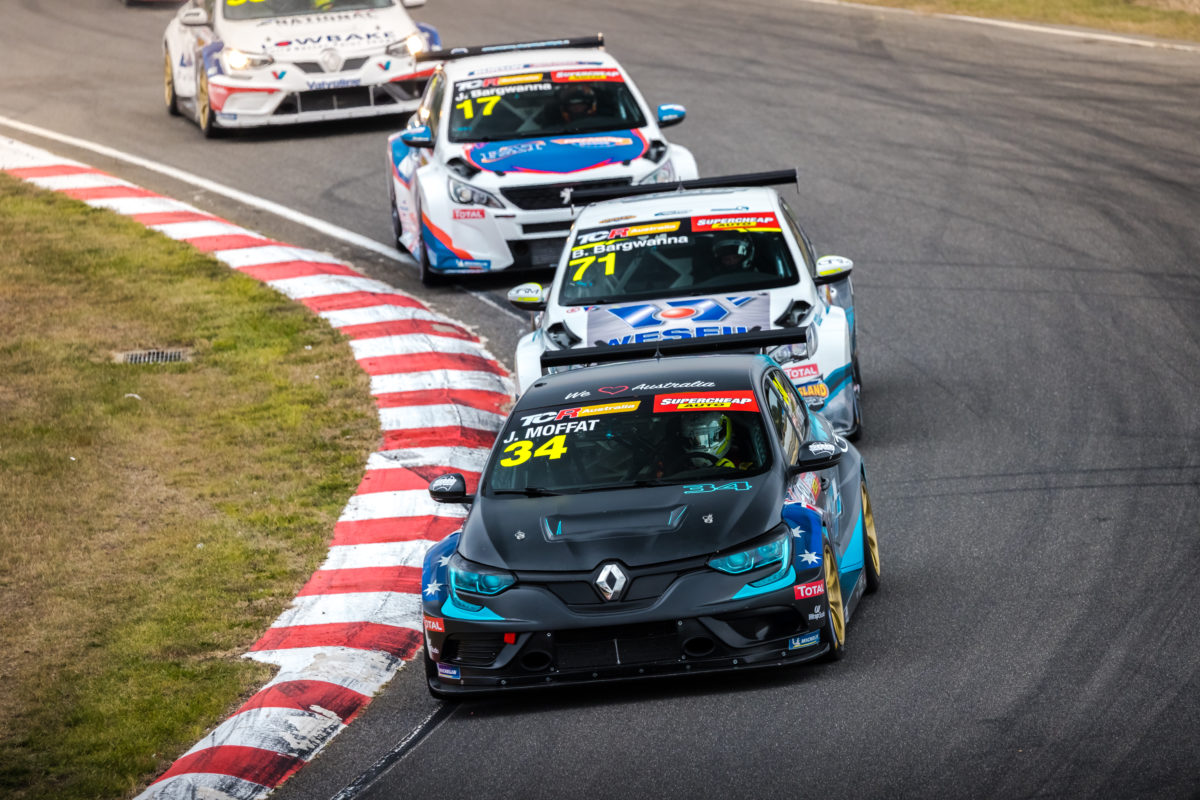 “Moff’s 2019 car will go into the fab shop today for the upgrades that it needs to reach the current specs, and we’re aiming for that to be ready early next week,” said team owner Barry Rogers.

“The running gear has been stripped out of his damaged car and that will be fitted to his old car ready for PI.

“Bargwanna’s Peugeot came out of the fab shop yesterday, and there was some minor body damage to Caruso’s Alfa to repair too.

“That car was still in racing order, but we’ve sent that through the fab shop to put in a new right-hand rear quarter.

“For sure, the boys are working flat out. Symmons Plains was a bit of a shocker for us, but that’s car racing. You can’t go to the track and not expect those things to happen.

“It’s just a shame when one incident does so much damage to your own cars.”

Jordan Cox, also out of GRM, leads the Supercheap Auto TCR Australia Series after the opening round.

The next takes place at Phillip Island alongside competitions such as the VHT S5000 Australian Drivers’ Championship, Fanatec GT World Challenge Australia, and the Australian Superbike Championship.

That event, known as the Australian All Wheels Race Fest, will be held on February 19-21.