Miller: Pressure from myself, not Stoner

Miller: Pressure from myself, not Stoner 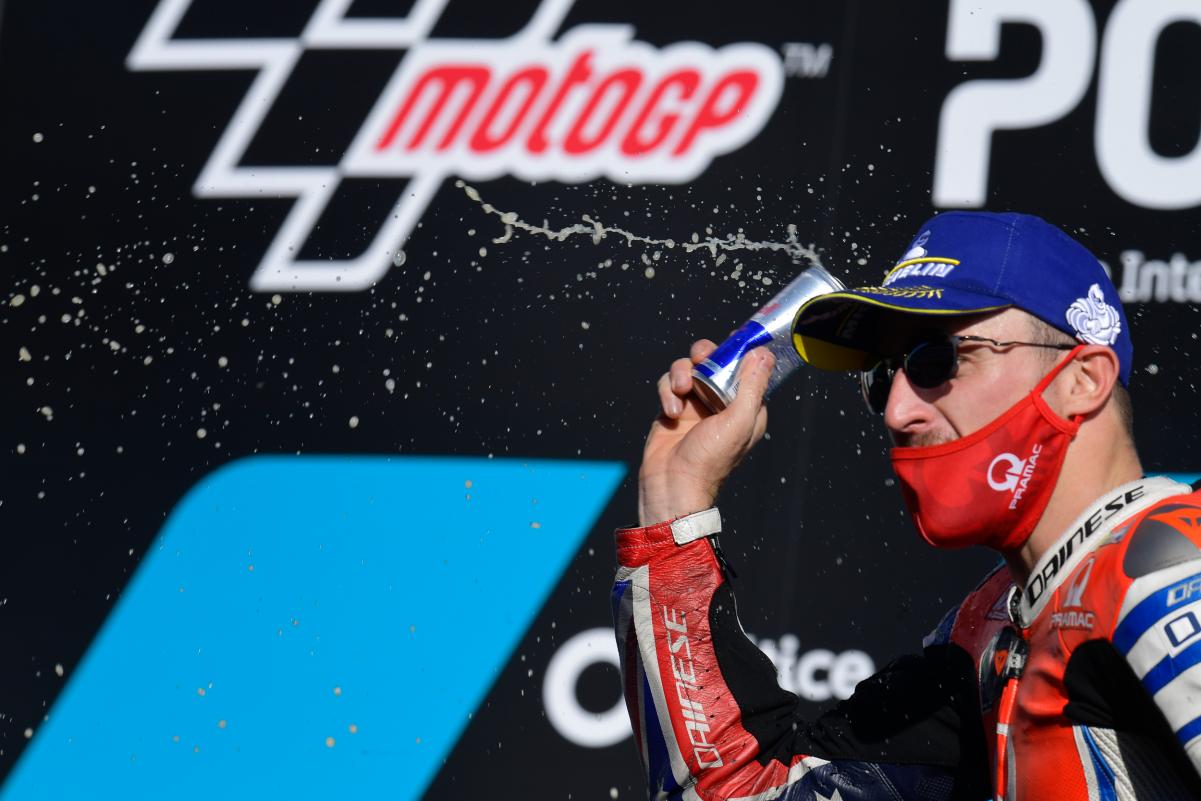 Jack Miller is putting pressure on himself to perform at the Ducati Team, rather than feeling burdened by the exploits of Casey Stoner.

Miller becomes a factory Ducati rider in 2021, 14 years after the Italian manufacturer won its only MotoGP riders’ championship title to date, courtesy of Stoner.

It was also in red that another Australian, Troy Bayliss, achieved ultimately glory three times in the Superbike World Championship, and won the 2006 MotoGP finale.

Despite obvious comparisons with his countrymen, particularly Stoner, Miller maintains that he is setting his own expectations.

“For me, a big motivation was growing up watching guys like Troy and Casey ride in these colours,” said the Queenslander following the Ducati Lenovo Team’s season launch.

“That’s why I think it means something extra-special for me as it’s something I grew up idolising.

“Pressure is what you put on yourself, I think I’m my own biggest critic.

“I put enough pressure on myself as is, I don’t need to go looking to try and find it.

“I don’t think it gives me any extra pressure.

“Those guys were and still are fantastic motorcycle riders and I’m just trying to be the best I can be, but for sure you want to arrive on those guys’ level. But only time will tell.”

There are similarities in the paths which Stoner and Miller took to get to the factory Ducati team.

Both debuted in the premier class at LCR Honda, with which the former achieved one podium in his single year there before joining the Bologna marque’s ranks.

Miller has one MotoGP race win to his name already, in the 2016 Dutch TT, but that was a rain-interrupted affair.

A grand prix victory for the 2020 constructors’ champions is his first goal in 2021, having come close particularly in the penultimate round of the last season at Valencia when he lost to Franco Morbidelli by 0.093s.

“I was close to winning a race last year, so my first goal is to do it,” said the 26-year-old.

“Logically, I want to fight for the title, so I won’t be stupid. Then we’ll see what happens.”

Miller also named Morbidelli as his biggest rival this year despite still not enjoying the latest Yamaha machinery, as was the case when the SRT rider finished runner-up to Suzuki’s Joan Mir in 2020.

“Nobody expected [Mir] to win the title last year. He did a great job,” declared the now ex-Pramac rider.

“But, seeing the last part of last year, my biggest rival will be Franco Morbidelli. Although there’s some doubt, because he won’t have an updated bike, and I think that’s really strange.

“However, I don’t exclude riders like [factory Yamaha team-mates Fabio] Quartararo and [Maverick] Viñales and many others.

“There are many competitive riders.”

Miller and Francesco Bagnaia, who makes the same move from Pramac, were already contracted Ducati riders before receiving their promotions.

The former therefore keeps the same Crew Chief, Cristian Pupulin, and Data Engineer, Andrea Mattioli, but had been looking forward to having greater engineering support during grand prix weekends.

Furthermore, he is a known quantity to those engineers from his time at Pramac.

“Pupulin, my telemetrist, and a mechanic will come with me,” explained Miller.

“The biggest difference is that there will be more people working with me. It won’t change much.

“I spent three years in the garage next to them, playing music and annoying them. They know me and know what I want.

“But it’s nice to keep working with the people you’ve built a relationship with.

“Both they and I are motivated to achieve the same goal. I think it’s a great way to work with young people.”

Miller is riding a Panigale road bike today (Thursday, local time) and tomorrow at Jerez, before he gets to hop onto his Desmosedicis in the Official Test at Losail on March 6-7.