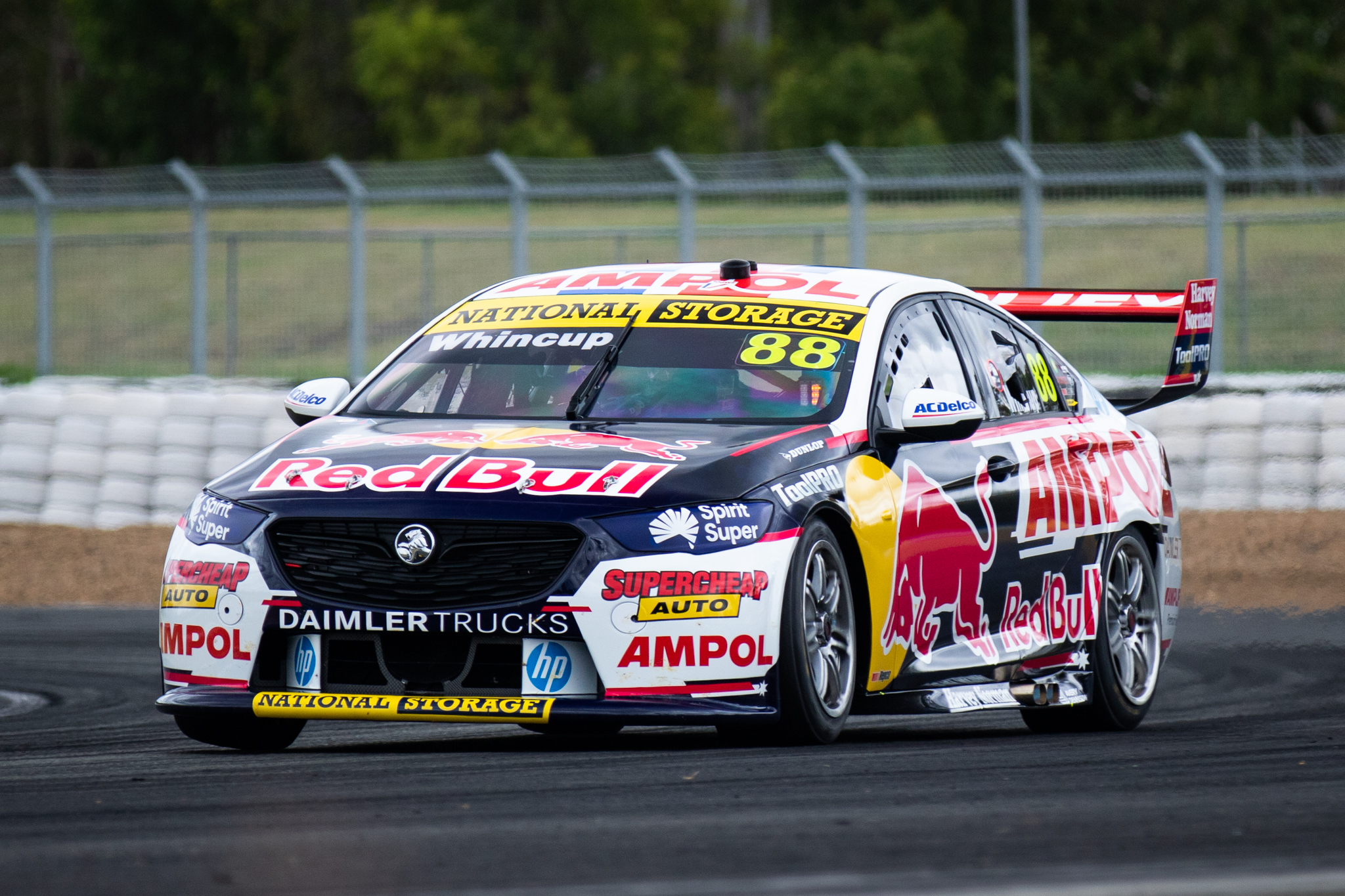 Jamie Whincup has named his new chassis ‘Risa’ following his first hitout of the year with Red Bull Ampol Racing.

Risa caused Whincup some trouble in the morning, battling a few teething issues including a transaxle problem. However, that was quickly resolved.

“There were a few little things but nothing more than any other shakedown of a brand new car, so we were just working through that,” Whincup told Speedcafe.com.

“The car feels solid and it’s an encouraging day.

“It was all pretty standard stuff,” he said of the teething troubles.

“The dash configuration has changed quite a bit. Supercars have changed the amount of logging and the way the dash operates, so there was always going to be a few things there.

“Everything felt good, apart from a few niggling issues, but we got them sorted as the day went on.

“It’s what a shakedown is all about, so we can feel the car so when you get to the test day you can have a solid test like everyone else. We achieved what we wanted to achieve.”

Triple Eight Race Engineering team manager Mark Dutton also noted the changes to the dashboard geometry as being a hurdle to overcome early on in the year.

“We had one little transaxle thing, which wasn’t a major, but apart from that everything ran smoothly,” said Dutton.

“There’s been a lot of configuration and dash changes just for the rule book. It’s just checking everything is the way it should be with the regulations.

“There’s a whole heap of stuff that’s been removed that you can no longer do, things that have been built up over 15 years, so when you do a full reset and start from scratch, there’s things you notice that have changed.”

Whincup said today’s shakedown will give him and the team a solid footing ahead of Friday’s full test day.

“We should have a solid car for Friday to do some testing,” said Whincup.

“Friday is all about going fast and trying to learn the car, learn the tools, and get some performance out of the car.

“Today is about making sure everything is operating and running as well as it can.”

Triple Eight Race Engineering will be joined by Dick Johnson Racing, Matt Stone Racing, and Team Sydney at Queensland Raceway on Friday for the pre-season test.