Miller was forced into surgery during COVID quarantine

Miller was forced into surgery during COVID quarantine 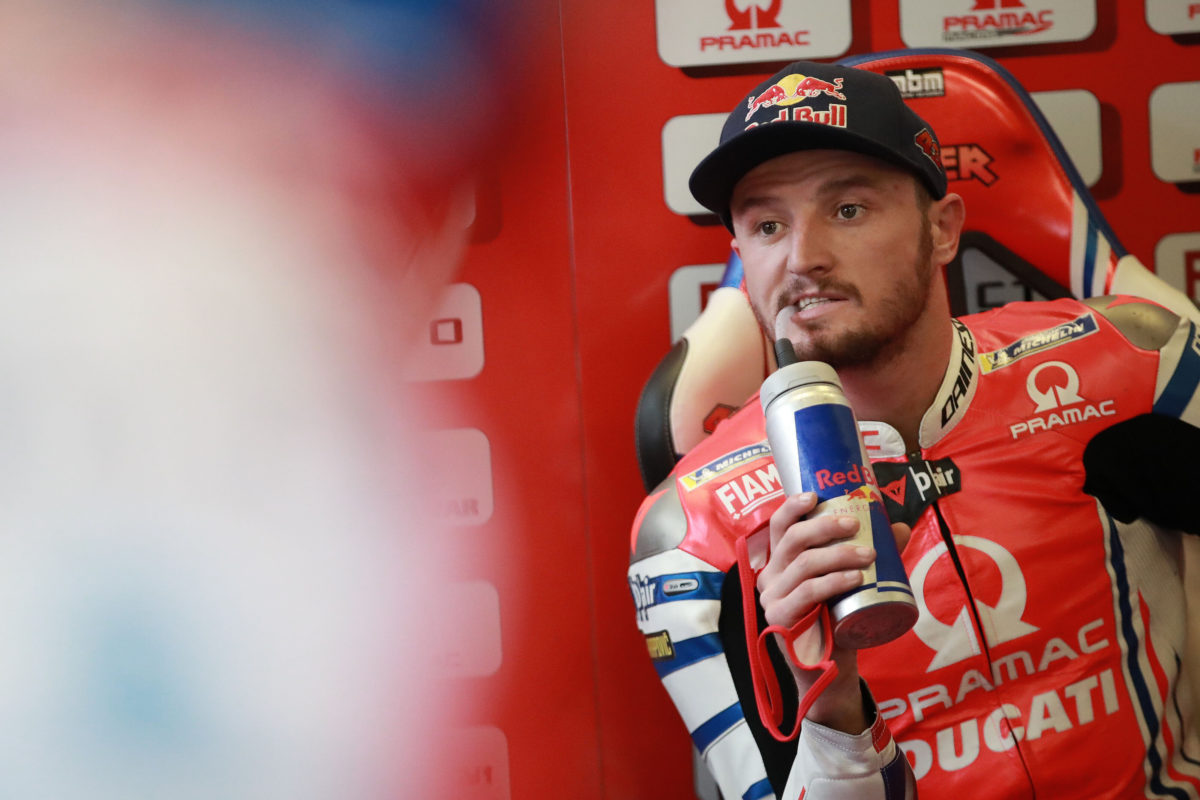 Jack Miller has revealed that he had to undergo two more operations during his spell in quarantine in Australia because his leg became infected after surgery late last year.

Miller was operated on between the end of the 2020 MotoGP season and his trip home, to remove a pin from his leg.

It was midway through his mandatory 14-day spell in a hotel, however, that further work was required when the infection occurred.

“As you know, we had to do quarantine when I went home and I ended up doing 19 days, because in Day 9 I got a staph infection in my leg.

“So, I had to get another two operations done, in the Coronavirus ward, even after I was finished [for] the 14 days of isolation.

“It meant 19 days in quarantine and 28 days out of quarantine, while I was [isolated at] home.

“It wasn’t the bone, just more like a flesh infection, but they had to re-operate and clean it out.”

Miller is unsure as to how the infection occurred, but is over it now.

“I don’t know what happened, if it was because I was bored in quarantine and I kept putting cream on it with my fingers. I don’t know if that made it get infected,” said the 2016 Dutch TT winner.

“Anyway, it wasn’t ideal, but now it’s better than it was [with the pin].

“I can run again without having pain and it’s a lot more pleasant.”

Six-time world champion Marc Marquez also had a third operation on one of his limbs in December, the upper right arm he broke in Round 1, after it was found to have pseudarthrosis.

The Repsol Honda rider remained in hospital for a number of days after that procedure due to the arm also being infected.

“I don’t know so much [about Marquez’s situation], being in Australia, off the telephone on the farm,” said Miller.

“But I sent him a message when my leg was all infected and messed up and told him ‘we’re in the same boat’.

“I hope to see him back on a bike sooner rather than later, because I think the whole championship misses him.”

Miller and Ducati’s other race riders, including those from Pramac Racing and Esponsorama Racing, are set to take to Jerez on road bikes this week, while test rider Michele Pirro will be aboard a Desmosedici.

The Shakedown Test takes place at Losail on March 5, before the first Official Test on March 6-7.