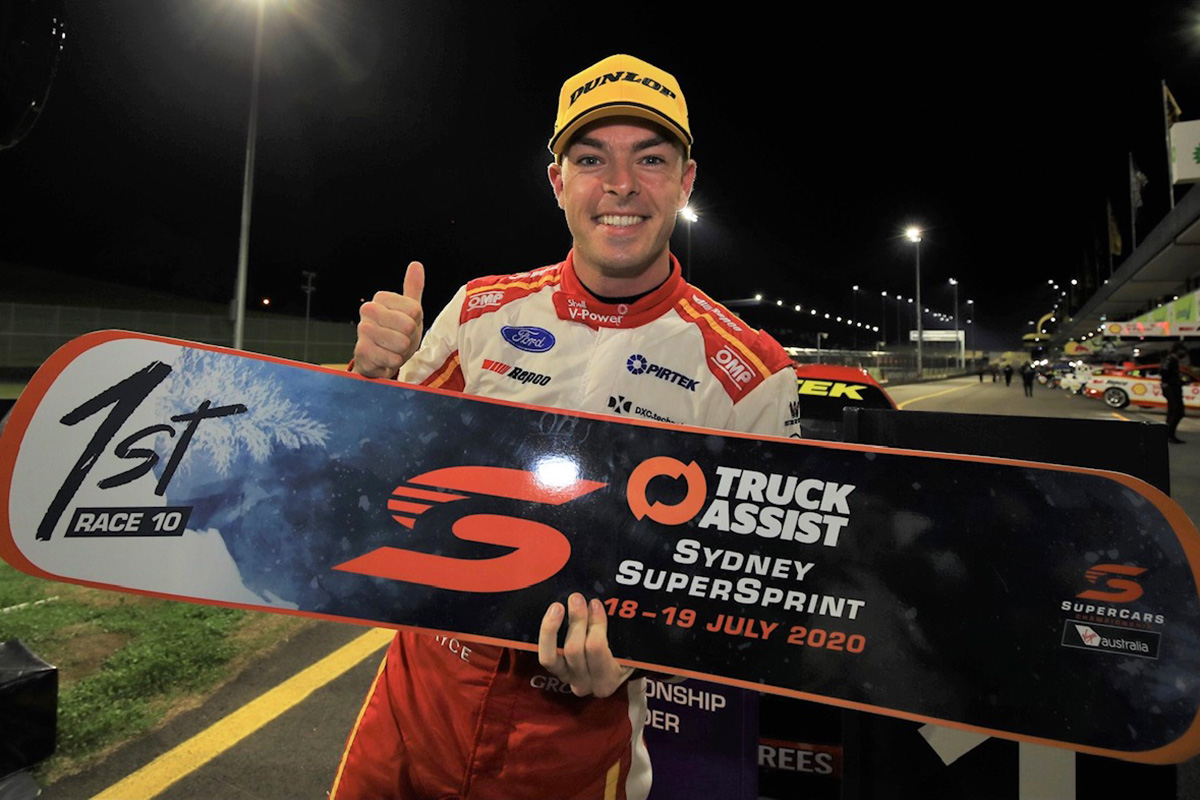 McLaughlin with his snowboard trophy from the Truck Assist Sydney SuperSprint

A rare trophy from three-time Supercars champion Scott McLaughlin will go under the hammer in Speedcafe.com’s monthly charity auction with Lloyds tonight.

McLaughlin who will be racing full-time in Indycar this year, has offered the unique snowboard trophy he was presented with after winning race 10 of the 2020 championship under lights at Sydney Motorsport Park on July 18.

The trophy was personally signed by McLaughlin before he flew out to the US late last year and the current bid is $A4800.

As well as the trophy, the winning bidder will also receive an A4 image of McLaughlin in Pirtek victory lane from that night and an action shot of his car from the race – all of which will be shipped complimentary thanks to Lloyds Auctions.

All proceeds from this auction will go to Speedcafe.com’s charity, Motor Racing Ministries, and fans have the opportunity to bid on the item until 19:00 AEST tonight.

McLaughlin said he was delighted with the interest that the trophy had created and encouraged others in the industry to get involved with the monthly fundraising efforts.

“It is great to see the trophy get plenty of interest,” McLaughlin told Speedcafe.com from his new home in North Carolina.

“I look forward to seeing the final amount we manage to raise for Motor Racing Ministries, which is such a terrific cause.

“I would encourage anyone who has something cool they think might raise a few dollars to think about donating to the cause.”

One hundred percent of proceeds from sale of this trophy will be going to Motor Racing Ministries because of a generous zero percent buyer’s premium from Lloyds Auctions, which is a valued Platinum Partner of Speedcafe.com.

This is the 13th monthly charity auction held in conjunction with Speedcafe.com to raise money for Motor Racing Ministries and is an extension of Lloyds Auctions’ community program.