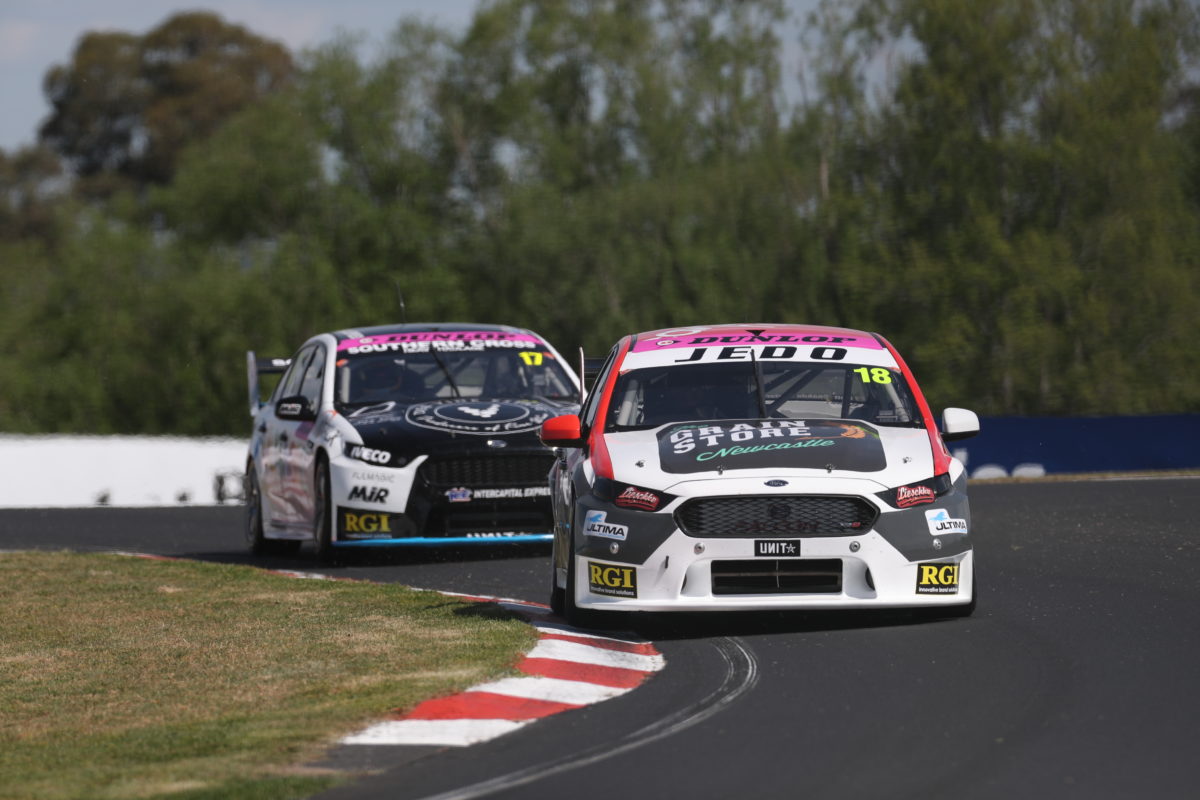 Matt Chahda Motorsport has completed a “full freshen up” on its second ex-Dick Johnson Racing Falcon with a view to filling that seat ahead of the 2021 Dunlop Super2 opener.

The squad will join several other Super2 outfits in completing a pre-season test day today at Winton with its other FGX, where Matt Chahda himself will be behind the wheel.

MCM fielded both cars at last year’s Bathurst round, where one sustained damage when the throttle stuck with Matt McLean behind the wheel.

That car, which wore #17 at the time in a nod to its DJR roots, has now been turned around with the intent that it will race again when Bathurst opens the upcoming season at the end of this month.

“[It has been given] A full freshen up,” team owner Amin Chahda told Speedcafe.com.

“We’re not taking it [today] but it’ll be ready for Bathurst.

“We just shifted our focus; we were going to get it ready but we didn’t have anyone in it so I said to the boys, ‘Don’t worry about it, let’s just focus on 18 [Matt Chahda’s car] and get it ready.’”

The Chahdas have long spoken about the benefits of running two cars, providing a benchmark for Matt and an extra set of data, and while the second car is not running today, it will turn laps ahead of the visit to Mount Panorama.

“We’re allowed to do a test day but there’s nothing at Winton available but if we get the right person, we could even take them to Sydney and do the test day there,” explained Amin.

“It will definitely get a run before it goes to Bathurst.”

McLean, whose drive with MCM last October marked his Super2 debut, is in the frame to race an Eggleston Motorsport entry.

Eggleston has thus far only confirmed that it is running Bradley Neill’s recently acquired ex-Holden Racing Team (Walkinshaw Racing) Commodore, although Thomas Maxwell is also believed to be working on a deal to join the squad in one of its own Triple Eight Race Engineering VFs.