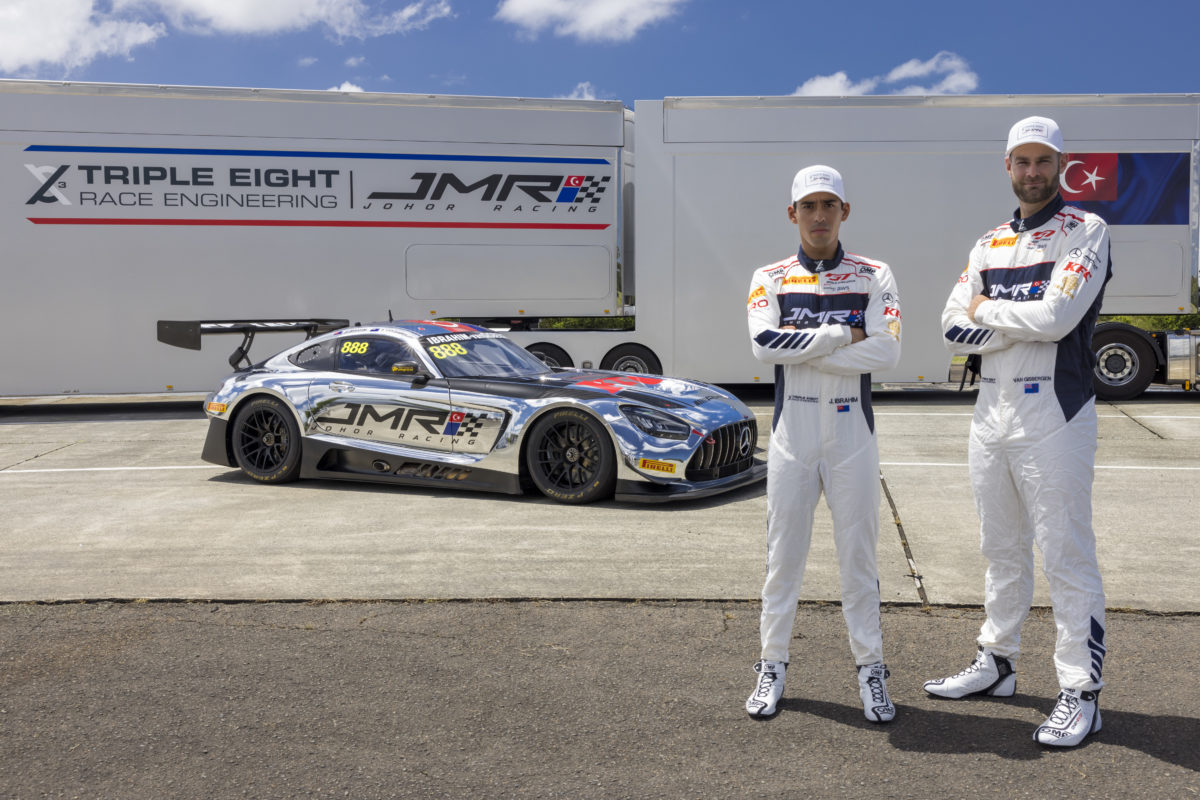 Van Gisbergen will share a Mercedes-AMG GT3 Evo with His Highness Prince Jefri Ibrahim at five of the six scheduled events.

The programme brings to Australia the collaboration between Triple Eight and Johor Motorsports Racing which joined forces for the 2019 GT World Challenge Asia.

“Unfortunately, we were only able to compete at the Bathurst 12 Hour for our GT programme last year – a year which should have been much more extensive but given the travel restrictions that we faced, we couldn’t do anything further.

“We looked at what we could do this year, and with the Australian GT Championship being revitalised under the umbrella of SRO, it gave us the opportunity to compete here.

“We brought the car back from Asia and Prince Jefri has come down for the year to undertake an extensive driver training program as well as compete with us in the Championship.”

Van Gisbergen will drive alongside Prince Ibrahim for much of the year, sitting out only The Bend event which runs on the Supercars platform.

“GT is one of my favourite categories to race in, and I’m really excited that we’ve been able to continue racing these cars in Australia this year,” the New Zealander said.

“It’s cool that Prince Jefri has made Australia his temporary home for the next year, which will allow me to help with his training programme and make sure he’s as competitive as possible after being out of the car and not competing for over a year.

“It will be awesome to work with him and get him back up to speed and continue to build on what we achieved in 2019.”

“It’s a blessing in disguise for me as a driver to be able to learn so much and improve, and I’m also really looking forward to working closely with the team again.

“I’ve had a whole year without racing, so I’m really looking forward to jumping in the car again.

“Shane and I have been in touch quite a bit as well. Seeing him race last year made me quite jealous, but I’m really looking forward to racing with him this year.

“Two years ago was a learning curve for myself and the team and we created quite a good bond, and our aim is to clinch the championship this year. It’s going to be tough, but that’s our aim.”

Triple Eight has been gradually expanding its operations outside of Supercars in recent years, with programmes that have taken in the Bathurst 12 Hour and GT World Challenge Asia.

The operation will he headed by Andrew Simpson, who will work as team manager, and Martin Short as race engineer.

Phillip Island hosts the opening round of the GT World Challenge Australia on February 20-21.