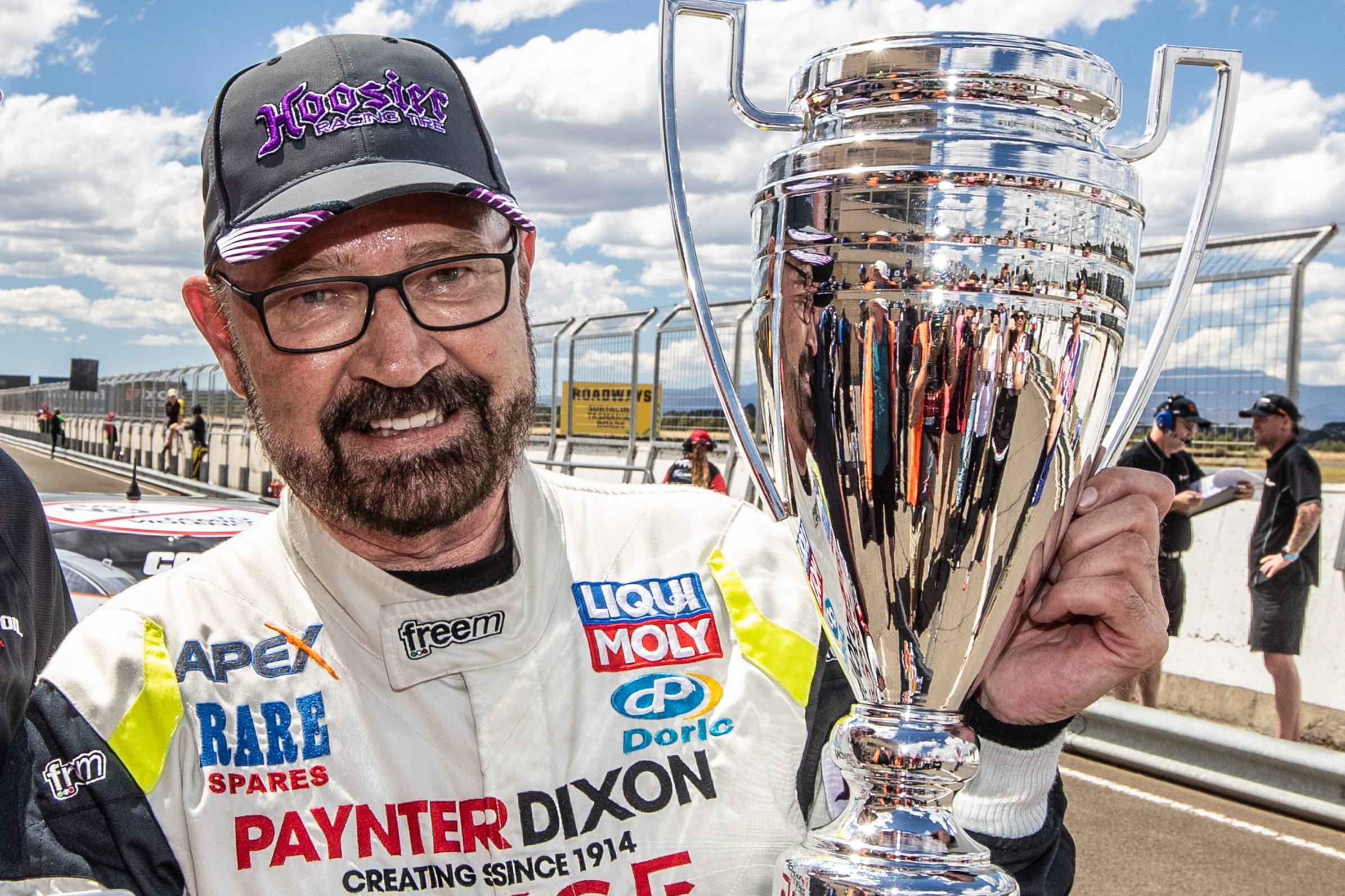 John Bowe is encouraging men over 40 to get annual health check-ups after being diagnosed with prostate cancer.

The two-time Bathurst 1000 winner announced his diagnosis via social media last night, receiving hundreds of messages since then.

Speaking with Speedcafe.com, Bowe said he hoped going public with his illness would encourage men to get themselves checked.

“If you’re a bloke, and you’re 40 years or older, just go and get a blood test done,” Bowe told Speedcafe.com.

“It’s no chore. A lot of people don’t do it. If it’s not right, you’re crazy to ignore it.

“Prostate cancer can kill you, but I’m told it’s quite treatable.

“I can’t ignore it, because if I ignore it I’ll die. I’m not really keen on that. I’ve got to do it.

“I might as well use it for some benefit to other people,” he said of his advocacy on social media.

“It does have some benefit if it makes guys get checked.”

“The fact is that I have people with a motorsport interest that follow my stuff,” he added.

“It’s a good message to send, I think. Since it went on my social media I’ve had about 10 million messages. It’s nice that people care about you.

“The reason I did it was so that people go and get a check.”

Under the Motorsport Australia medical guidelines, competitors over the age of 45 are required to receive a biennial health check.

Bowe wasn’t due until the end of this year but decided to have a medical examination whilst visiting a doctor recently.

It was then that his blood tests came back with abnormalities, resulting in several more tests, an ultrasound, MRI, biopsy, and PET scan before discovering the prostate cancer.

Fortunately, early scans reveal his cancer has not spread.

“The way it came about, it just made me realise that it’s such a simple thing to get checked, and a lot of blokes don’t do it,” said Bowe.

“It’s a bit like depression. I’m an advocate, and have been for a long time, about taking some positive action about depression, just like I have become about this. It quite often gets shuffled back.

“They just take a bit of blood, that’s all. It’s no big deal to get it checked and if it comes back abnormal, which mine did, then they send you for another.”

The radioactive treatment is often used to treat cervical, prostate, breast, oesophageal and skin cancer and can also be used to treat tumours.

“I think I end up in a few weeks’ time having follow-up treatments for a few months. I honestly don’t feel any different, I feel fine. That’s the silly part about it. They tell me that’s quite normal.”

Despite the diagnosis, Bowe said he plans to continue racing in the Touring Car Masters when it features at the Repco Mount Panorama 500.

Beyond that, he’s unsure if he will be able to compete as his treatment continues.

“I have every intention to race TCM at Bathurst because what a great opportunity that is,” said Bowe.

“Every chance I’ve got in the last 35 years to race at Bathurst I have taken.

“The fact that TCM has been announced to race at Bathurst is good.