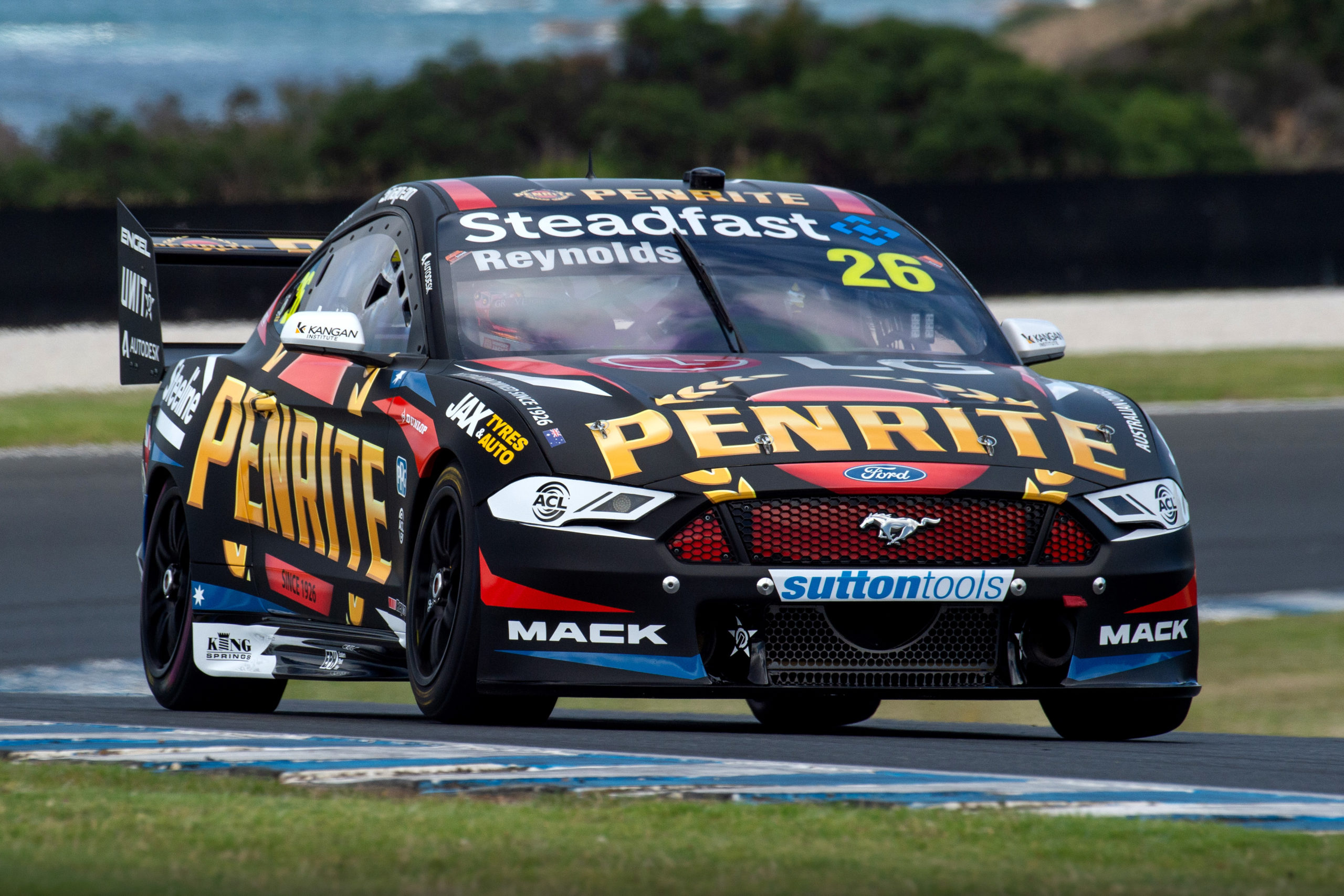 Reynolds in the #26 Ford Mustang

David Reynolds says he left this week’s ride day with a long list of questions after driving a “completely different” Ford Mustang for the first time.

Reynolds completed his first flying laps with Kelly Grove Racing during the week at Phillip Island.

The 35-year-old was joined by newly announced co-driver Luke Youlden at the ride day, the pair sharing the #26 Penrite Racing entry they’ll race in this year’s Repco Bathurst 1000.

For the 2017 Bathurst 1000 winner, it was an ideal lead-in to the pre-season test at Winton Motor Raceway on February 16.

“It’s not a test day, so you’re not really worried about lap times or anything, you’re just kind of giving people a ride, which is good.

“I think it’s a better way to build-in to the year rather than having an actual test day. If we went to a test day first you might be a little bit out of sorts.

“I’ll sit down and write a big list of all the things we need to improve and need to work on to; one, get myself comfortable, two, user friendly, and three, start working on the balance and feeling of the actual car. It’s just ergonomic stuff like the seating position, dash configuration, everything.”

This year marks the first time since 2015 that Reynolds has raced a Ford in the Repco Supercars Championship.

However, the seven-time Supercars race winner said it’s less about Holden versus Ford and more about team-to-team differences.

“It goes on and on and on. The gearshift movement, the gearshift cut time. Everything is completely different. The aggressiveness of the car. The engine sound is different.

“It’s just been a very different experience. It’s good, but it’s just different. How quickly can I adapt to what I like and what’s good and what’s not is what we have to go through now.

“Obviously every team builds car slightly differently and Kellys build everything in-house. It’s all their own mantra and philosophy, so it’s a little bit different from where I’ve come from.

“I wrote myself a whole bunch of questions I’m trying to answer and I’ll go from there.”

Reynolds said he’s eager to get back in the car for the pre-season test.

There he’ll be joined by team-mate Andre Heimgartner, who did not participate in the ride day due to two fractures in his hand.

“I’ve got lots to work on, which is good,” said Reynolds.

“If you’re not trying to improve then you tend not to be going forward in this game.”