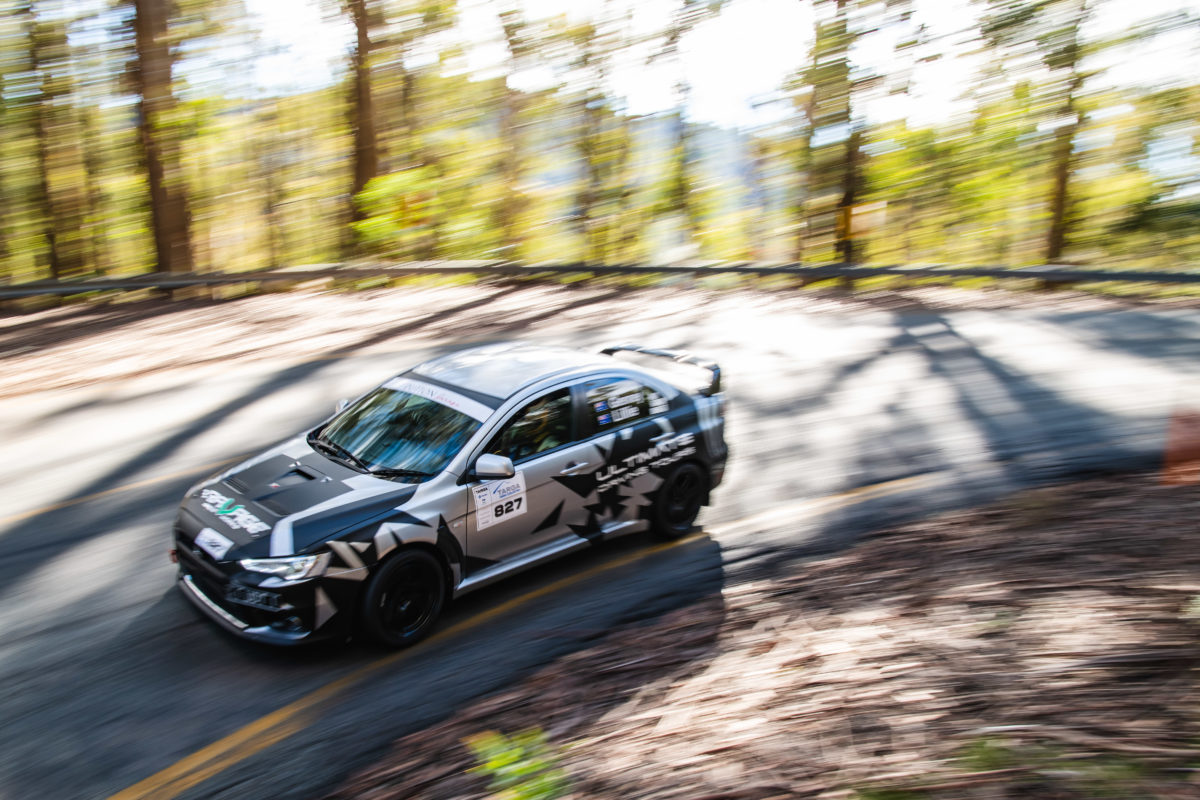 Entering his first Targa event, Lillie and the experienced Steve Glenney prevailed in their 2007 Mitsubishi Evo X in the three-day rally that encompassed 16 competitive stages.

“I’ve wanted to do this event since I first came to the Mt Buller Sprint back in the early days,” Lillie said.

“The car held up well and we drove the wheels off it ever since the opening day when it was wet.

“The twisty Jamieson and Eildon stages today really suited the Evo and Steve (Glenney) has done an amazing job on the other side of the car.”

Co driver Glenney added: “As with everything we do, we came prepared because we always want to do the best job we can.

“I suppose you could call it a bit of a giant-killing performance but we are not surprised that we have done so well.”

Tony Quinn and Kate Catford improved from their fourth position overnight to claim second outright in their 2018 Nissan GT-R. Liam and Larry Howarth slipped back a position to be third overall.

The order in GT Outright was shaken up after the opening stage off Mount Buller when Luke Anear and Andy Sarandis suffered a puncture in their 2018 Mercedes AMG GT R, dropping the pair from the lead.

In Classic Handicap, Melbourne competitors Peter Gluskie and Samantha Winter forged their way clear in their 1989 BMW 325i to win by just over three minutes.

Crews will now prepare for the next event, the showpiece Targa Tasmania from April 19-24.