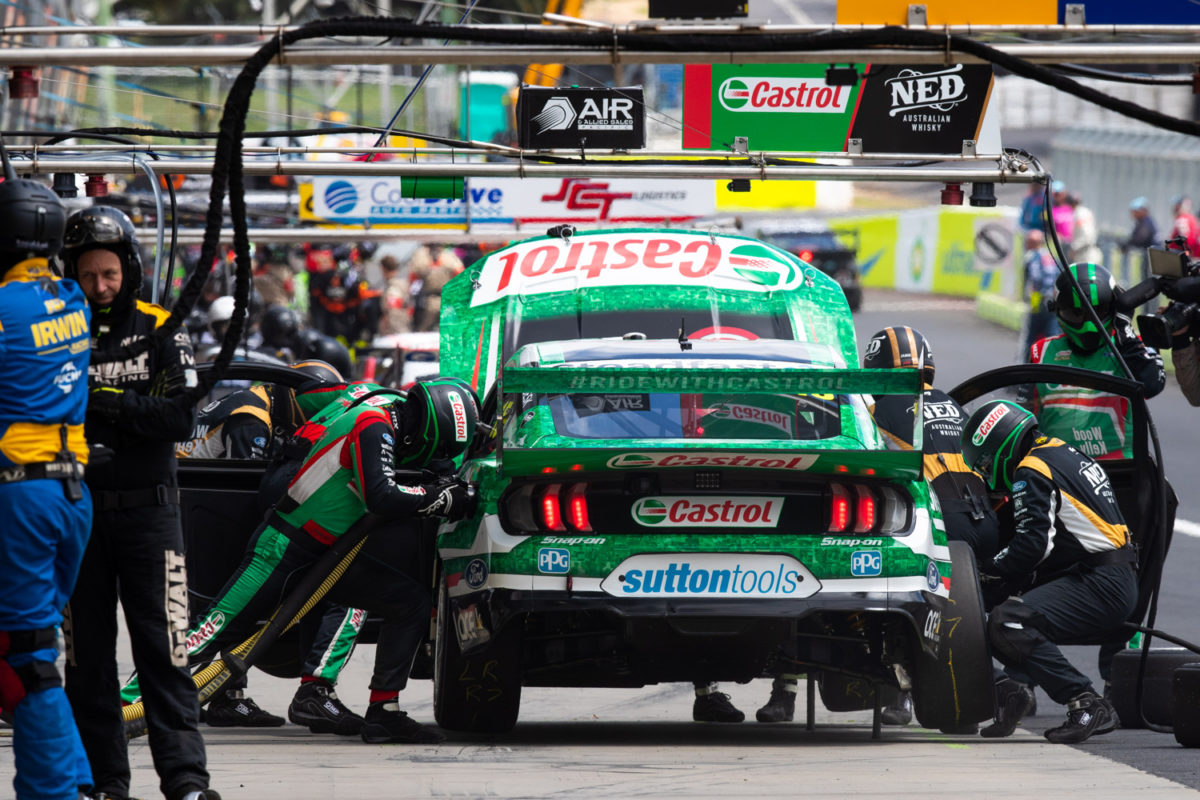 Supercars has changed refuelling and tyre allocation rules for 2021

Supercars has tweaked the rules regarding tyre usage and fuel drop at some events for the 2021 championship.

Mixed tyre compound races have been scrapped while the minimum fuel drop for 250 kilometre races has been reduced by 20 litres.

The minimum fuel drop for 2021 is 120 litres, which translates into a potential cumulative stationary time reduction of around 5.3 seconds (based on a refuelling flow rate of 3.75L/s).

That change will affect the Mount Panorama 500, Townsville, and the season-ending event on the streets of Surfers Paradise.

Further changes surround the use of tyres, with no mixed compound races for 2021.

Drivers last year had to use a mixture of hard and soft compound tyres at some Sprint events.

For the coming year, drivers will use the same compound Dunlop tyres throughout an event.

Also new for the coming year is the Super Soft compound after testing it at various points throughout 2020, with events at Winton and Hidden Valley set to utilise the new rubber.

“We’ve been doing some work with Dunlop on different tyre compounds, and tying the compound of tyre to the track to get the best possible combination of performance and degradation, rather than mixing the tyres,” said Supercars CEO Sean Seamer.

“If you think about Winton, for example, it’s a very low degradation track.

Soft compound tyres will be used at Sandown, Symmons Plains, The Bend, Sydney Motorsport Park, and Wanneroo all of which allow for a maximum of 32 tyres to be used.

However, two sets of tyres must be handed back prior to the opening qualifying session, in additional to any pre-marked sets, leaving teams with effectively five sets (as it was for most of 2020) once meaningful running begins.

The same rule is in place at all events, though the Mount Panorama 500, Winton, Townsville, and Surfers Paradise will see teams allowed a maximum of 36 tyres for the weekend.

For Winton only, teams will also be allowed to bring two sets of pre-marked tyres of any compound as part of their allocation.

Meanwhile there will be no pre-marked tyres for the New Zealand event due to quarantine considerations, with eight brand new sets to be used over the weekend.

The Repco Bathurst 1000 will afford teams a bank of 60 tyres – a total of 15 sets, including two pre-marked. 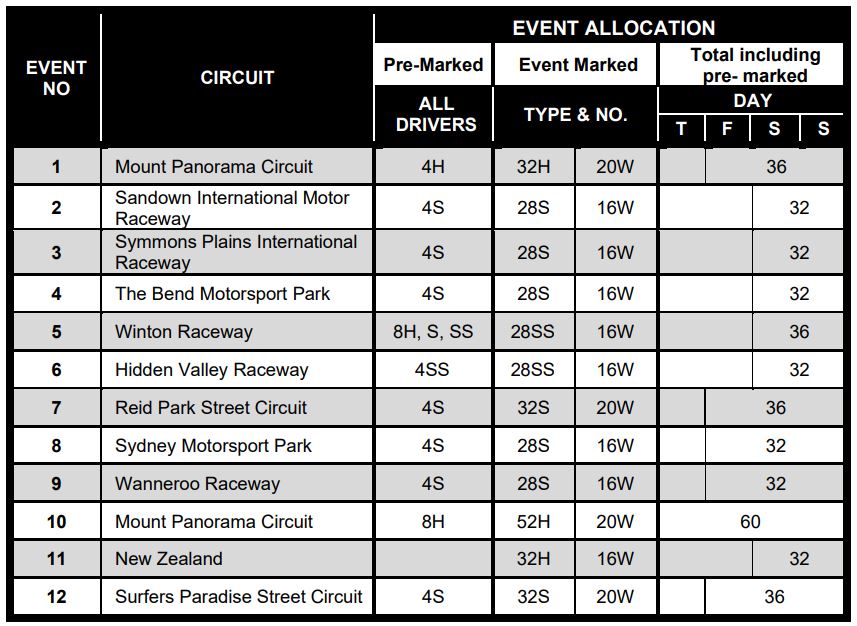