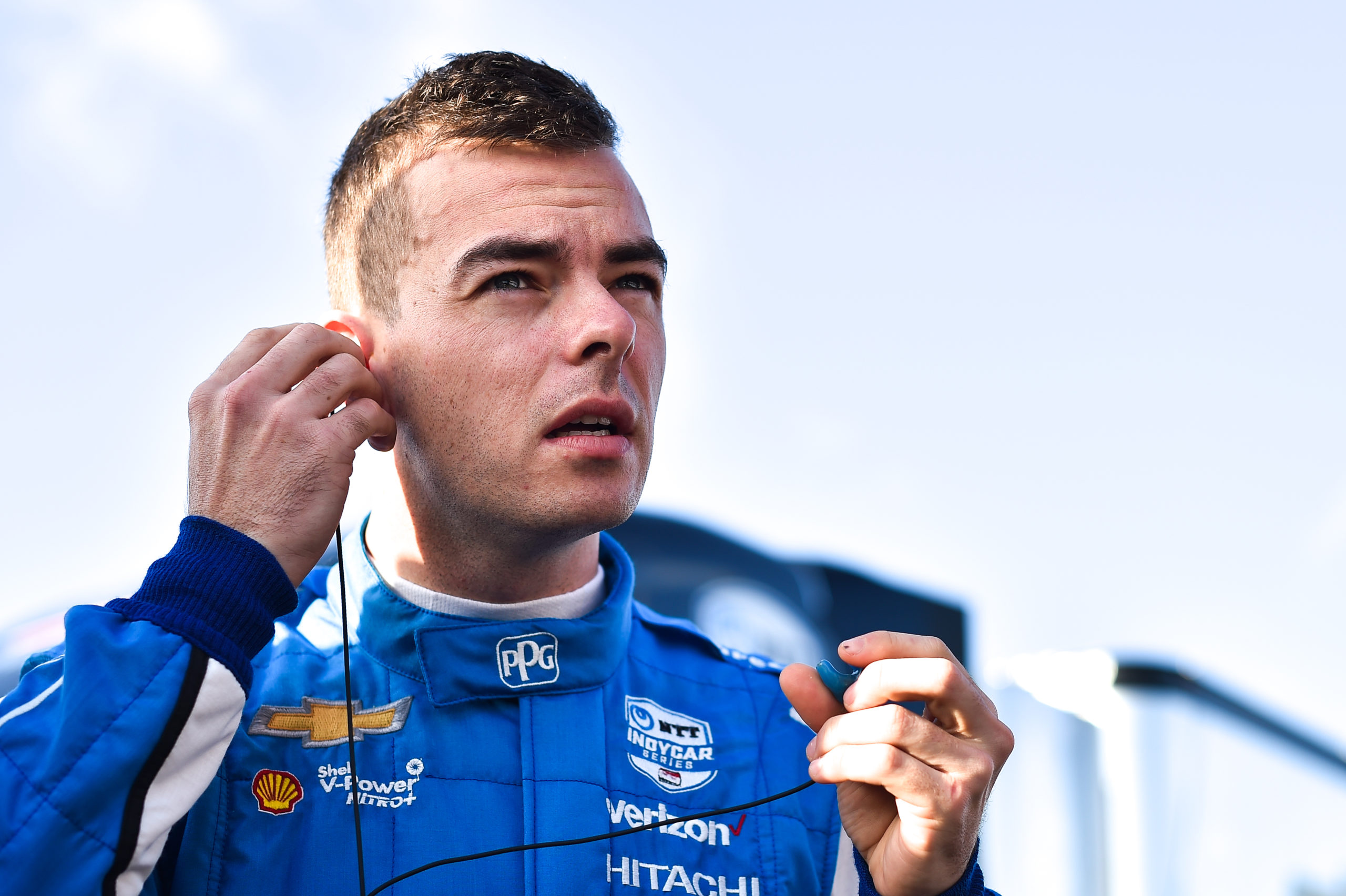 Team Penske pilot Scott McLaughlin says he’s pleased with his pace relative to his IndyCar Series winning team-mates after their first test of 2021.

Earlier this week McLaughlin drove his PPG-backed Chevrolet-powered Dallara IR-18 for the first time this year at Sebring International Raceway.

Team Penske team-mate Josef Newgarden was second quickest in the test, a little over a tenth adrift of timesheet topper Patricio O’Ward.

Will Power and Simon Pagenaud were 11th and 12th respectively, both just over half a second away from O’Ward.

McLaughlin was last of the 14 entries, clocking a time 0.679s away from the fastest lap on the shorter 2.7km configuration.

Speaking with Speedcafe.com, McLaughlin said his times relative to his team-mates was encouraging.

“My main focus right now is my team-mates and being close to them before I worry about anything else,” said McLaughlin.

“I know that I’ve got team-mates that can win the title or win races whenever they want really, so if they’ve got the right car under them, and if I’m close to them, I know I’m there or thereabouts.

“For me, a big focus has been just seeing where I can get to and how I feel within the car and against those guys.

“The time between each other, between ourselves, is getting a lot closer, which is encouraging for sure.”

McLaughlin firmly believes there is still a lot of time to be found.

With time in the cockpit, the three-time Supercars champion said he thinks he can bring down the gap. “Those guys can really wheel a lap regardless of how it feels. When the car isn’t feeling amazing, they can still get a lap out of it. Kind of similar to how I could in the V8. You get somewhat of a lap time because you were comfortable with it.

“Now it’s a different kettle of fish. When you don’t have that confidence or that knowingness of what the car does, it does make it quite difficult to punch lap times out when you need. I think that’s just really the difference for me right now, is extracting the speed when I need it.”

The Kiwi said he would have liked to have had the day dedicated solely to learning the car, but was sampling development items for the team.

“When I basically did my fastest time we just continued down the testing and development path,” he explained.

“I would have loved probably to have continued down the path of learning what that car was like, and maybe getting that better on the day, but it was important to learn stuff for the team and get some good data on some little bits and pieces that we’re trying and good to set-up.

“I think it was a pretty solid test day in all reports. I’m constantly learning the car. I think I’m getting really a lot more comfortable, a lot closer to my teammates and feeling comfortable every lap, which is exactly where I want to be before I enter this year.”

McLaughlin said he has spent much of the off-season focusing on his fitness and building the strength necessary to muscle the car.

Already he’s been encouraged with the first test of 2021, which comes almost exactly a year after his first IndyCar test with Team Penske.

“I think my biggest challenge is just going to be learning tracks and this year for me is a big learning year, learning what I can and can’t do with the car and all that sort of stuff,” he said.

“Already, going to Sebring after testing there like a year ago, it was a lot nicer. I knew where certain things were and what the curves are like here and there.

“I could extract a bit more speed. I think I went 1.1 seconds quicker than I did in my previous time I was at Sebring, so I’m making good gains.”

The opening round of the forthcoming IndyCar Series takes place at Barber Motorsports Park on April 18.