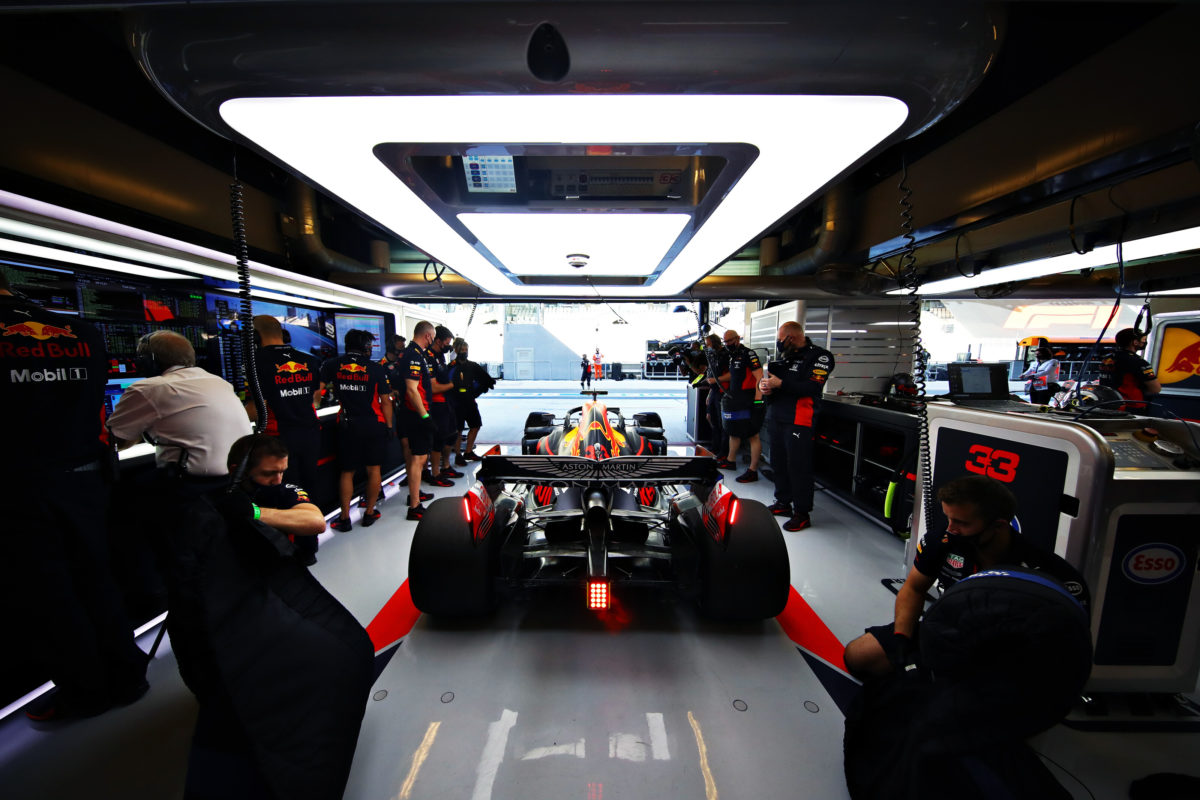 Red Bull’s push to freeze power unit development in Formula 1 is important for all manufacturers, according to the sport’s CEO.

Honda announced last year that it would pull the pin on its involvement in F1 at the end of 2021.

Red Bull hopes to take on the continued development of the Honda engine, and is therefore seeking a development freeze as it is unable to match the spending might of Mercedes, Ferrari, and Renault.

The engine freeze is among the topics set to be discussed at the next F1 Commission meeting on February 11.

“The discussions that are in place are going in the right direction,” Domenicali said.

“I don’t want to anticipate anything, but I’m confident that everyone will understand the importance of these things happening.

“It is something that is for sure at the centre of the discussion in that meeting.

“And I’m hoping that everyone realises that is the best choice, for not only for Red Bull, but for the entire world of F1.”

Ironically, Renault is opposed to the notion as it looks to introduce a new power unit for 2022.

Domenicali stated he believes the introduction of a freeze an important means of cost control as F1 looks to bring in a new engine formula in 2026.

There is however a push to bring that forward a year, to 2025.

The current formula has fundamentally been in place since 2014, with Mercedes having won every world championship on offer in that period.

Honda’s re-entry into the sport with McLaren in 2015 proved disastrous before the Japanese manufacturer switched to Toro Rosso for 2018, and Red Bull the following season.

That ended what had deteriorated into an unhappy marriage between Red Bull and Renault after the pair won four successive world titles with Sebastian Vettel from 2010 to 2013.

Formula 1 currently has a greater focus on costs than ever before, with the coming season introducing financial regulations for the first time in the sport’s history.

Teams will also carry over their 2020 cars in an effort to reduce costs as teams navigate the global pandemic.

Sweeping changes are due for 2022 with radically redesigned cars and aerodynamic principles set to feature.

As such, there is an appetite to reduce costs where possible, with Domenicali suggesting the power unit is a prime candidate.

Discussions have already taken place surrounding a potential freeze from 2022, meaning Red Bull is effectively asking only for that to be brought forward a year.

“For sure the anticipation [early introduction] of the freeze of the engine is a very important point,” Domenicali said.

“But I don’t want to say only for Red Bull.

“It is for the entire F1 because, as you know today, the actual regulation and freezing is based on 2023.

“We want to anticipate the freeze because we want to save money to make sure that the manufacturers and teams can invest in the new engine.

“On the one side, that is a priority for a lot of the manufacturers.”

Should the power unit freeze be agreed it would see teams carry the current engines from now until the next power unit formula is introduced in 2025 or 2026 )pending the outcome of discussion on that specific point).