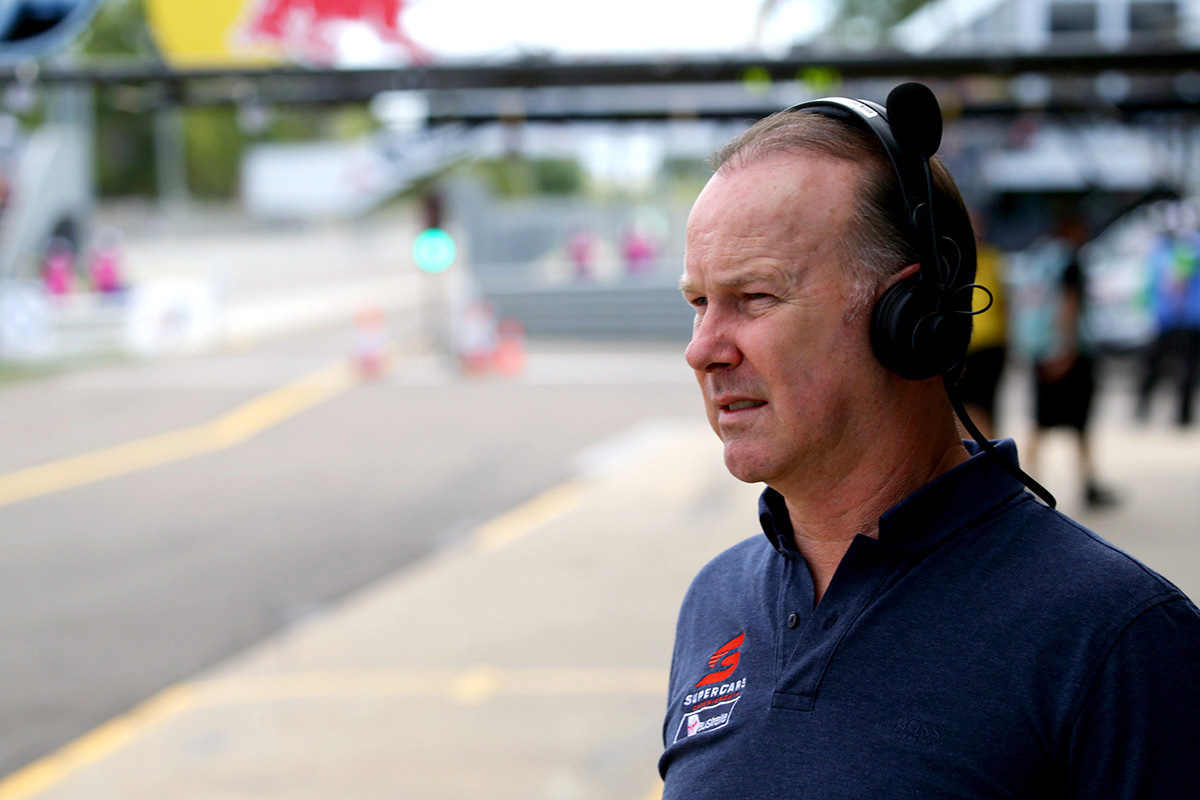 Sean Seamer says Supercars has already begun working to give fan favourite Mark Larkham ‘expanded tools’ in a ‘new and different’ return to its broadcast team.

When Supercars’s prior broadcast deal with Foxtel and Network 10 drew to a close at the end of last year, Larkham was axed from the line-up.

Rumours swirled of a fresh approach under the new arrangement between Supercars, Foxtel and the Seven Network said to bring a different, simpler look to the broadcast.

Riana Crehan was another casualty from the line-up, with Greg Murphy also an omission from the 2021 team due to travel restrictions.

Speaking with select media, including Speedcafe.com, Seamer said he had been in regular dialogue with Larkham to bring him back after a stunning fan backlash followed the announcement of his exit.

“The first thing was that we waited until the new year and I spent some time speaking to Mark directly about the situation, about the fan response, about what we would like to try to do,” said Seamer.

“Not to speak for Mark, but I think he would agree with me that actually we had a lot of good ideas that we would like to see translate into the broadcast.

“I think he’s energised by some of those ideas and so am I,” he added.

“I don’t want to put too much pressure on Mark, any more pressure than he is already going to put on himself, but we wanted to try and weave Mark in in a way that it wasn’t just Larko coming back.

“It’s going to be new, different, and giving him expanded tools to do what he does really well.

“Again, not speaking for Mark, I think that was a big part of his decision to come back.”

Immediately after it was first announced in December that he would depart the line-up, social media lit up with support for Larkham.

The presenter, famed for his technical insight into the category, soon put out a statement thanking fans for their support.

Seamer insisted there were no troubles trying to coax Larkham back.

It is expected more details surrounding the 2021 broadcast line-up will be revealed next week.

Speedcafe.com understands Jessica Yates and Mark Skaife are likely fixtures in the broadcast line-up this year.

There were rumours that Neil Crompton might be on the outer, but those have since quietened amidst the Larkham furore.

Seamer hinted “radical” change would be unlikely ahead of the forthcoming season.

“We were never radically changing it,” said Seamer.

“And I’m not sure personally where the narrative around dumbing down the broadcast came out. On the contrary actually, we have spent a lot of time on the new graphics package trying to include more data.

“I spoke to Larko about this as well, how do we integrate the technology and the data and convey that to the audience in a powerful way. It’s not about dumbing it down or simplifying anything.”

Graphics packages and additional free-to-air details are also expected to be revealed next week.