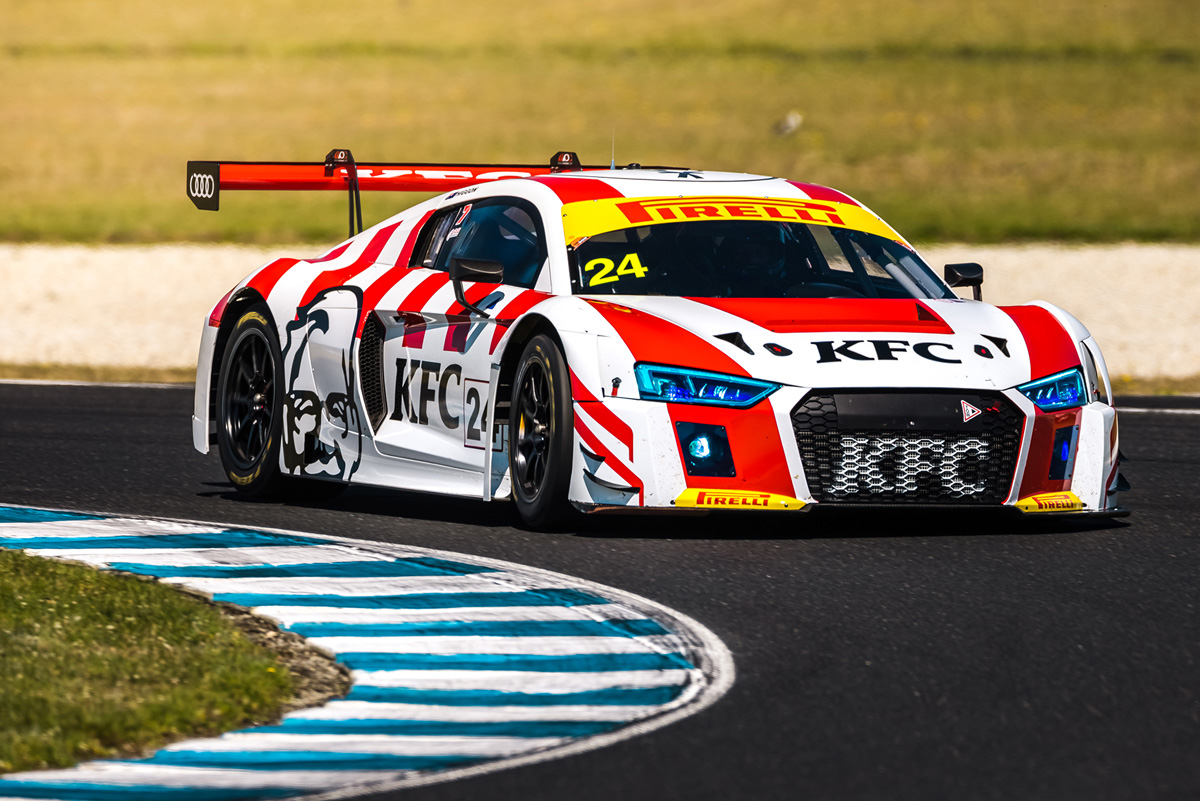 A nine-strong contingent has headed to Phillip Island for pre-season testing ahead of the GT World Challenge Australia opening round in a fortnight’s time.

Peter Edwards and Adrian Dietz were also on hand in the Maranello Motorsport Ferrari 488; as was Dean Koutsoumidis in the M Motorsport Lamborghini Gallardo R-EX; and Dale Paterson in a Camaro GT3.

Upwards of 20 GT3 and GT4 cars are expected to line up at Phillip Island.

“The fact that there is a renewed focus on the amateur drivers who own the cars has seen many cars come back to the circuit competitively.

“Australian motorsport needs to have a strong GT race category and get back to the regular, big fields of five and six years ago.

“I feel we have an on-track package to do this with our Seven Network TV broadcast, the ARG and SRO partnership plus the complete support of Motorsport Australia.”