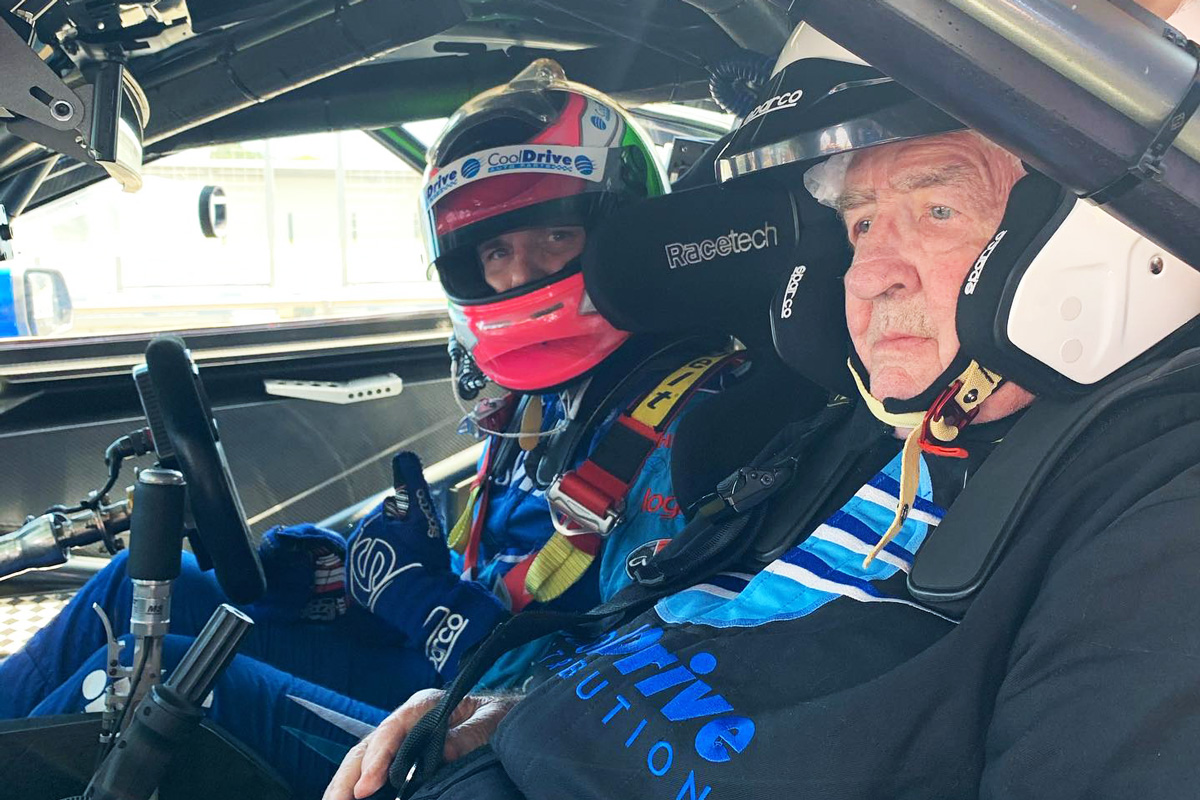 The 33-year-old hopped behind the wheel for part of the Wednesday ride day and among his passengers was his grandfather, John Snr.

John Snr founded CoolDrive in 1977 with wife Shirley; the colours of the family business have long featured on his grandson’s Supercars.

Season 2021 sees the Blanchard Racing Team branch out on its own – having previously run under the Brad Jones Racing umbrella – and John Snr, 84, was not about to pass up on the opportunity to go for a spin in the #3 CoolDrive Mustang.

“I took him for a ride once before when I first started in Super2, 11 or so years ago, just around Calder [Park Raceway],” Blanchard told Speedcafe.com.

“He did a fair bit of racing and rallying himself in his younger days and he’s still fairly passionate and heavily involved in motor racing at all different levels.

“He’s been at most of my dad’s races, most of my races throughout the years and he was pretty excited to see the car and the team on track, the family name and the CoolDrive branding, just running it all ourselves.

“I kind of said as a bit of a joke, ‘you should get in and go for a ride’ and next minute he is in a race suit!

“He absolutely loved it. He’s been an integral part of not only the racing programme, my racing and my dad’s racing, but also obviously CoolDrive as the founder of the business.

“He’s still involved in the business, he still comes in every Wednesday to check on us.

“He is still heavily involved as a board member and owner of the business.”

Tim Slade will be the primary driver of the BRT Ford this season, with Tim Blanchard to co-drive in the Repco Bathurst 1000.

The car will next be in action on February 16 at Winton for pre-season testing.