Thailand MotoGP to go ahead after ‘misunderstanding’

Thailand MotoGP to go ahead after ‘misunderstanding’ 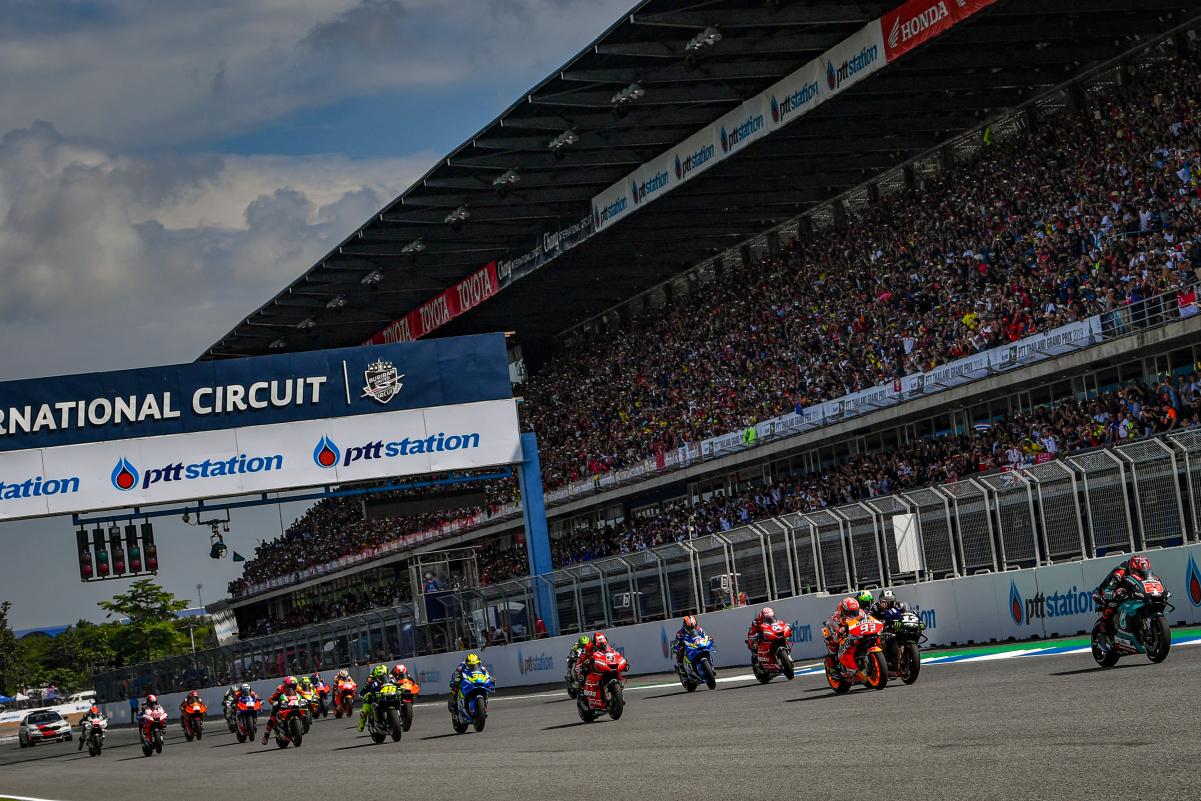 MotoGP in action at Thailand in 2019

Thailand’s 2021 MotoGP round appears set to go ahead after all, with the Buriram International Circuit moving to clarify the situation.

Local media reports emerged earlier this week that Thailand’s government had agreed to postpone their five-year agreement with Dorna Sports by 12 months.

MotoGP has been listed to race this year at Buriram on October 10.

A spokesperson from the Buriram International Circuit moved to offer assurance that that’s still the case.

“There was a misunderstanding,” read the brief statement.

“Actually, the government was announcing the postponement of 2020’s race and to host in 2021 instead.

“We still carry on and look forward to hosting the Thai GP at our circuit this coming October.”

The Thailand Grand Prix will take place a fortnight before Australia hosts MotoGP action at Phillip Island on October 22-24.