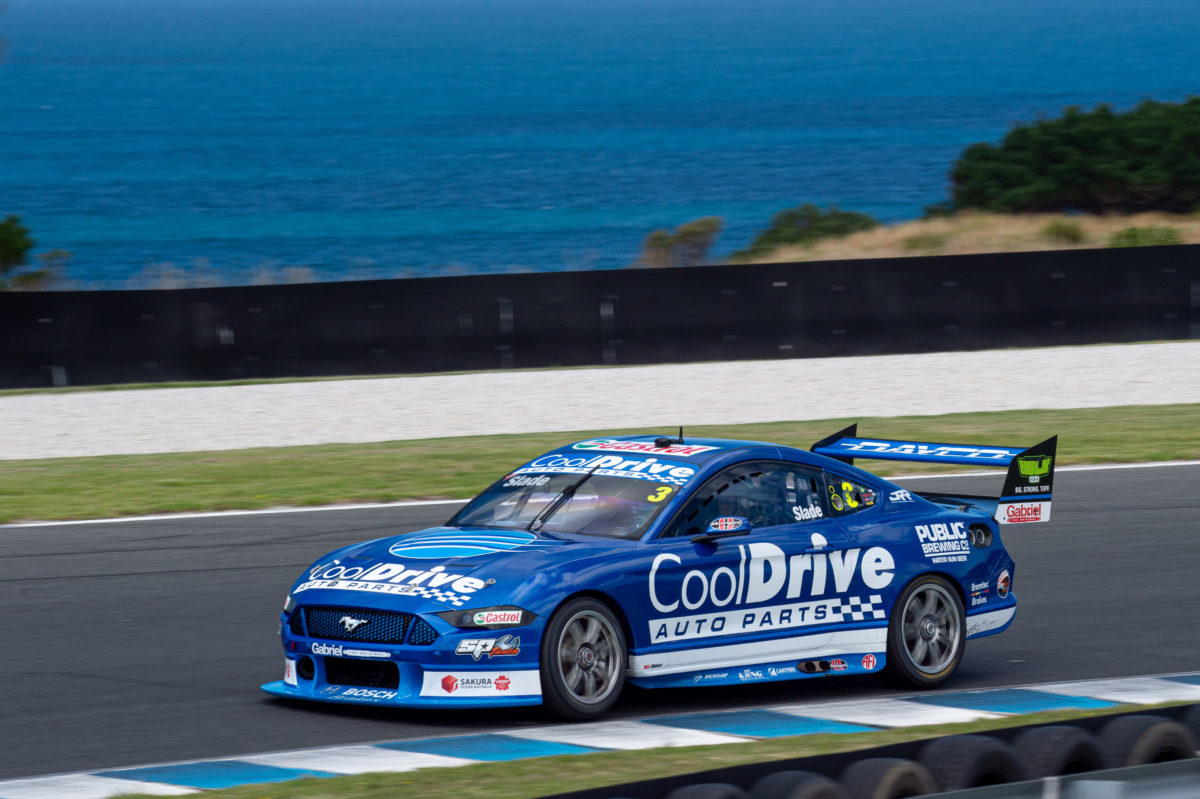 Tim Slade during a ride day at Phillip Island yesterday

Tim Slade has hailed a trouble-free first hitout with CoolDrive Racing a success.

The Blanchard Racing Team made its on-track debut with its Ford Mustang as part of a ride day on Wednesday at Phillip Island.

The ride day gave the team its first chance to shake down the car, which was acquired shortly after completing last year’s Bathurst 1000 in the hands of Tickford Racing’s James Courtney and Broc Feeney.

For Slade, it was a chance to blow out the cobwebs before hitting the ground running at the pre-season test at Winton Motor Raceway on February 16.

“It was everything I expected,” Slade told Speedcafe.com.

“It was just nice to have a trouble-free day. Everyone did a really good job.

“It’s fortunate that we’re able to do the ride day before the test, because it’s just nice to get all the firsts out of the way before we get to the test day.

“That’s what we expect and then hopefully we get those first few rounds out of the way and we get all the processes and organisation and communication and all those things down pat, then we can press on, work hard, and try to get some good results throughout the year.”

Although limited in how much running the team could do, Slade said the outing gave the experienced heads an opportunity to get its younger crew up to speed.

“We’ve got a pretty decent mix of people,” said Slade.

“We’ve got some really experienced people and some guys that are quite fresh to it as well.

“It definitely helps having Brendan and Mirko with their experience to lead the whole thing and show or teach the other guys all the process side of things.

“I haven’t worked with Mirko. We’d never really crossed paths, never really spoken or anything like that, so yeah. We’ve obviously chatted a lot now, up to this point.

“I really like him and the way he goes about his racing, he’s just a real hardcore racer, super smart guy.

“It’s good with his experience too to be a bit of a team leader and be one of the senior guys in the team as well.”

Slade said he’s been buoyed by the feeling within the family-oriented team.

Tim Blanchard cut a handful of laps in the car while father John drove the team’s truck to and from the Box Hill base.

“Everyone was pretty stoked,” said Slade.

“I think a big part of the team is a real family feel with the Blanchards.

“It was a good mix of everything really. Everyone was pretty excited to spend their first day at the track and see the car on track for the first time.”