Whincup prepared to stand up for Triple Eight

Whincup prepared to stand up for Triple Eight 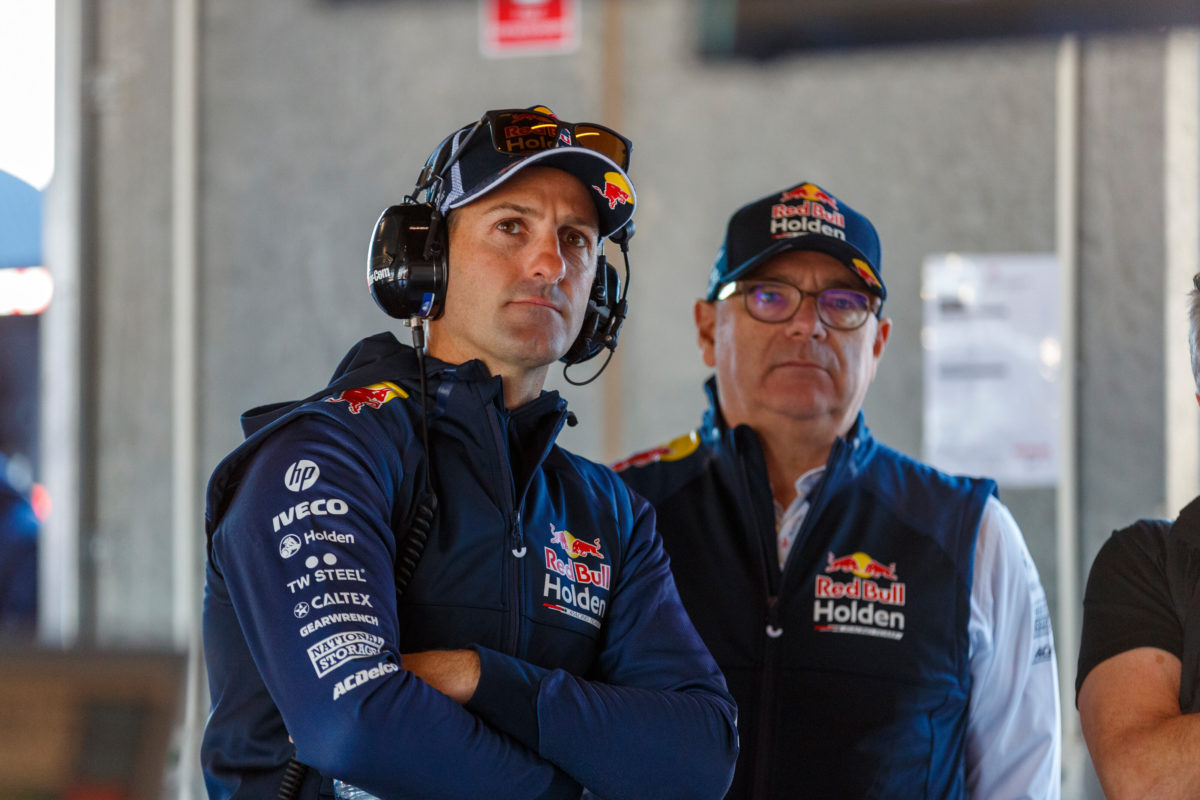 Jamie Whincup is mindful there will be times when he has to stick up for Triple Eight’s interests as he takes over from the hard-nosed Roland Dane as Team Principal.

The four-time Bathurst 1000 winner becomes the new boss at Banyo at season’s end as part of a succession plan which has been in the works since before his initial, 15 percent buy-in during 2018.

Dane has proven himself to be a firm operator within the Supercars paddock over Triple Eight Race Engineering’s 17 years so far, examples including snaring the Holden Racing Team status from Walkinshaw Racing and his approach to the parity saga of 2019.

It was an outgoing driver of the by then former factory Holden team, James Courtney, who said in September 2019 that his long-time employer lacked “that Roland-like figure that’s there … (with) passion and skin in the game; ‘I wanted this, I want this, I want this’.”

As what is now known as Walkinshaw Andretti United fell from the soaring heights it enjoyed at the turn of the century, Triple Eight has now amassed nine teams’ championship titles, eight Bathurst 1000 wins, and eight drivers’ championships to date.

The man who delivered seven of those drivers’ crowns appears a different personality from Dane, and largely affirmed that suggestion when asked by Speedcafe.com if Supercars would see a ‘different type of Jamie Whincup’ as Team Principal.

However, he also recognises the need to make his opinion known from time to time.

“Roland and I have a different management style but RD doesn’t get on the radio or the phone or the TV and express his opinion for no reason.

“So, I’ll be there in those times but I’ll be managing the situation the way I believe is best.”

Whincup will also seek a second term on the Supercars Commission, having joined the championship’s rule-making body in October 2019 due to a desire to “make a difference” and provide a driver’s perspective.

As it happened, the Melbourne native’s first year in the role coincided with the widespread upheaval caused by COVID-19, including impacts on commerce and travel.

Whincup told Speedcafe.com at the conclusion of the 2020 season that he was “grateful” for what he had learnt from the experience, and reiterated that view today.

“It’s certainly the plan to continue on the Commission,” he affirmed.

“It’s been a fantastic learning experience for me in the last 18 months.

“Jess [Dane, fellow Triple Eight co-owner] reminded me yesterday that I’ve actually been doing it for 18 months, so I’m up for renewal around October this year.

“So, certainly going to try to continue the good work I’ve been doing and fingers crossed the team owners think I’ve done a great job and elect me again come October.”

Before that, Whincup will embark on his final season as a full-time driver, in the #88 Red Bull Ampol Racing ZB Commodore.