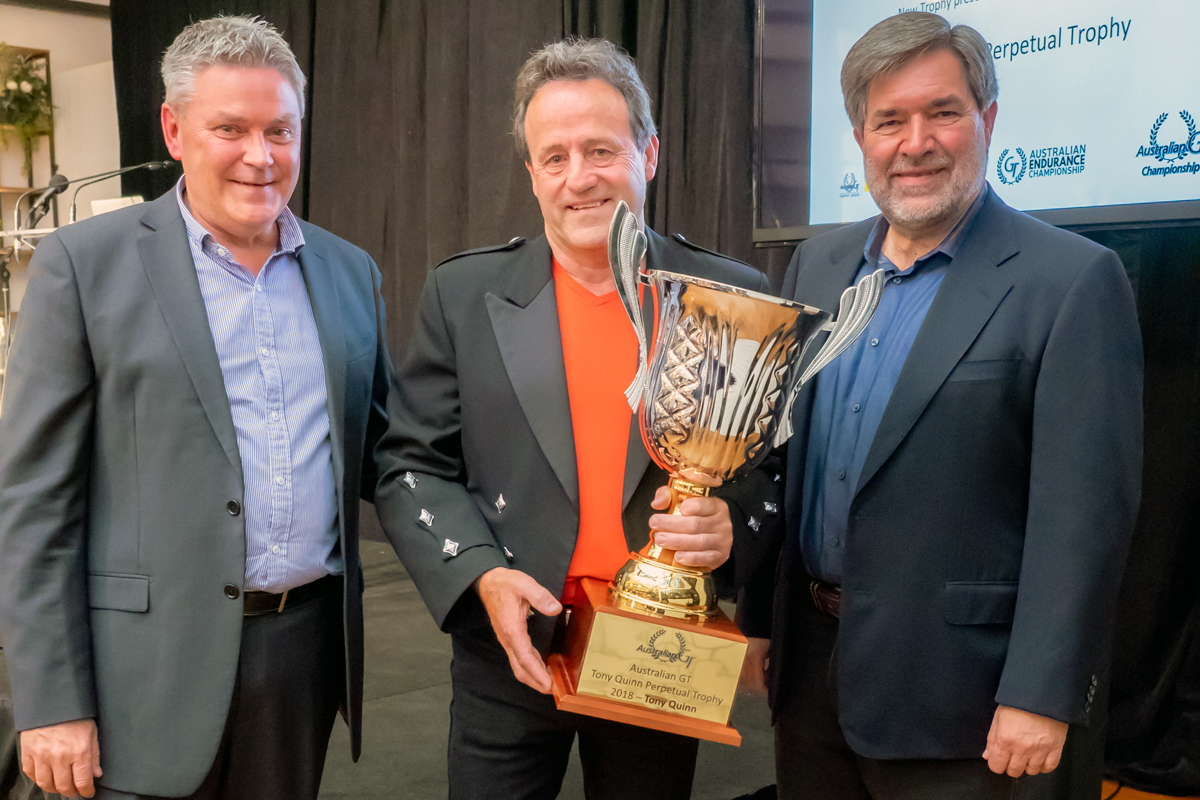 Tony Quinn has revealed that Supercars CEO Sean Seamer was the link between he and Triple Eight on his path to becoming a co-owner of the championship-winning team.

Quinn is now the largest shareholder in Triple Eight Race Engineering with a stake of 40 percent, in conjunction with co-founder Roland Dane’s retirement and Jamie Whincup’s move into the Team Principal role.

The Scotsman was already prominent in Australian motorsport circles through his business/sponsorship interests, category management, circuit ownership, and competition as a driver himself.

He reached out to Seamer last year with a view to investing in a Supercars team, and the championship boss suggested multiple options.

For Quinn, however, the Banyo-based squad was the one that stood out.

“My first enquiry was actually through Sean Seamer, and I said to him that I’d been keeping a close eye and I would like to invest in one of the teams up and down pit lane,” he explained.

“And he understood that and he recommended a few, a couple really, and it was clear to me which one I should go and invest in.

“And when I actually had the first meeting with the team, you know Roland, Jamie, and Jess [Dane], I was super impressed, over and above what I expected.

“I think they’ve created a fantastic environment there, and the thing that attracted me also was the fact that Roland wasn’t running away to sail around the Pacific.

“He was willing to stay on and coach Jamie and indeed myself into our new roles, and Jess, and so it became all the more attractive.”

On when the process began, Quinn advised, “I can’t remember, to be perfectly honest.

“But I would suggest it would have been around Bathurst; yes, it was around October last year.

“It was pre-Bathurst, I know that.”

Roland Dane said that the sale talks were a quick process.

“Tony has told it like it was,” he stated.

“How it happened, it happened relatively quickly and I very quickly reached the conclusion that he was somebody I thought could really add value to Triple Eight and help the next generation achieve their ambitions and grow.

“Honestly, as many people know, I’m not really motivated by money; I’m motivated by success of the business and on track, and off track, and I want to see that continue.

“So, somebody of Tony’s stature, proven ability, and resources is prepared to back the next generation, [and] that works very well for me.”

Quinn is currently a major sponsor of Team Sydney, a Triple Eight customer, through his Local Legends beef jerky brand.

Asked if there was any impact on that backing, he responded, “No, no, it’s a totally separate issue altogether.”

Whincup will continue as a full-time driver for the upcoming Repco Supercars Championship season.