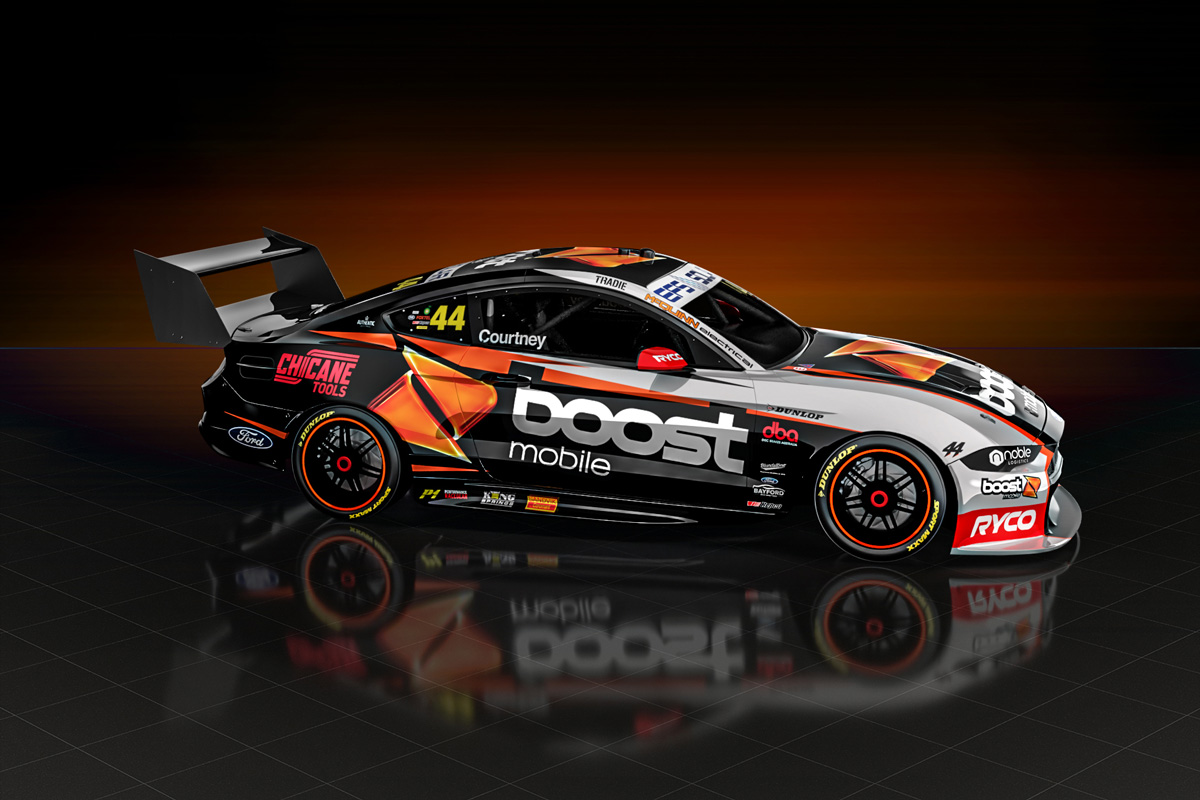 Tickford Racing has unleashed an altered appearance for the Boost Mobile Mustang James Courtney will drive in his first full campaign with the Ford squad.

Following an early-2020 split with Team Sydney, the 40-year-old joined Tickford ahead of the June round at Sydney Motorsport Park last year and went on to finish the season 13th in the standings.

Having gone close to victory soon after in Darwin, Courtney is eyeing bigger and better things this year aboard his revised Boost Mobile paint scheme.

“I’m really looking forward to the 2021 season, especially with the slick new look on the Boost Mobile Mustang,” Courtney said.

“Even with all the craziness of last year I really enjoyed getting to know everyone at Tickford, and getting to raise a trophy again at Darwin was really special.

“Having a full off-season to properly prepare gives me a lot of confidence heading into 2021.

“Not having to worry about learning the car or getting familiar with the team, just a full focus on achieving results, which is really exciting.

“I can’t wait to hit the track with the Boost Mobile Racing crew and hopefully score some more silverware.”

Courtney is part of what is now a three-car Tickford squad, alongside 2020 series runner-up Cameron Waters and Jack Le Brocq.