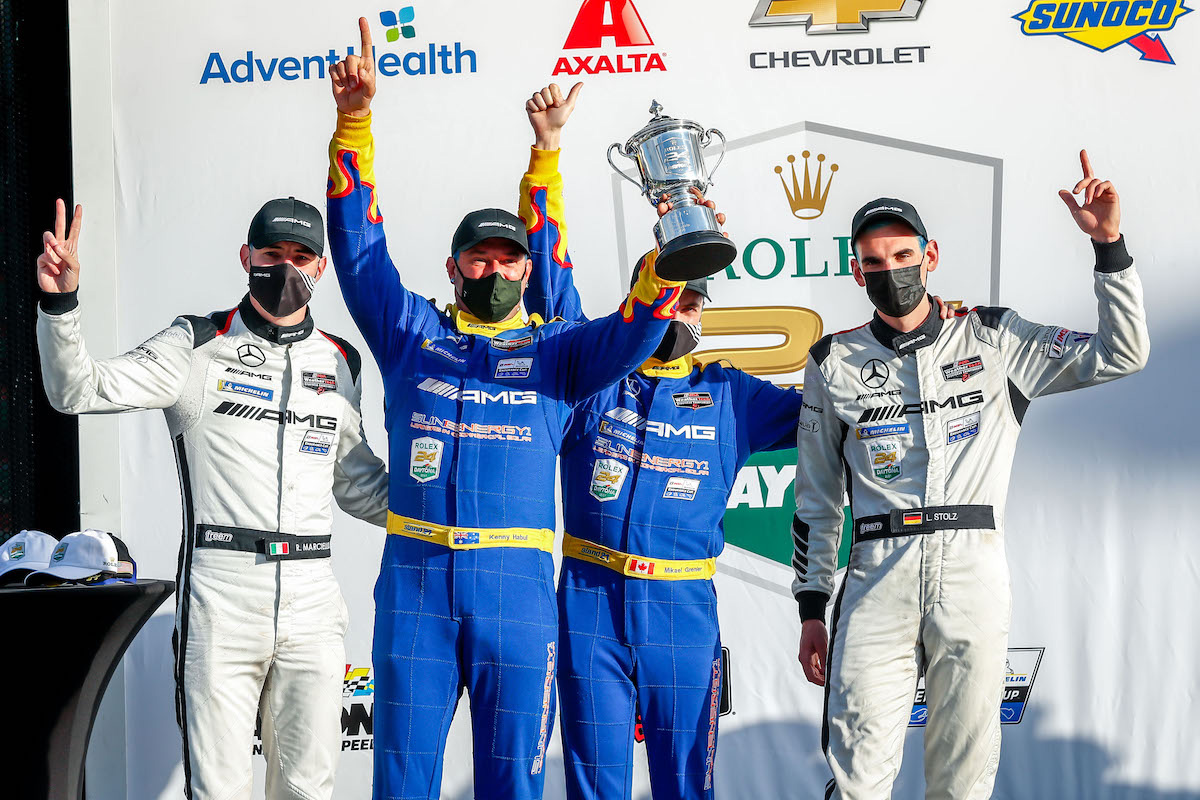 Habul on the Daytona podium

Australian driver and team owner Kenny Habul added to his trophy cabinet by finishing second in class at today’s 24 Hours of Daytona in Florida.

It was the first time that a Mercedes-AMG Customer Racing entry had won at the 24 Hours of Daytona.

There were 49 starters in the race with the GTD class having the highest number of entries with 19.

Habul actually led the field during his stint, but in the end after 4260km (2650 miles), the SunEnergy1 team came up 16 seconds short of clinching the win.

“It is always satisfying to come away with a trophy, especially at a place like the Daytona 24 Hour,” said Habul.

“This place can just throw so much at you in a 24-hour period and it is an achievement just to finish, so to be on the podium is very satisfying.

“I was proud to lead the race during my stint Sunday morning, against some of the best drivers in the world. 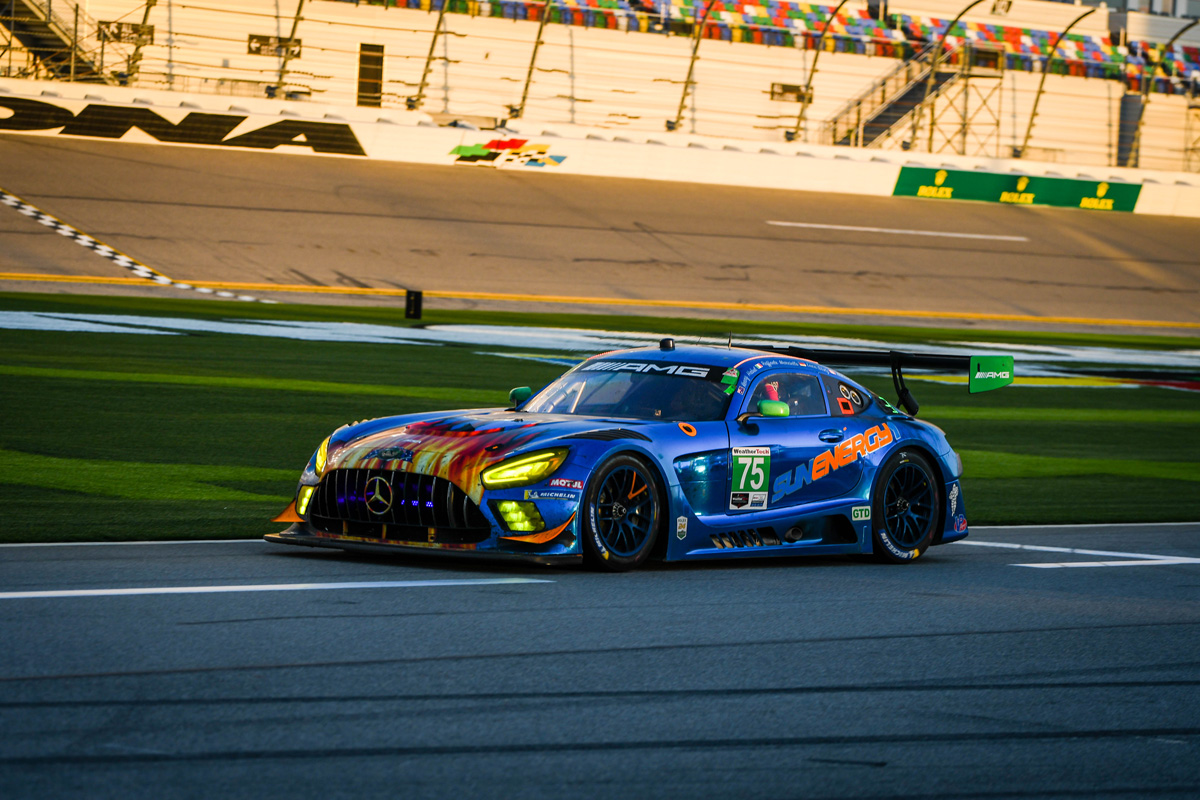 “It is a pleasing way to start the season and hopefully we get the chance to get a plan together and contest plenty more races this year without interruptions.

“IMSA must be congratulated for going to the lengths they did to get it done.

“I have to thank my co-drivers who all did a hell of a job, Mercedes-AMG and everyone at SunEnergy1 for their amazing team effort.

“I am always proud to fly the Australian flag, especially at such a prestigious event as Daytona.”

Habul’s most successful start at Mount Panorama came in 2018 when he finished second outright in the Bathurst 12 Hour in a Mercedes-AMG with co-drivers Jamie Whincup, Tristan Vautier and Marciello.

He contested several other events around the world that season and collected podium trophies at Spa and Suzuka before wrapping up the inaugural Intercontinental GT Challenge Bronze Drivers’ Championship at Laguna Seca.

Wayne Taylor Racing held on for outright victory at today’s 24 Hours of Daytona with Action Express second and Mazda Motorsports third, the latter two placings changing within five minutes of the chequered flag.