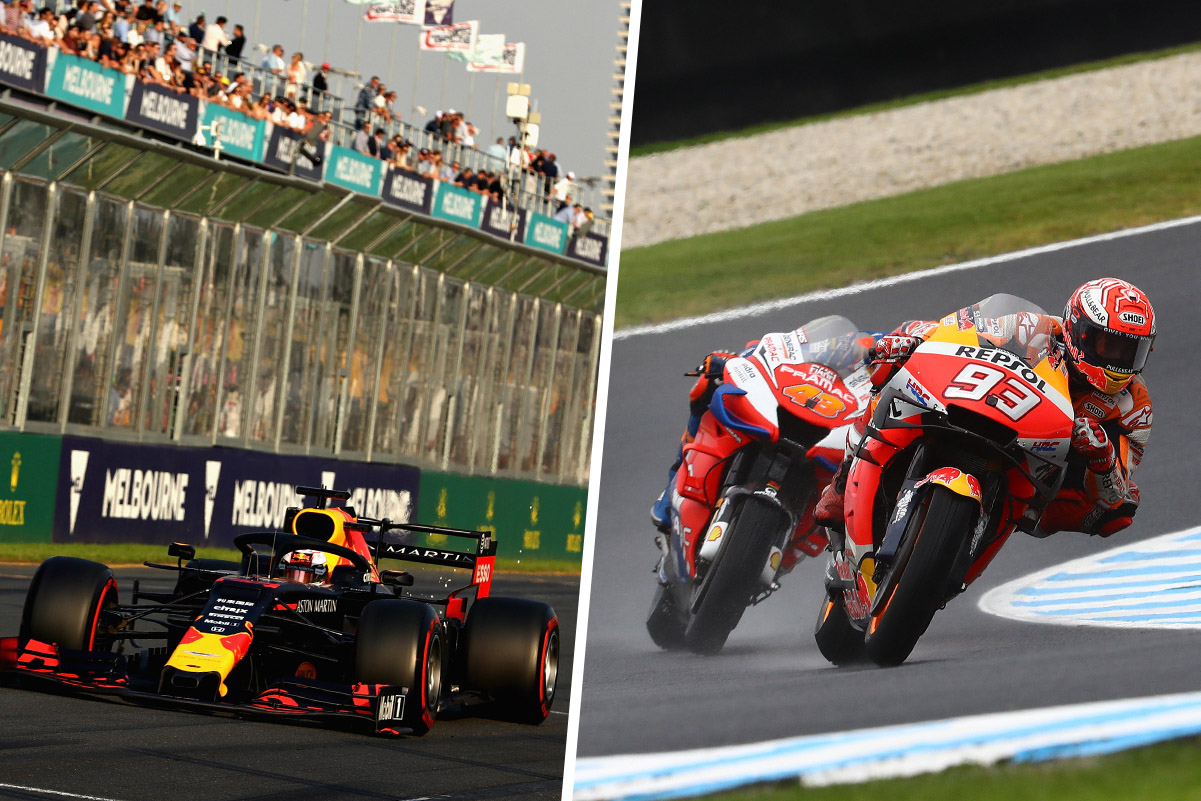 Formula 1 and MotoGP could swap dates

Organisers of the Formula 1 Australian Grand Prix and Australian Motorcycle Grand Prix have admitted a date swap for the two events is a possibility.

Traditionally, Formula 1 takes to the streets of Melbourne in March as the season-opener, with MotoGP in action at Phillip Island in October.

Speculation from Europe suggests there is a drive from from Dorna, MotoGP’s commercial rights holder, to move its event earlier in the year.

Meanwhile, logistical considerations on the back of the 2021 F1 race could entice organisers to agree to date changes for both.

This year’s F1 race is scheduled to run in November after being delayed from its original March date due to coronavirus-related travel considerations.

It will now feature as the third-last race of the season, just a month after MotoGP is at the Island on October 24.

Construction in Albert Park takes approximately two months, with breakdown about a month.

Using those timings, the build of the temporary circuit for a March 2022 F1 grand prix would need to begin less than a month after it had been dismantled from this year’s race.

“I don’t think it’s as long as a month gap and I think it’s a bit longer than a one-day gap.

“So, somewhere in there, by the time you dismantle and then go to recommence putting things up, you know you’d really have to have a good look at that.”

Westacott admitted, while he has a strong preference for hosting the opening round of the Formula 1 season, he is open to a potential date change, and sees value in running in the latter stages of the year.

From 1985 to 1995, the Australian Grand Prix was the final round of the world championship, before becoming the opening round for 1996 when the event moved from Adelaide to Melbourne.

On only three occasions since has it not held that spot on the calendar; in 2006, 2010, and last year when the event was cancelled hours before on-track activity was scheduled to begin.

“I can see the benefits and merits of hosting a round, the third-last round of the season, in late spring, in Albert Park, when a world championship might be decided,” Westacott reasoned.

“I think that’s got a lot of attraction.

“So all I’m saying is that we will be open-minded,” he added of the potential for a date change.

“We will be looking at all scenarios and that might be staying in the same location or it might be changing towards the back end.

“So quite legitimately both options are on the table and will remain so until [the] middle of the year, COVID depending.”

Another possible solution is to simply swap Formula 1 and MotoGP on the calendar, bringing the motorcycle grand prix to March.

It’s suggested that considerations regarding the weather at Phillip Island in October have Dorna eying using the Australian event as the two-wheeled season-opener instead.

Such a move would also sidestep the logistical hurdles created with the 2022 F1 race running so soon after the 2021 event.

“That’s a very plausible scenario,” Westacott conceded when asked if a simple date swap between the two events was a possibility.

“Workload and balancing the year from an international motorsport point of view between Formula 1 and MotoGP has always worked successfully.

“We’re never going to see MotoGP or Formula 1 come to Melbourne in our winter – the European summer – that’s just not going to happen.

“So I think quite legitimately there’s three scenarios and we’ll be exploring and canvassing the views of all stakeholders on those configurations.

“The timing of decisions on 2022 challenges for MotoGP and Formula 1 is typically a March-April-May-June dialogue with the rights holders and then a sort of a May-June-July-August circulating them for approval, and then a July-August-September-October approval,” he added.

“So the timing for working out what dates Melbourne should be for 2022 are actually going to be done before the 2021 events are both held.

“I’m very open-minded, I think we need to be open-minded and flexible to see what fits.

“It’s true that the calendar has worked beautifully well for Melbourne and its major event pillars, but that’s not to say things don’t evolve and change.”