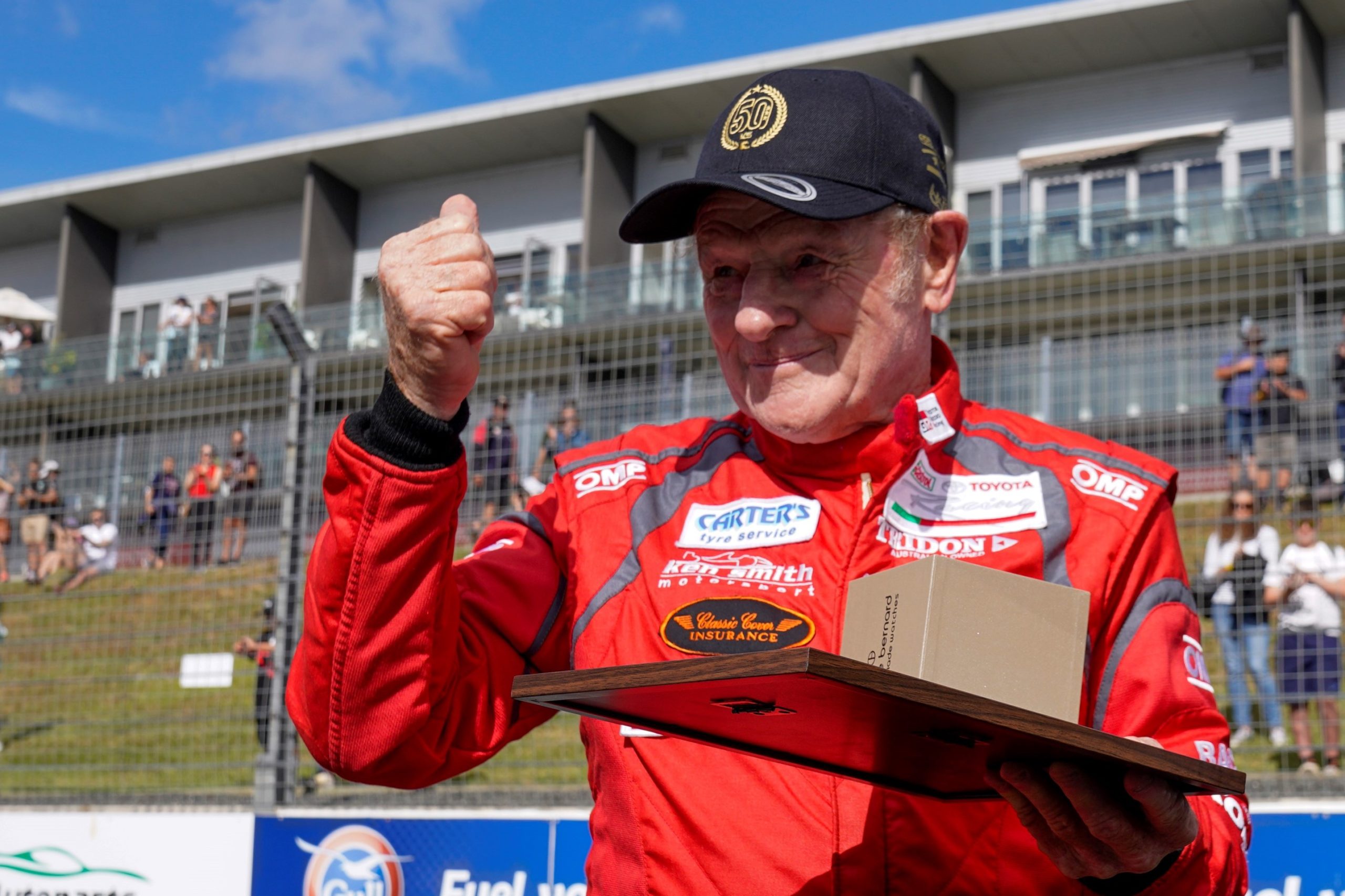 Ken Smith says he has no plans to slow down and already has his sights set on a 51st start in the New Zealand Grand Prix next year.

Smith’s career has traversed multiple formulae, his first start in the New Zealand Grand Prix coming in 1965 driving a 1.5-litre Lotus 22 in the Tasman Series era.

He brought up his half century last weekend at Hampton Downs Motorsport Park, the milestone marked with several tributes to the Kiwi racing legend.

The 79-year-old led the Castrol Toyota Racing Series field to the grid, driving his Formula 5000 specification Lola T332 on the out lap, dressed in the livery he took to victory in 1976.

Pre-race ceremonies saw the veteran receive a framed letter and watch from FIA President Jean Todt to mark the milestone.

Smith, who contested the 28-lap affair only months after undergoing shoulder surgery, finished the race a lap down on eventual race winner Shane van Gisbergen.

The experienced head said it was an emotional finish to the race after receiving a rousing reception from the fans in attendance.

“When we finished, the amount of people around the track, it was unbelievable,” Smith told Speedcafe.com.

“They were waving and clapping and carrying on. I’m thinking, ‘Jesus, the way I drove you should boo me, not clap’.

“To finish the race, I thought, ‘Holy shit, you could easily get tears looking at that’,” said Smith.

“I went around and everybody was clapping. I felt bad because I drove so bad and I hate driving like that.”

Despite being several seconds off the pace, Smith said he doesn’t see any reason why he shouldn’t keep contesting the annual event.

Smith has played a part in several drivers’ careers, including the likes of Scott Dixon and Brendon Hartley.

Van Gisbergen and Greg Murphy, both of whom raced in the grand prix alongside Smith, also received support early on in their respective careers.

“I do it because I love the sport. I don’t have to win to get a thrill. When I’m helping young kids, when they go out and win a race I stand there and it’s like me winning it myself. It’s a thrill.

“I really enjoy working with young kids. It keeps you young. If you want to grow old, which we know we do, there’s no good talking to old people. They’re all wankers because all they want to do is tell you about their heart, their pills, their sore legs. I don’t want to hear any of that shit. I’ve got all the same complaints but you’ve got to live around it.”

Looking back on his 50 starts to date, Smith said his first New Zealand Grand Prix win in 1976 is his ultimate career highlight.

“To win your first grand prix, which you think you’ll never do, is exciting. Especially because in that era it wasn’t far away from when [Jim] Clark and those guys were coming over.

“You remembered them as the world’s greatest Formula 1 drivers. They were nice people. They would come and talk to you.

“Jim Clark sent out 25 pairs of overalls after Kerry Grant got burnt driving in a silk shirt, so he sent overalls out and said to distribute these to the New Zealand drivers.

“There are some very good stories you could tell what went on in those early days, which was great.”