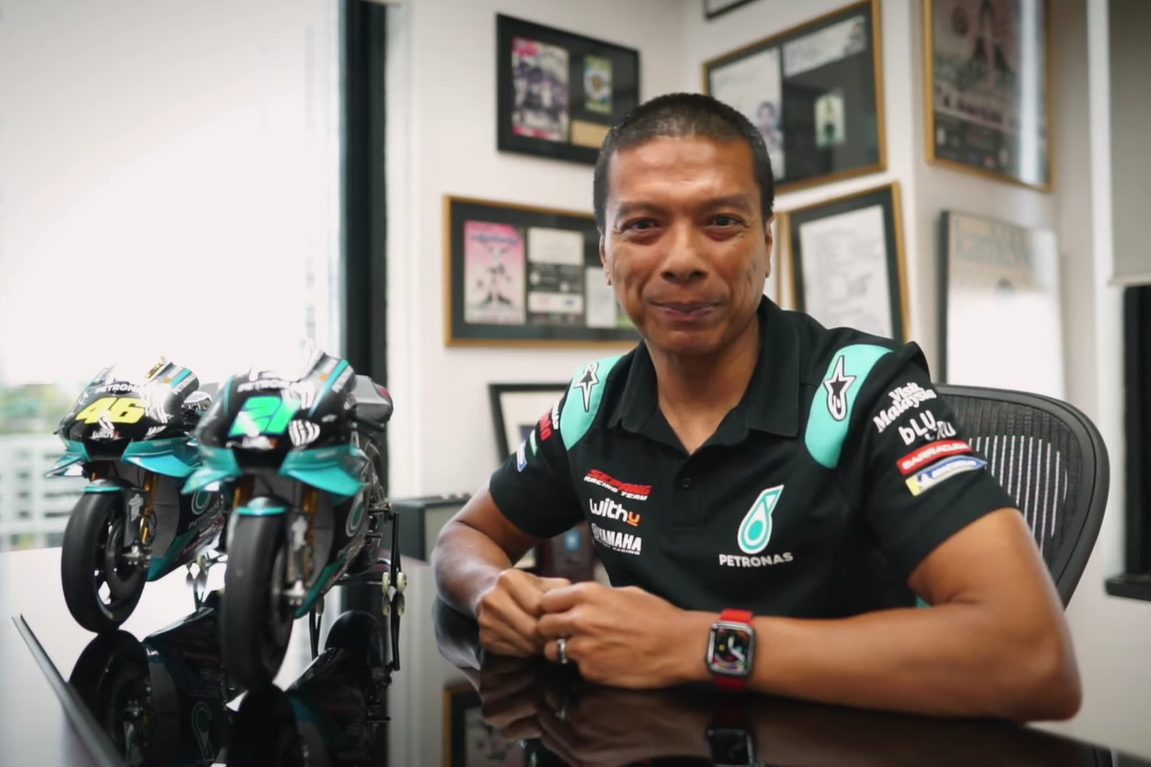 Valentino Rossi’s #46 has been seen on a Petronas SRT Yamaha for the first time, in the form of a scale model.

SRT has thus far not advised a date for its season launch ahead of Rossi’s first campaign away from the factory Yamaha team since 2012, but what appears to be its 2021 livery has been seen in a video announcing a sponsorship agreement with Green Power Generators.

The video features a piece to camera by Team Principal Razlan Razali from his office desk, on which models of the #46 and Franco Morbidelli’s #21 bike sit.

Unsurprisingly, those bikes feature a black base and Petronas teal, with Rossi’s number in his traditional yellow.

The Italian will ride a latest-specification YZR-M1 this year, having been promised full factory support by Yamaha Motor Racing Managing Director Lin Jarvis after last year passing up on a pre-season renewal due to poor form in 2019.

His compatriot and VR46 Academy protégé, Morbidelli, will race with an older technical specification, as was the case in 2020.

Ironically, Morbidelli finished runner-up on the ‘A-spec’ M1 last season, four positions up on Yamaha’s next-best in Maverick Viñales and six up on then team-mate Fabio Quartararo, who won the first two races.

Quartararo joins Viñales at the factory Monster Energy Yamaha squad this year while Rossi has a one-year deal with SRT, with that term in part governed by the imminent expiry of the current MotoGP team participation agreements.