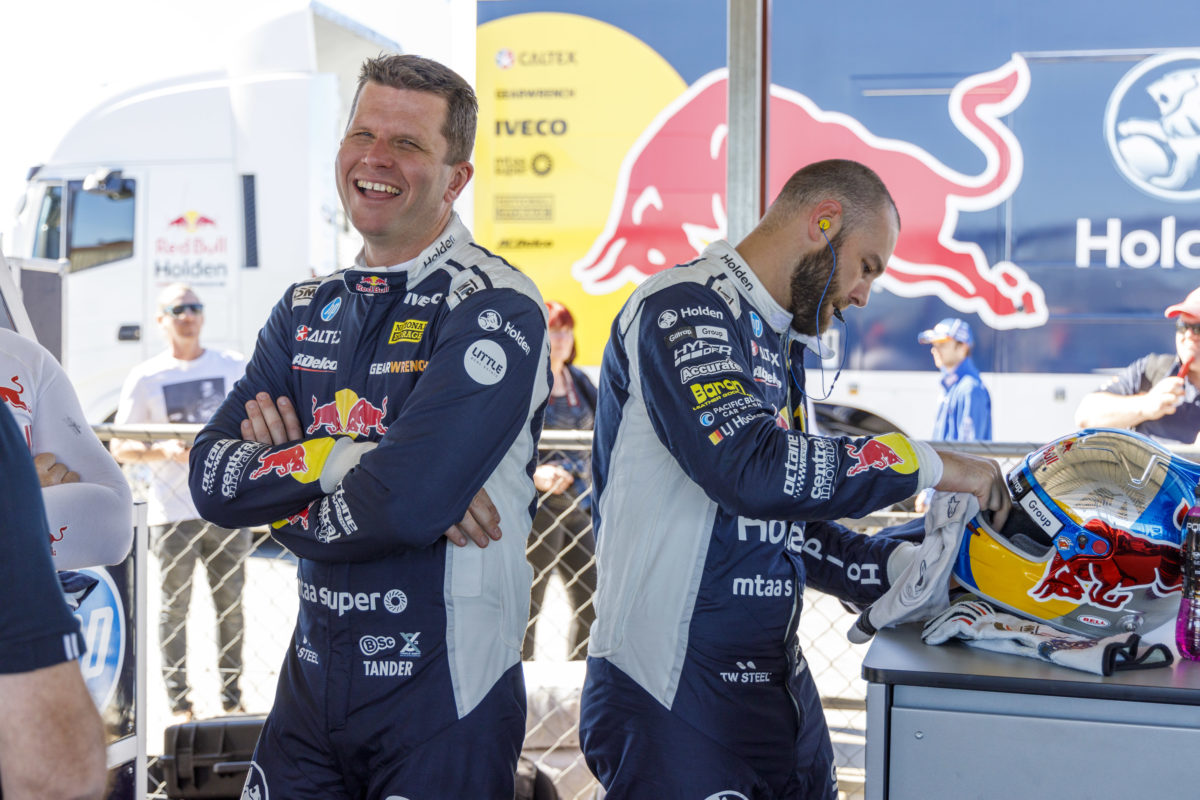 Triple Eight Race Engineering has earmarked the possibility of an extended run for Garth Tander should Shane van Gisbergen be unable to partake in pre-season testing.

Van Gisbergen remains stranded in New Zealand after a 72-hour halt on quarantine-free travel was extended out to at least January 31, 14:00 (AEDT).

As it stands, all arrivals into Australia from New Zealand must undergo up to 14 days of hotel quarantine.

With the pre-season test at Queensland Raceway less than two weeks away, van Gisbergen’s only hope is that the travel restrictions are lifted in time.

Should the Kiwi be unable to test, Tander is set to drive the #97 Holden ZB Commodore in his place. In any case, the team is preparing as though van Gisbergen will be on track.

“Obviously that’s a bit of a moving target at the moment,” said Tander of the travel restrictions when speaking with Speedcafe.com.

“I will be at the test regardless. The primary focus is to make sure we can have Shane back and he can do his preparation as much as he can as normally as he can.

“If that’s not possible, then the team has told me I might do more laps at that test day than originally planned.

“There’s a lot of moving parts to all that and hopefully he can be back in time for the test and it will be all normal and I’ll just drive the car at lunch time while he’s having a sleep.”

While team boss Roland Dane earlier this week said he wasn’t fazed if van Gisbergen was absent from the test, it would mean the New Zealander’s first chance to work with newly assigned engineer David Cauchi would be at the season opener.

The team has undergone a reshuffle in its ranks after Grant McPherson departed the team to join Walkinshaw Andretti United.

Tander said the first test would be a good opportunity for the engineering group to begin working together.

“For the team, there are not too many technical changes this year from a rules point of view so it’s very much just a ‘blow the cobwebs’ out type or arrangement,” he explained.

“There are some new relationships in the team with engineer swaps and things like that, so it’s a good opportunity for the team, all teams up and down pit lane, to get their head around that before they go fire a shot in anger at Bathurst at the end of February.”

Van Gisbergen returned to New Zealand after winning last year’s Bathurst 1000, before going on to win his class in the City of Auckland Rally and taking the overall Battle of Jacks Ridge victory.

Last weekend he contested the opening round of the Castrol Toyota Racing Series and the New Zealand Grand Prix, sweeping the three-race weekend.