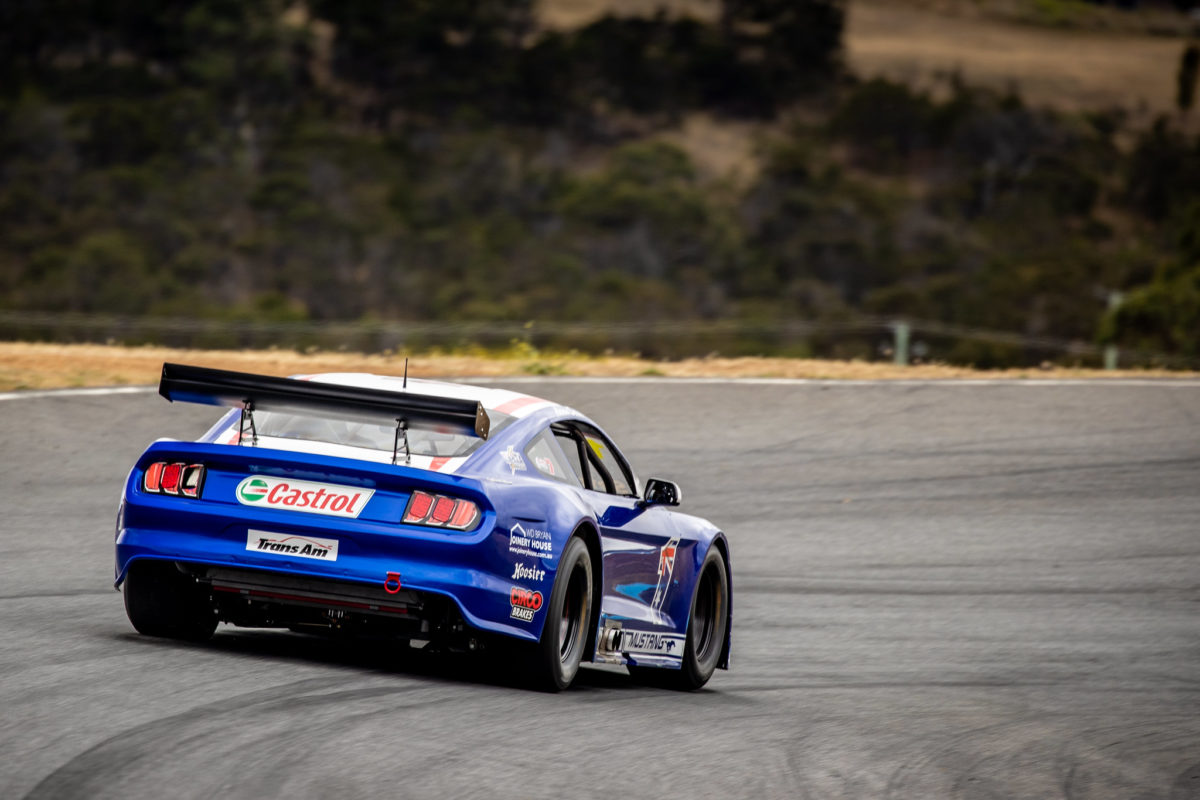 Aaron Seton has won both of the first two Trans Am races at Baskerville Raceway after Owen Kelly was penalised for nudging the third-generation driver off the road.

Kelly tailed Seton in the opener at the second Boost Mobile Race Tasmania event until penultimate lap contact which put the #1 Castrol entry into the dirt.

The former Supercars Championship driver was the provisional race winner while the future Super2 competitor salvaged second spot at the chequered flag.

Kelly believed that Seton had braked early but a five-second penalty was issued post-race and those positions were reversed.

There was little to separate the same two drivers in Race 2 but Seton survived a Safety Car period midway through to prevail by less than four tenths of a second.

A third 18-lapper will be held tomorrow morning before the Roadways Tasmanian Ten Thousand is decided over 25 laps, with $10,000 going to the victor of that feature race.