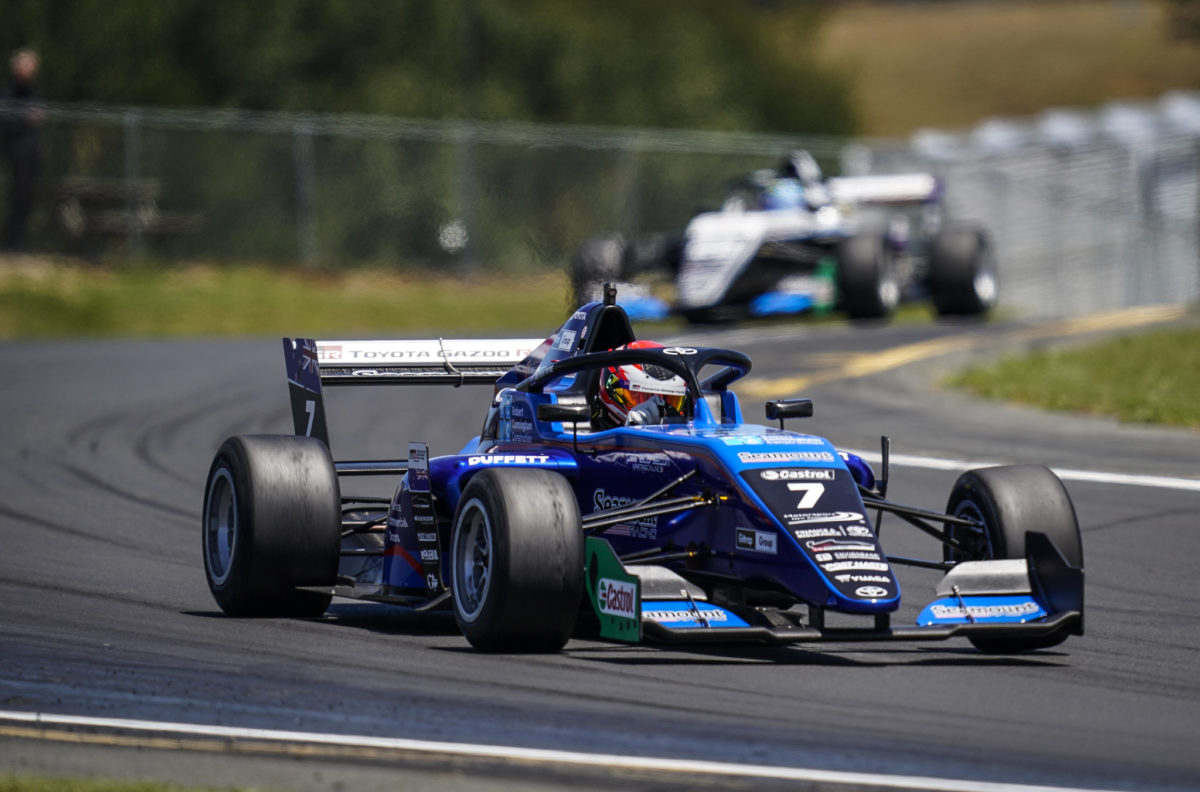 Matthew Payne has romped to a dominant sweep of the second Castrol Toyota Racing Series round at Hampton Downs to seize the overall points lead.

Having topped a tight morning qualifying session, Payne was relatively untroubled in the opening race.

He then stepped it up another level for the 30-lap finale with the Dorothy Smith Memorial Cup on the line, taking the chequered flag 14 seconds ahead of his nearest rival.

That next driver was Kaleb Ngatoa, who narrowly prevailed in a close scrap for third with Peter Vodanovich – only for the latter to eventually be disqualified for a ride height infringement.

That elevated Tom Alexander onto the podium, signalling a new-look top three compared to the opening race that had seen Payne lead home Vodanovich and Billy Frazer. 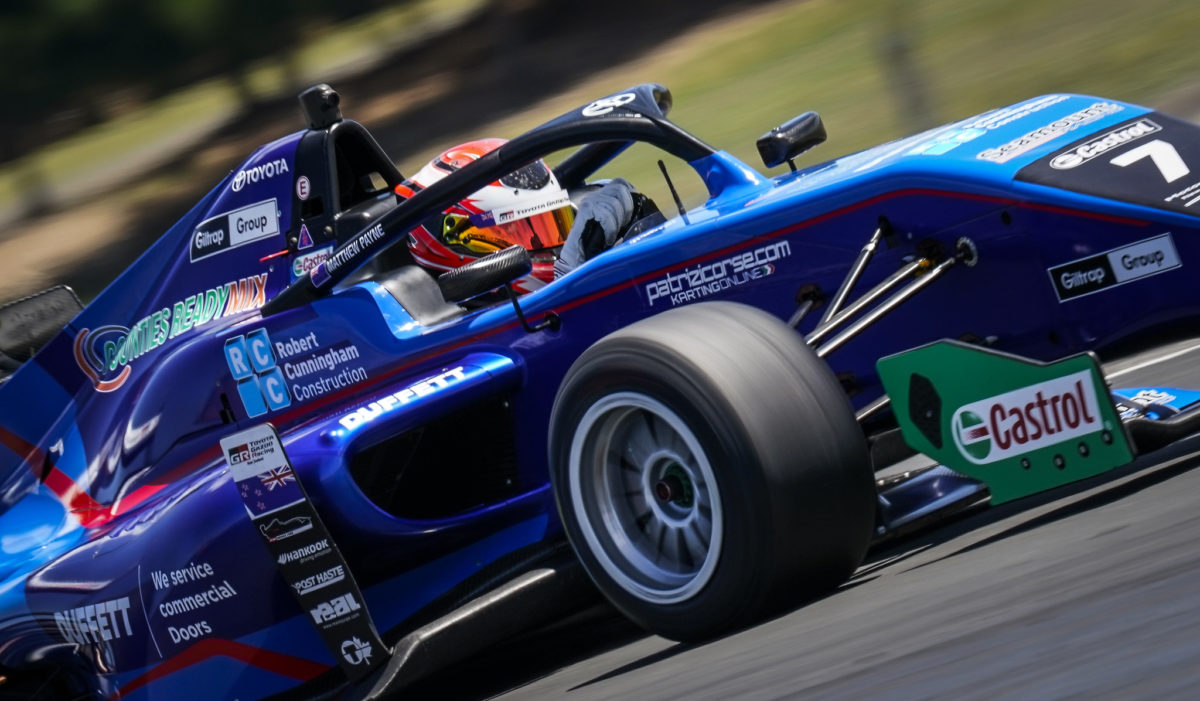 Despite his impressive victory margin, it was in fact not all smooth sailing for Payne, who required a last-minute change of gearbox oil prior to the feature race’s start.

“There were a few issues with the car before the race I was aware of and the boys were flat out fixing it, I can’t thank them enough, they did an awesome job and the car was flawless,” said Payne.

“I managed to get a good start and ran away with it and I just tried to push every lap.

“It’s going well and I cannot wait for Manfeild.”