Heimgartner: Van Gisbergen in another league

Heimgartner: Van Gisbergen in another league 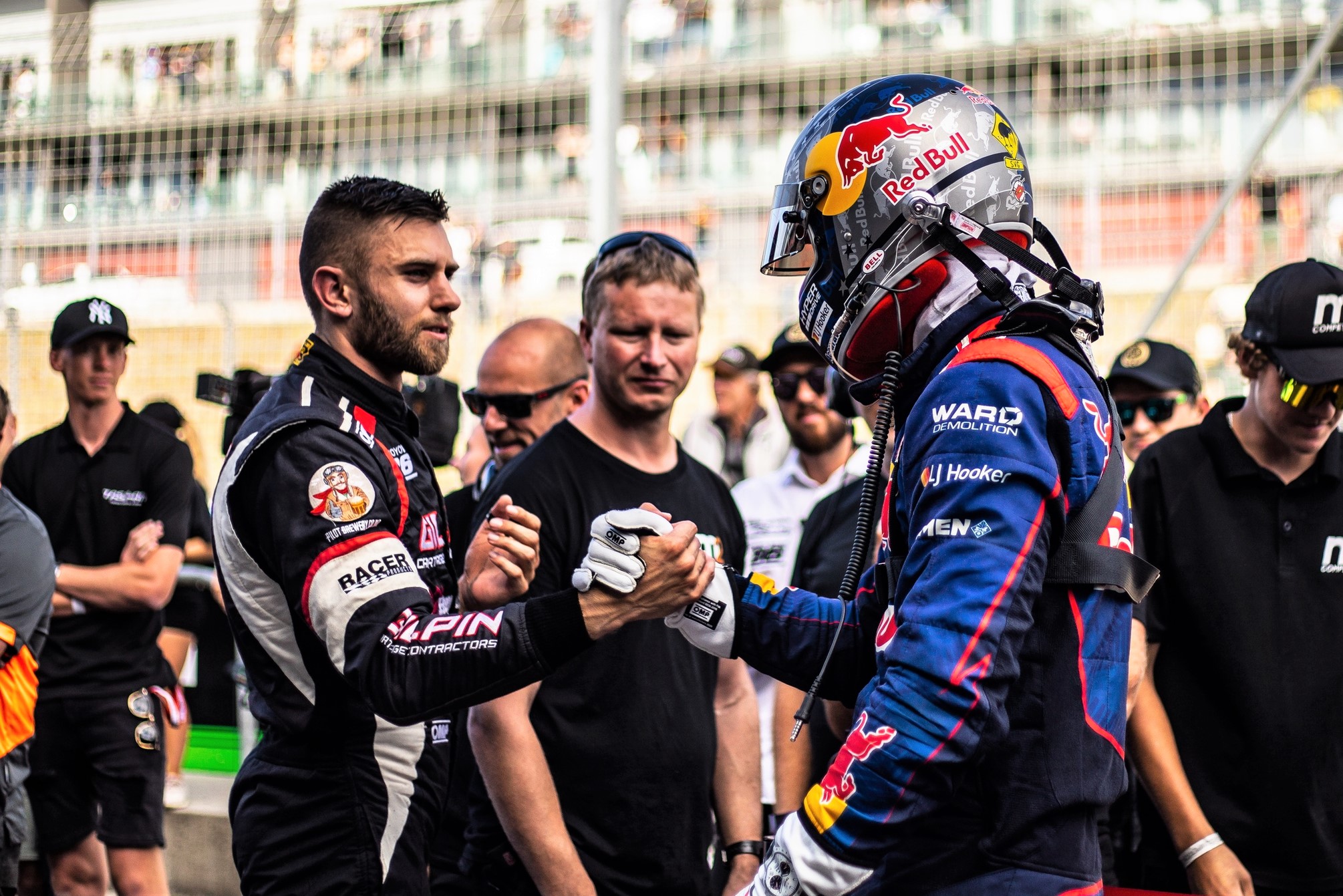 Andre Heimgartner says he thought a New Zealand Grand Prix win was within his grasp last weekend until Shane van Gisbergen appeared in his mirrors.

The Castrol Toyota Racing Series debutant was among the wildcards for the 66th running of the event at Hampton Downs Motorsport Park.

Having qualified seventh for the feature race, Heimgartner made early headway to put himself in contention to win.

Speaking with Speedcafe.com after the 28-lap affair, Heimgartner said he was confident he could pull off a pass to take the lead, but was ultimately usurped by van Gisbergen.

“I started seventh and within the first few corners I was up to fourth,” said Heimgarnter.

“I knew that over the race people would fade, so I just made sure that we didn’t make any mistakes or anything like that.

“I knew what I needed to do. Unfortunately, Shane was a bit too fast to keep behind.

“The last two races were the same. I caught up to [Gaunt] and managed to pass him. So, if it wasn’t for Shane coming through, I knew I could have got him at some stage.

“At that point I thought it might have been in our grasp, but it’s just one of those things. I was looking in the mirror thinking, ‘Shit, where is he?’ and looking for how many cars behind he was.

“He did an amazing job to pass that many people. He’s been in a league of his own with speed.”

Nevertheless, the Kelly Grove Racing driver was pleased to come away with second place considering his lack of single-seater inexperience.

The last time Heimgartner raced one was a Formula 3 car in 2013 in Australia, and before that he had only driven national Formula Ford and Formula First in New Zealand.

The Auckland-born driver said he relished the opportunity to contest the grand prix.

“It’s obviously something completely new for me,” he explained.

“I’ve never driven these sort of cars before apart from once in a Formula 3 race in Australia. I really enjoyed the challenge.

“The driving style is really different. The way you set up the car is totally different. Unfortunately, we didn’t really get on top of it until the Sunday. The other guys had a big jump start and unfortunately that sort of played out in the pace we had in the race.

“Overall, second, I would have been absolutely stoked if you had told me that at the start of that weekend. It was awesome action out there. Good, clean racing.”

Heimgartner is awaiting an update on the travel bubble between Australia and New Zealand as he looks to return across the ditch to begin preparations with his new-look Kelly Grove Racing team ahead of the Supercars season.