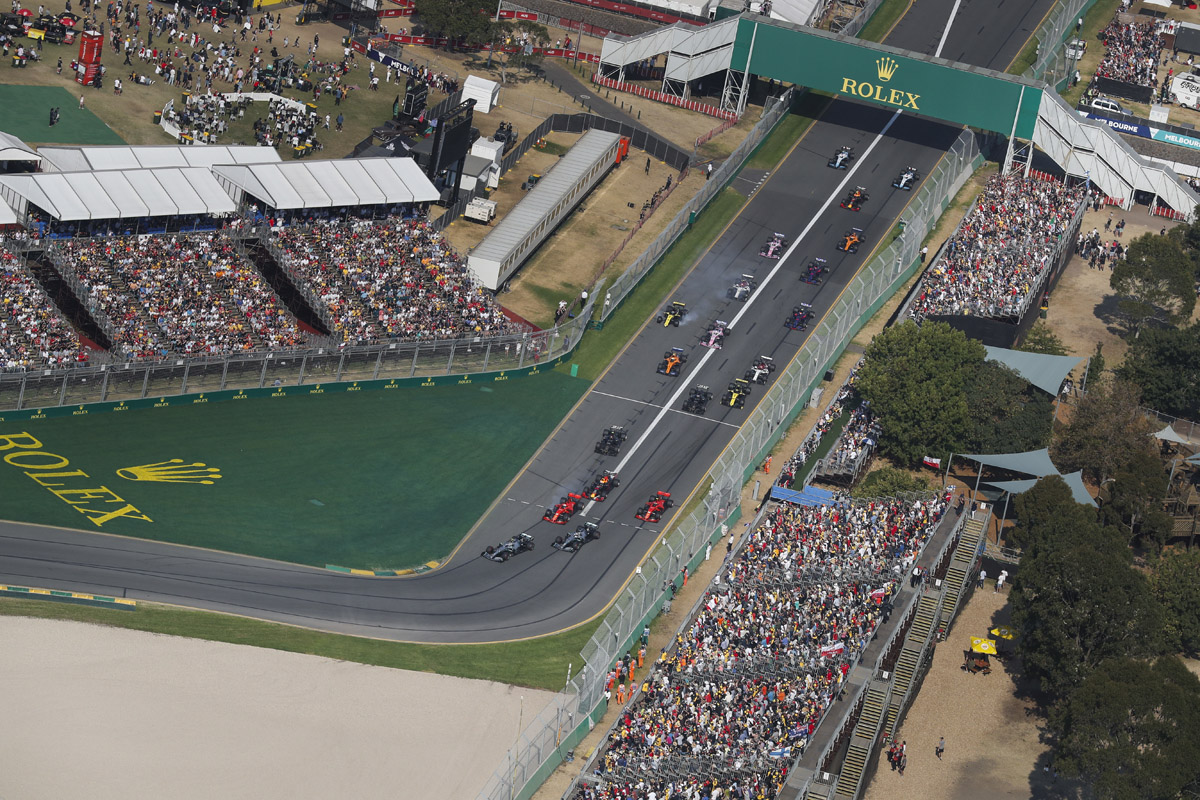 Further detail has emerged on track changes at Albert Park

Details of the changes to the Albert Park circuit on which the Formula 1 Australian Grand Prix takes place have emerged.

Organisers in Melbourne were planning to resurface the 5.3km circuit following the 2022 event.

The event’s postponement to November has now created an opportunity to bring that forward in time for this year’s race.

It will be the first time the venue has been resurfaced since it first held world championship competition in 1996.

Part of the resurfacing work is also set to include tweaks to the circuit design in an effort to open up greater overtaking opportunities.

Work has already been carried out to widen the pit lane, which could see the speed limit raised.

Organisers in Melbourne have been working with Formula 1 with a view towards resurfacing the circuit in time for the sport’s next generation of rules.

The deferral of this year’s race means there is insufficient time between the 2021 and 2022 events to complete a resurfacing and allow time for dismantling and reconstruction of the temporary venue.

As a result, the works are being looked at with a view to be completed in time for November, integrating the planned changes otherwise earmarked for next year’s race.

“We’ve got good dialogue about where the specs and the cars are going to be for 2022,” Andrew Westacott, Chief Executive Officer of the Australian Grand Prix Corporation, told Speedcafe.com.

“One of the things that takes a fair bit of time is to actually look at a circuit and take into account its design based on the very important work, projected performance of the cars from the simulation and performance point of view.

“What we want to do… I guess the overriding principles of looking at and finalising what we can achieve by when is that, like any good circuit, we want to actually be able to reward brave driving.

“We want to be able to penalise sloppy driving.

“The circuit does need resurfacing so there are some areas where we can adjust camber and provide alternate and multiple lines into particular turns on the circuit.

“An example of that might be Turn 13, where there’s really only one line into that and you can’t actually overtake on the outside, because it’s negative camber.

“If that was positive camber and it was slightly widened so you had multiple options for the apex and so on, then suddenly with not terribly much effort you’re actually making a number of changes, a number of opportunities to enhance more than one path into particular turns.

“I think that the turns that present themselves with the opportunities for review tend to be Turn 13, Turn 3, maybe even Turn 6 a little bit with just changing the apex of the turn a bit.”

Pressed on the changes, Westacott added that a change in apex would likely see the corners opened up, rather than tightened, coupled with widening on approach. 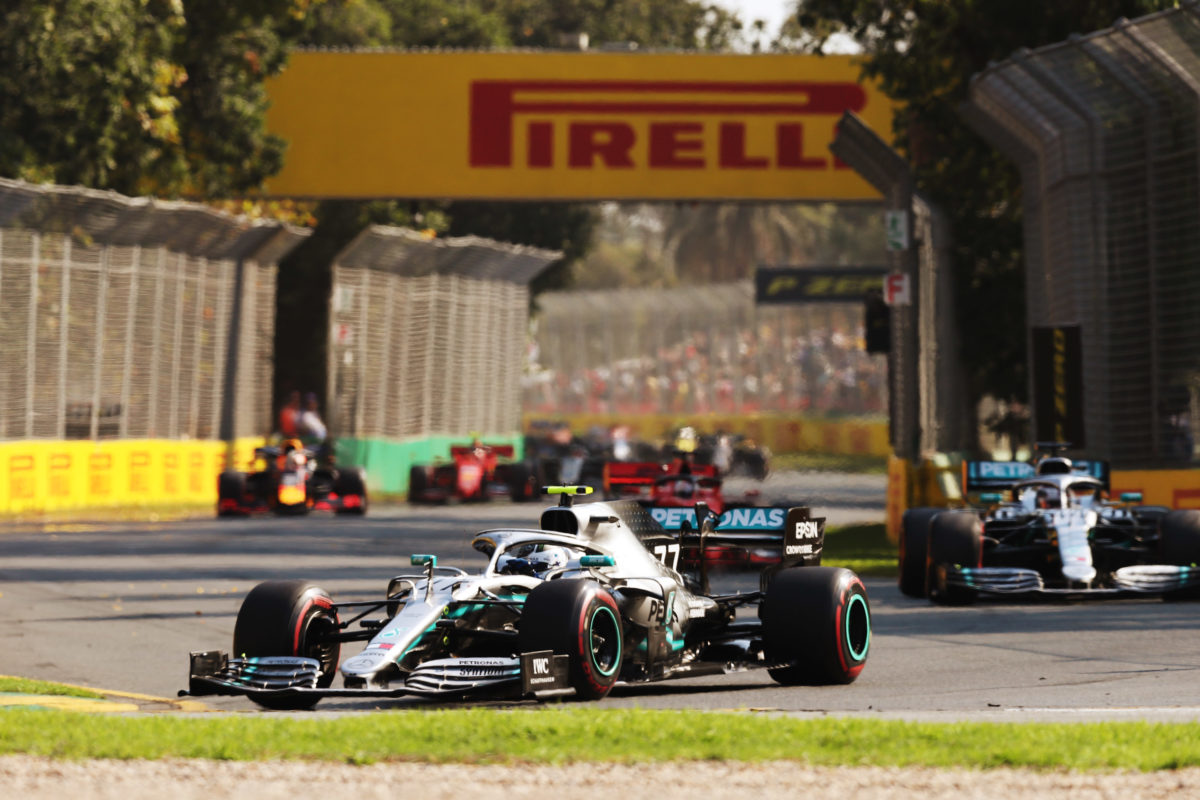 “What it does is it actually provides more than one single pathway and one single line,” he reasoned.

“The reality is that we’ve actually got to take into account the circuit design based on some of the physical impediments that are there – swimming pools, ovals, and a lake – and so therefore, by and large, you have to work with the geometry that you’ve got.

“So there’re subtle evolutions and changes along the lines I just talking about, there’s the potential by widening pit lane for the FIA to increase the speed limit in pit lane from 60km/h now to 80km/h, which therefore provides less of a penalty for a pit stop.”

Work is also going into the asphalt mix with considerations over the balance between grip and tyre degradation.

Asked about proposed changes to Albert Park, Mercedes driver Valtteri Bottas stated that he hoped any resurfacing would retain the character of the circuit, singling out the bumps that help define it as a street circuit.

According to Westacott, while that style of feedback is taken onboard, it’s often at odds with the requirements of the FIA when it comes to circuit homologation requirements.

“It’s a little bit of a challenge because the obligation that we have is to have the circuit layout in conformance with the FIA guidelines and regulations,” Westacott said.

“The FIA guidelines and regulations are somewhat opposed to what Valtteri and others say in terms of character.

“Now, a street circuit does still lend itself to having bumps and other things.

“If anyone’s ever ridden a circuit on a pushbike, just going over the painted white parking bays creates a vibration.

“So I think our first obligation is to put a circuit down that is in conformance with the FIA guidelines and specs, but I’d hope that if we get enough changes and improvements in a variety of the parameters then the rest of it will still make for a very, very exciting drivers circuit.”

Timing on the works has not yet been set, with weather in Melbourne and the timing of the event, and need for construction, among the considerations.

“We’ve just got to have some pretty robust scheduling reviews and so on over coming weeks to see what’s possible to achieve it,” Westacott admitted.

“Because there’s also the colder months, which aren’t always conducive to relaying of quality asphalt.”

The 2021 Formula 1 Australian Grand Prix is scheduled to run across the November 18-21 weekend.