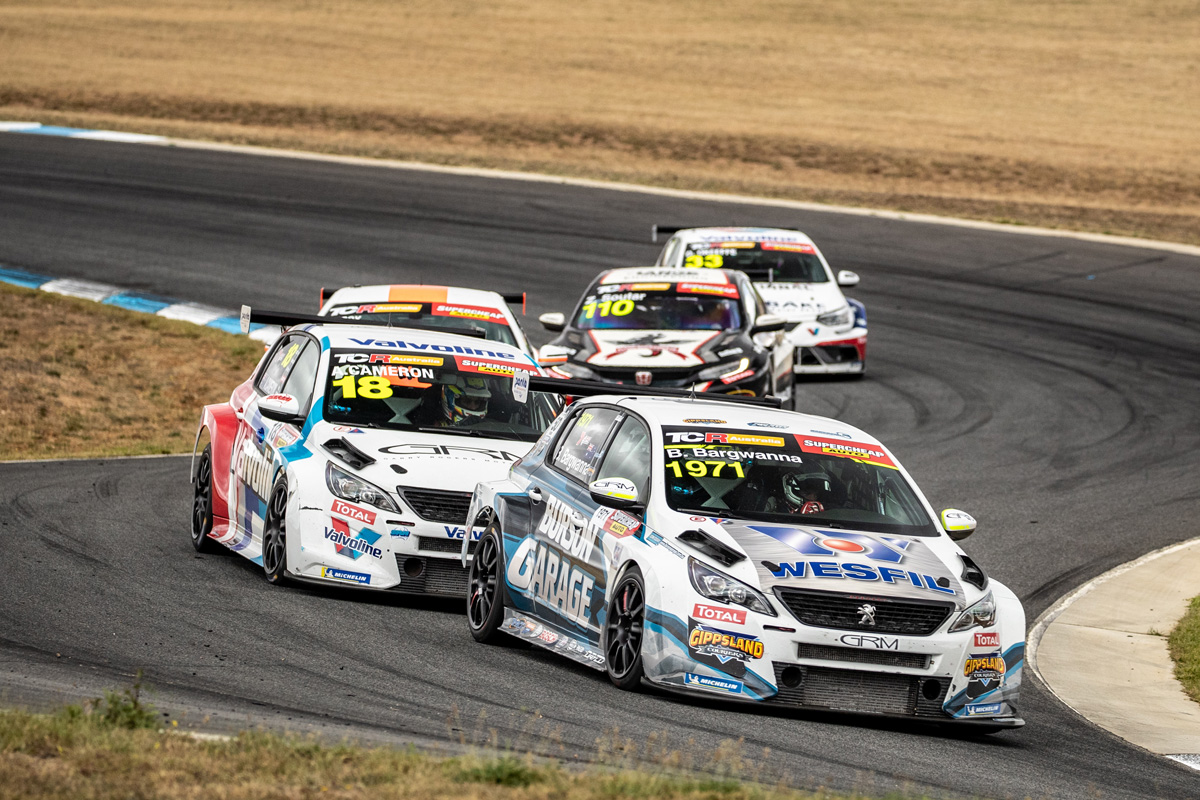 Jordan Cox and Ben Bargwanna have taken a victory each from Saturday TCR action at Baskerville Raceway.

There was more bad news for GRM this afternoon when Dylan O’Keeffe crashed in Race 2, bringing an early end to the 10-lap heat.

That ensured Bargwanna would hold on for victory in the reverse grid affair, less than half an hour after series leader Cox had clinched the opener.

Another three TCR races are scheduled for tomorrow.