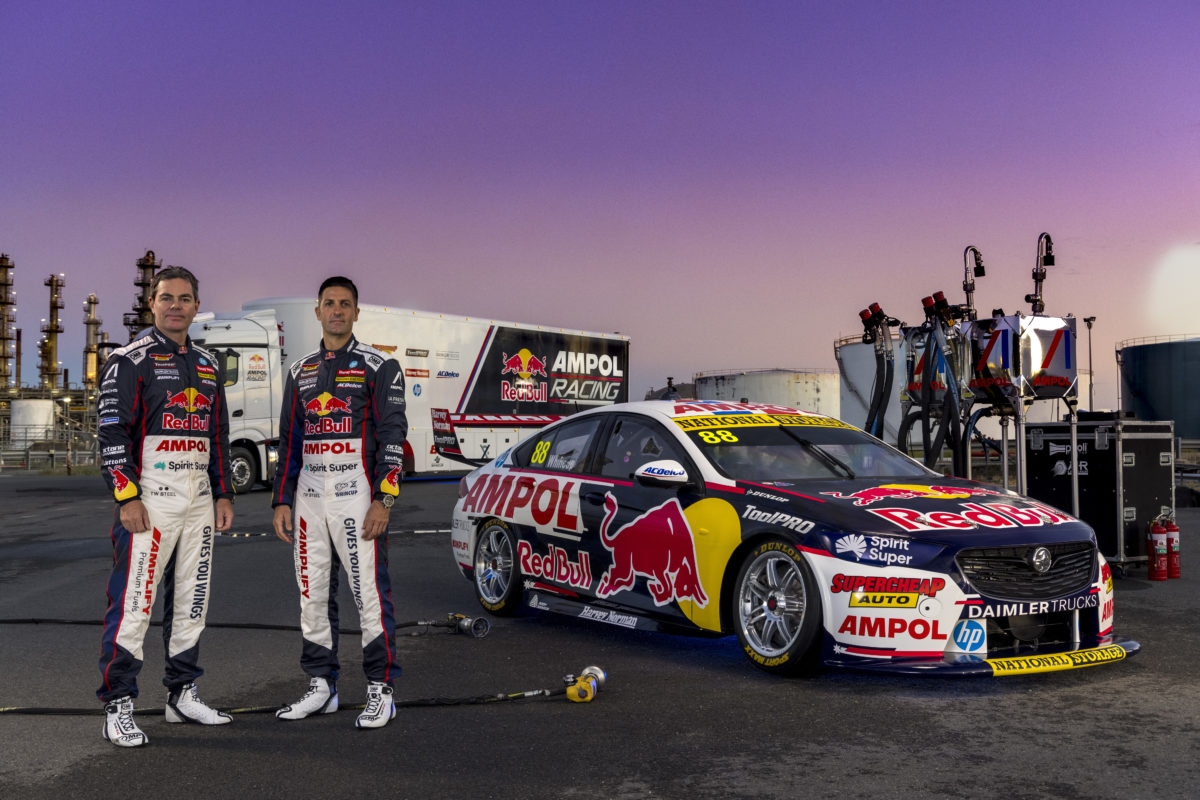 Triple Eight Race Engineering has revealed the livery which it will compete with as Red Bull Ampol Racing in 2021.

The Banyo-based squad begins a new era after the retirement of Holden and consequent loss of its factory status but will continue to field ZB Commodores for one more season, for Jamie Whincup and Shane van Gisbergen.

Notably, Garth Tander was also present as the covers were peeled back live on Seven’s Sunrise, the West Australian having predicted a new enduro deal with Triple Eight on the morning after winning last year’s Bathurst 1000 with van Gisbergen.

In Holden’s place on its race cars, Ampol has moved up to co-naming rights status alongside Red Bull in a look which the team describes as “an eye-catching blue camouflage design”.

Automotive retailer Supercheap Auto has also joined Triple Eight’s partnership portfolio, as announced earlier this week, while the Lion badge remains on the grille of the car.

“It’s great to have Ampol deepen their commitment to the team to become co-naming rights partner for season 2021 and beyond,” said Whincup.

“They’re an iconic Australian fuel and convenience company that are driven by high-performance, which aligns to our team values. We’re proud to partner with them as they revitalise the Ampol brand.

“I think the car looks fantastic too. It’s pretty out there and there’s quite a bit going on, but we’re not trying to be the quiet achievers and I think the car suits our style.”

Van Gisbergen added, “I really like the look of our cars this year – they’re really cool.

“We obviously finished the 2020 season on a high with a Bathurst 1000 win, so I’m looking forward to the 2021 season kicking off and having Ampol along for the ride.”

Ampol is in fact Triple Eight’s longest standing sponsor, in a relationship which dates back to 2005 when it was known for marketing and corporate purposes as Caltex.

Ampol’s Executive General Manager – Retail, Brand and Culture, Joanne Taylor said, “Ampol is focused on delivering world-class fuels that support better journeys for all Australians. To see the Ampol brand return to Supercars as co-naming rights partner of Red Bull Ampol Racing is a great alignment of the performance our fuel delivers.

“We look forward to further building our partnership with the team and see Jamie and Shane take to the track under the new Red Bull Ampol Racing banner in 2021.”

The 2020 Bathurst 1000-winning team is set to undertake pre-season testing at Queensland Raceway on February 12.

Van Gisbergen, however, could miss the northern-based teams’ first track activity ahead of this year’s Repco Supercars Championship due to the recent suspension of the New Zealand travel bubble.

The Kiwi has been at home since just after he and Tander delivered the aforementioned Great Race victory, and won last weekend’s New Zealand Grand Prix.

Craig Lowndes and Whincup were front and centre for the television unveiling and press photographs, having partnered up for the last two years’ worth of enduros.

While drivers are the same, there has been an engineering shuffle at Triple Eight due to the move of Grant McPherson to Walkinshaw Andretti United.

Whincup and Cauchi won championships together in 2014 and 2017, the most recent two of the 37-year-old’s seven to date. 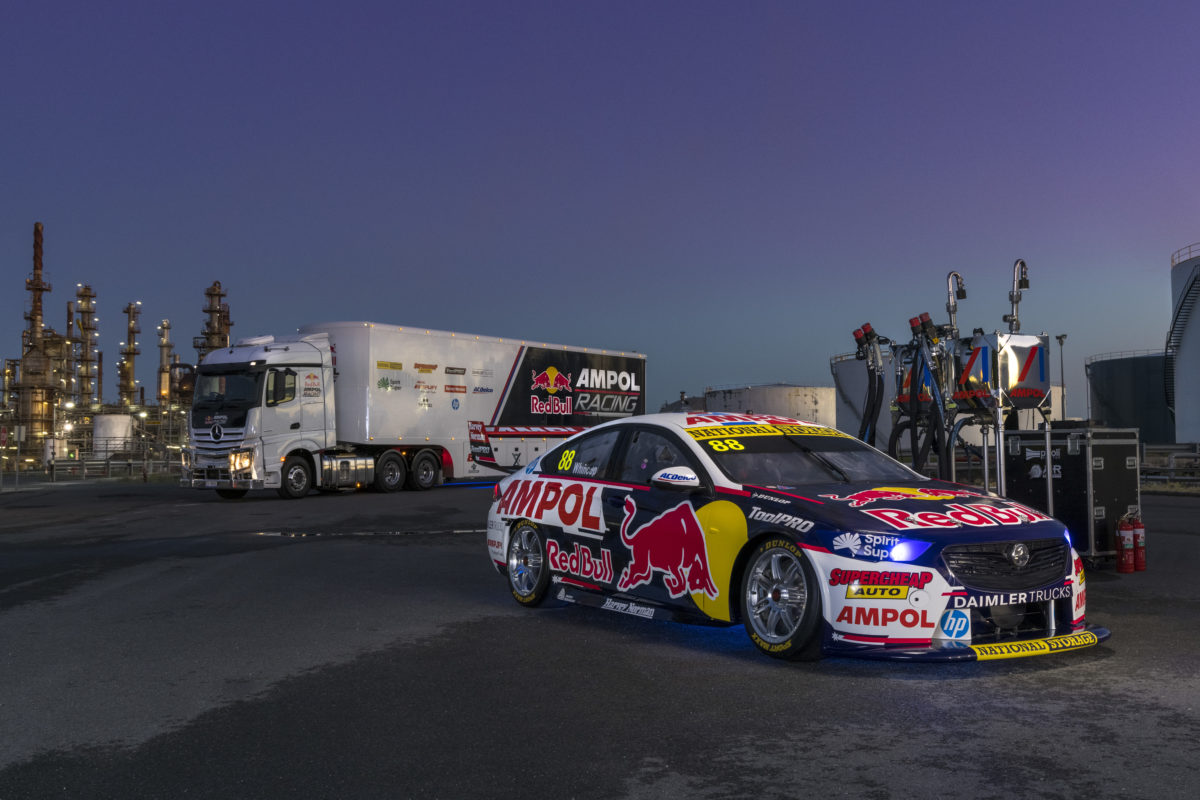 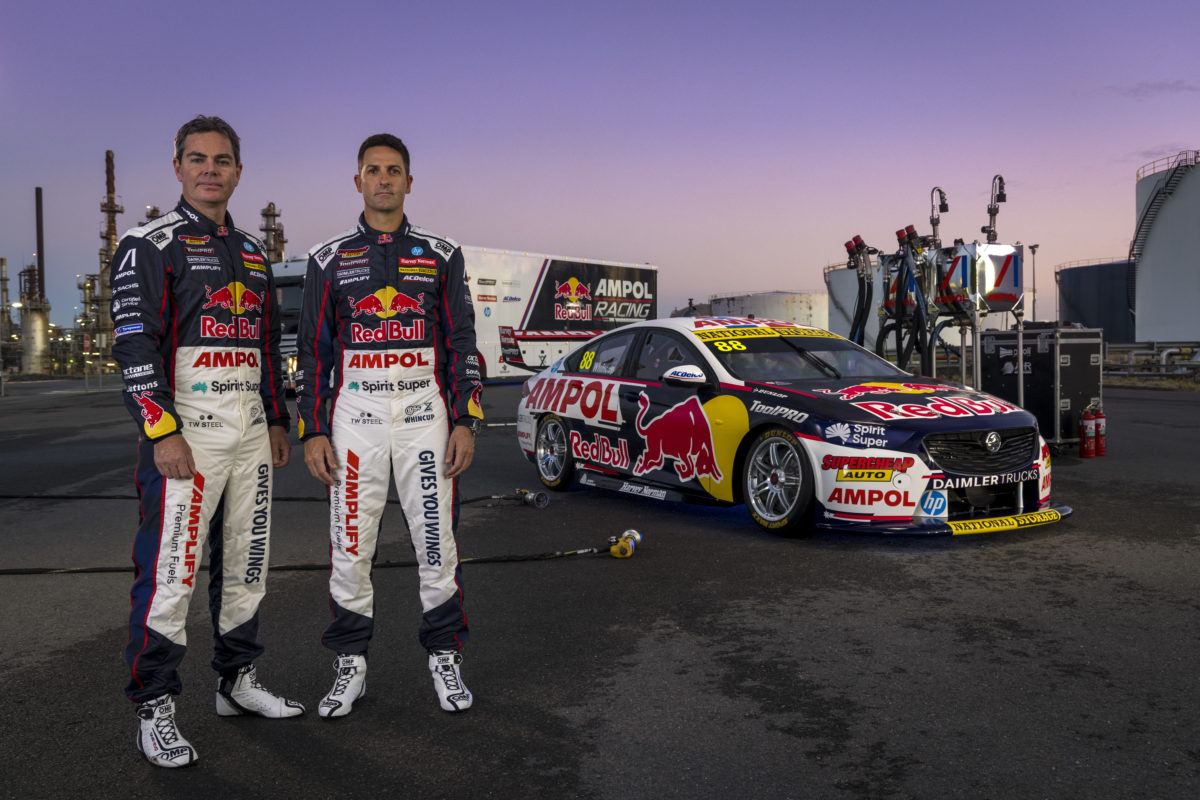 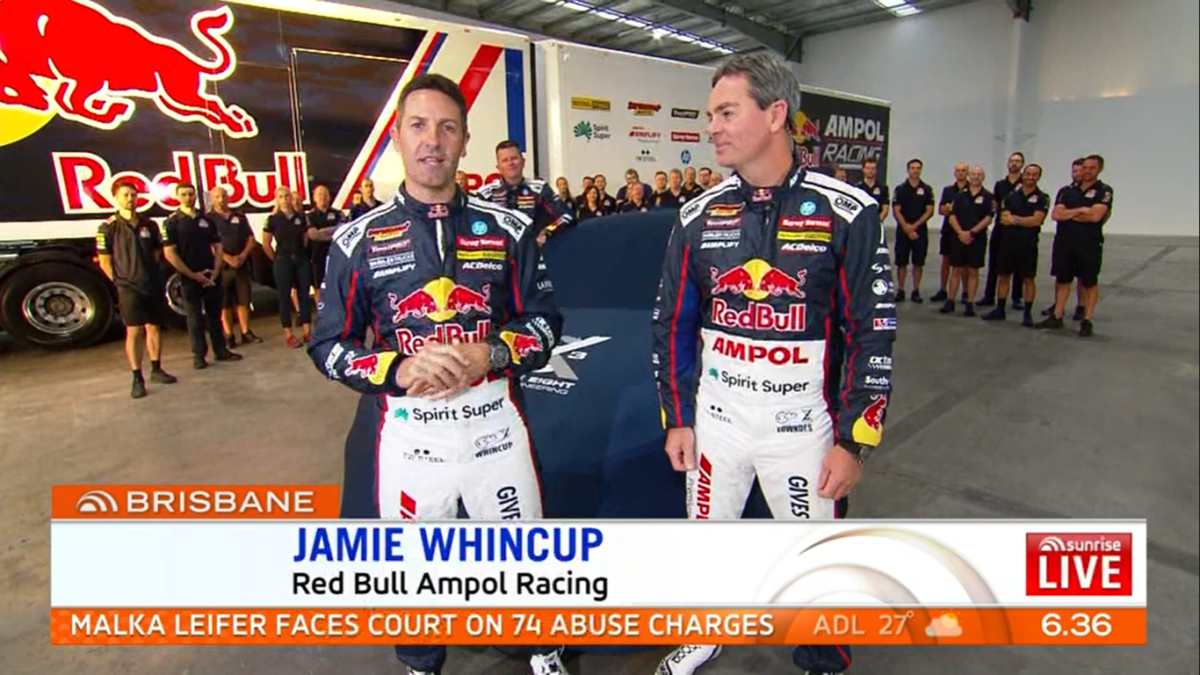 Garth Tander stands at the rear of the car Picture: Seven Network