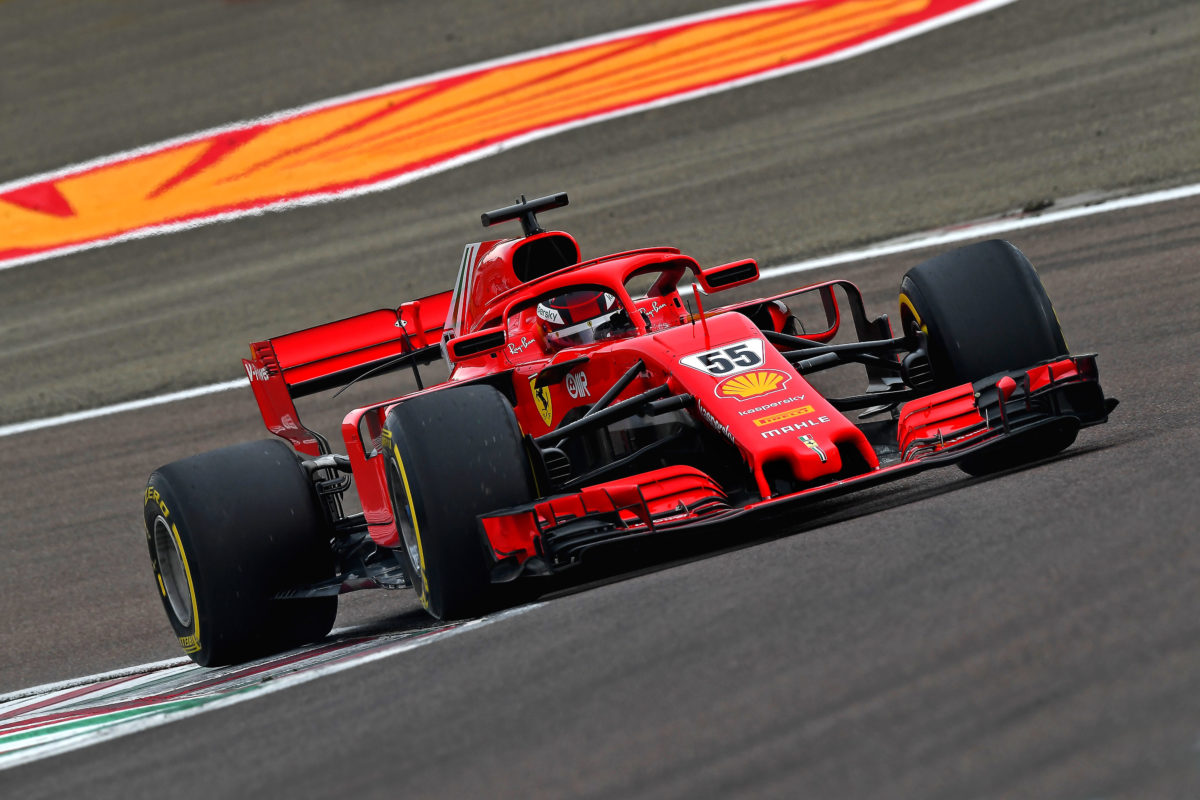 Carlos Sainz has commenced his first test for Scuderia Ferrari with a full day in a 2018-spec car at Fiorano.

Having inked a deal to move from McLaren before the last season began, Sainz was assigned one-and-a-half days in the SF71H in what is a five-day test.

The Spaniard notched up over 100 laps in a car which carried his customary #55.

“A day I will never forget,” he remarked.

“This morning, the alarm went off at dawn because we had some very early meetings before going out on track.

“One of the most special moments for me today was when I arrived at the circuit and I saw the Ferrari with my number 55 on it!

“I was eager to jump in the car and that first installation lap was exciting.

“Then we got down to work and I am very pleased with how the day unfolded.

“We were able to get through an extensive programme and I was able to familiarise myself with the whole set-up: the engineers and mechanics, the steering wheel, the procedures which are obviously a bit different to those on the car I drove last season.” Among those present at Fiorano were Carlos Sainz Snr and a man whom Sainz Jnr worked with at Toro Rosso, namely current Head of the Ferrari Driver Academy, Marco Matassa.

“It was very nice to have my father there at such an important moment in my career,” said Sainz.

“And I’d like to thank Mattia [Binotto, Team Principal], Laurent [Mekies, Sporting Director] and everyone at Ferrari for such a warm welcome and such a positive first day in the 2018 car.

“I am very happy and could not have wished for a better start.”

The 26-year-old continues in the car on Thursday morning (local time) before handing over to Mick Schumacher.

Proceedings at Fiorano conclude on Friday, when Callum Ilott takes the afternoon shift, while Formula 1’s only official pre-season test for 2021 takes place at Bahrain on March 12-14.