Rogers satisfied at pulling off Race Tasmania after border dramas

Rogers satisfied at pulling off Race Tasmania after border dramas 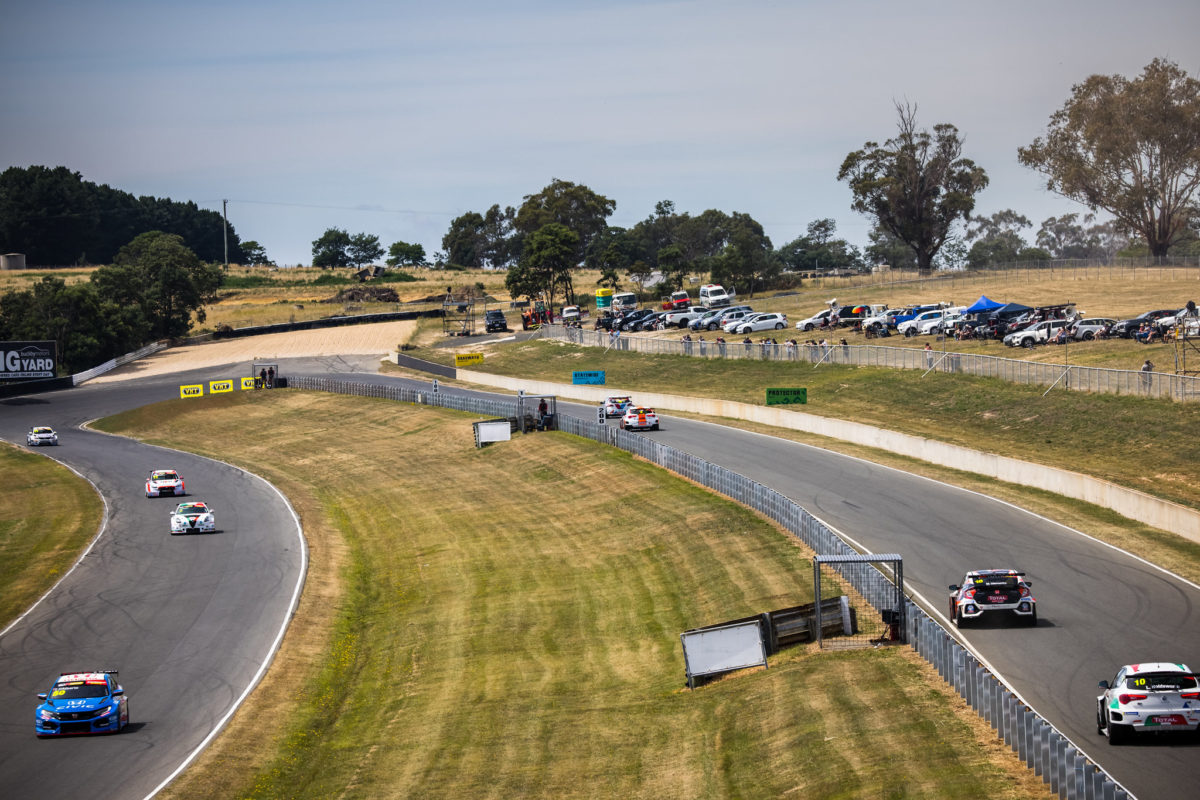 Barry Rogers says it was satisfying that Boost Mobile Race Tasmania could go ahead after separate COVID-19 dramas had threatened the participation of competitors from multiple states.

The first event at Symmons Plains proceeded from last Sunday to the Australia Day Tuesday, when the 2021 Supercheap Auto TCR Australia season kicked off as the headline act, with track activity to commence tomorrow at Baskerville Raceway.

Rogers wears many hats in the context of Race Tasmania: as promoter, along with father Garry; as a 47.5 percent shareholder of the Australian Racing Group which owns four of the categories on the bill; and as Team Director of Garry Rogers Motorsport, which enters cars in TCR and S5000, as well as being technical partner of the latter.

The headache caused by the Sydney Northern Beaches cluster had been all but solved when a second mess was created by the Brisbane coronavirus scare, just over a fortnight out.

While the Sydney Hobart Yacht Race, which would have commenced on Boxing Day, was cancelled for the first time in its 75-year history due to the initial border closure, Rogers was able to arrange exemptions for those coming from Sydney and Brisbane.

As it happened, most restrictions were lifted before the Symmons Plains meeting began, but only two days prior.

By then, the events had already been committed to, thanks in no small part to the co-operation of the Tasmanian Government.

“We’re incredibly happy that we went racing and pleased that we pressed on with the event,” Rogers told Speedcafe.com.

“There were plenty of doubters out there [questioning whether] it would go ahead, so it was satisfying to get out there and race, to be honest with you.

“[It occurred] in an environment where you have to work through some protocols and things, but it all happened and we certainly had a lot of assistance from the Tasmanian Government, which made the process a lot easier for us.

“The whole attitude was ‘Let’s make this happen, it’s just how it can happen.’ They weren’t giving us reasons why it couldn’t happen; they were giving us the solutions to make it happen, and that’s sort of how it all unfolded.

“To be honest, we were fortunate as well with how things unfolded on the mainland with regards to COVID in recent times.

“You’re in the hands of the gods with that all the way long but that sort of fell into our lap a little bit, but luck favours the brave, I suppose, and we got there, so it was great.”

Crowd attendance at Symmons Plains was capped at 5000 per day, an allocation which was sold out on both of the days when racing took place.

Those that could get into the race track bore witness to a packed programme which included not only Supercheap Auto TCR Australia but also the VHT S5000 Australian Drivers’ Championship, Gulf Western Oils Touring Car Masters, Trans Am, HQ Holdens, Hyundai Excels, and Improved Production.

Rogers is a great supporter of the old-fashioned schedule which saw rapid turnover of a variety of categories.

“We just want to go racing and that’s what we’re all about, and providing a basis where we can put on some good categories, get back to the old days a little bit; one category on, one category off,” he noted.

“Sure, you still have issues with Safety Cars and things that can slow things up along the way, but generally you just want the fans to sit there and enjoy a day at the car races.

“And to me, if they enjoy a day at the car races, they’ll start coming; if they start coming, the sponsors’ll be onboard; and if the sponsors are onboard, teams’ll be able to fund a bit of racing, and away you go.

“It all sounds simple, I know, but I think it is pretty simple. I think we tend to overcomplicate it at times, but if you provide fans with what they want, there’s every chance you can sort of keep going.

“We were really pleased with the turnout over the weekend. It was restricted due to COVID, we could only get 5000 a day there, so certainly Monday and Tuesday we achieved those numbers and on Sunday we were a little short of that, but not by much.

“It had a great feel around the place, there was a good buzz.”

CLICK HERE for this weekend’s schedule for Baskerville Raceway